Scientists hoped the lander might be hit by a Martian dust devil to help extend the life of the Marsquake-detecting robot.

June 22 (UPI) -- NASA's InSight Mars received a reprieve allowing it to conduct science for another several weeks before shutting down as it nears the end of its battery life.

The agency announced Tuesday that instead of automatically shutting down its last operational scientific instrument, the seismometer, at the end of June as planned, the device will continue operating until late August or early September. 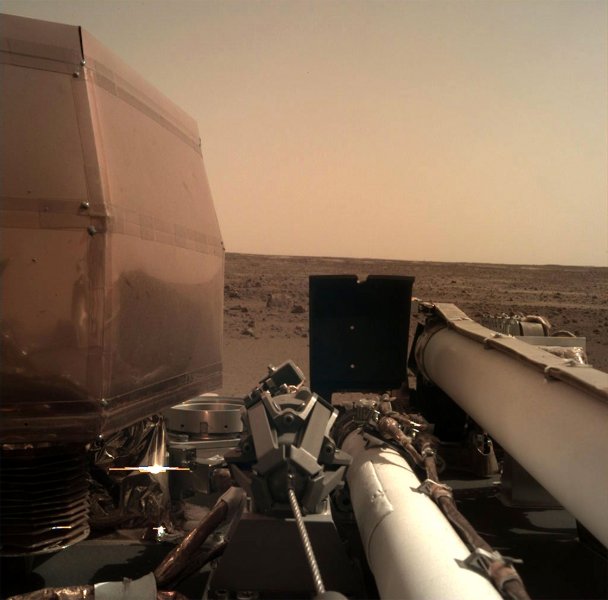 "InSight hasn't finished teaching us about Mars yet," said Lori Glaze, director of NASA's Planetary Science Division in Washington, D.C. "We're going to get every last bit of science we can before the lander concludes operations."

In order to allow InSight's seismometer to run for as long as possible, NASA is shutting down the lander's fault protection system, which, if operating, allows ground controllers to react to sudden, unexpected events on Mars.

"The goal is to get scientific data all the way to the point where InSight can't operate at all, rather than conserve energy and operate the lander with no science benefit," said Chuck Scott, InSight's project manager at NASA's Jet Propulsion Laboratory in Southern California. 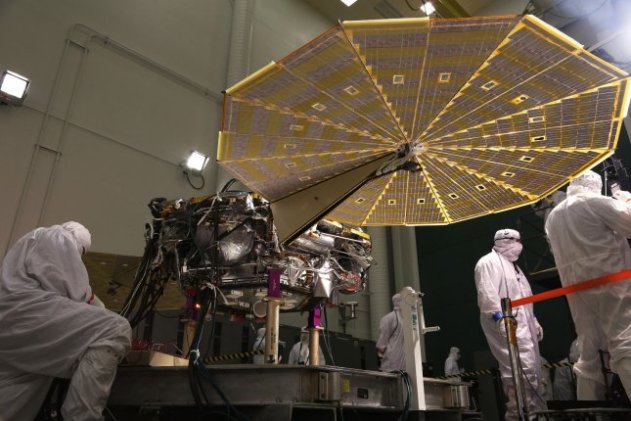 While in the landed configuration for the last time before arriving on Mars, NASA's InSight lander was commanded to deploy its solar arrays to test and verify the exact process that it will use on the surface of the Red Planet.(Lockheed Martin Space)

NASA announced in May that it expected InSight to run out of power sometime this summer because dust had covered its solar panels. Scientists hoped the lander might be hit by a Martian dust devil, which could clear dust off the panels and possibly allow it to properly charge up.

Bruce Banerdt, the principal investigator for the InSight mission and a principal scientist at NASA's Jet Propulsion Laboratory, said the possibility of this happening isn't likely, but it's not entirely out of the question.

InSight touched down on Mars' surface in 2018 with the primary goal of studying seismology, weather, soil and the planet's magnetic field. Since the beginning of its mission, it has detected more than 1,300 marsquakes.