The most popular meteor shower of the year, the Perseids, will peak on the night of Aug. 11-12. Get ready for a star-filled summer night with meteors streaking across the sky.

One of the best meteor showers of the year will unfold next week during arguably the best time of the year to enjoy a night gazing up toward the heavens. And this year's edition will be enhanced by the moon phase.

The night of Wednesday, Aug. 11, into the early morning hours of Thursday, Aug. 12, is the peak of the popular Perseid meteor shower. It is often touted as the best annual meteor shower, in part due to the weather.

“The Perseid meteor shower offers a consistently high rate of meteors every year and it occurs in August when the temperatures are usually nice enough for a night under the stars,” the American Meteor Society (AMS) explained on its website.

Only December’s Geminid meteor shower boasts more meteors per hour, but cloudy and cold weather often accompanies the peak of this event across North America. 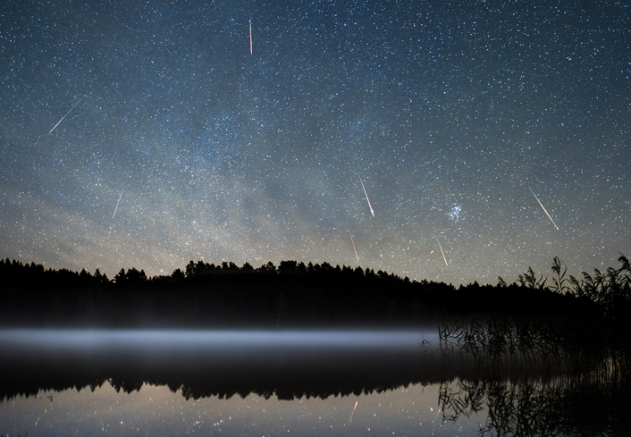 Meteors raining down from the sky during the Perseids in 2016. (Wikimedia Commons / Arnas Goldberg)

Meteors will begin to streak across the sky shortly after nightfall with hourly rates gradually increasing throughout the night.

Around 60 meteors per hour are expected in dark areas between 2 a.m. and 5 a.m., local time, according to the American Meteor Society (AMS). However, there could be a brief period where hourly rates approach 100 meteors per hour in remote areas devoid of light pollution.

This year is a superb year for viewing the Perseids as the meteor shower peaks on a moonless night, allowing onlookers to witness the shower’s full potential.

Last year, light from the moon disrupted stargazers during the second half of the night when the meteor shower peaked in activity.

Additionally, the Perseids in 2022 will peak on the same night as a supermoon. Light from the full moon will greatly reduce the number of meteors visible in the sky throughout the entire night, which may dissuade some from even going out for a night of meteor watching.

This late-summer meteor shower is named after the constellation Perseus, which rises in the northeastern sky around 11 p.m., local time.

“The meteors appear to radiate from around the constellation Perseus, but they can streak across the sky anywhere above you,” NASA said.

Instead of focusing on the constellation, it is best to lay on a blanket on the ground or to sit back in a lawn chair to see as much of the sky as possible. 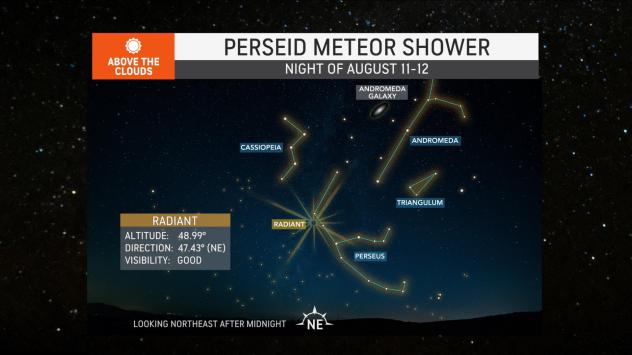 Every meteor associated with the Perseids can be traced back to the constellation Perseus.

Not only do onlookers need a good view of the sky, but they also need to pick a spot that is far away from light pollution caused by human-created lights.

Patience is also required to enjoy a meteor shower as it can take your eyes 20 to 30 minutes to adjust fully to the dark and be able to see some of the dimmer meteors. This means avoiding looking at any light sources like a cell phone.

However, it is important to check the weather forecast on the AccuWeather app before heading outside, especially since AccuWeather meteorologists are projecting cloudy conditions for some parts of North America on Wednesday night.

The best weather conditions for the peak night of this year are expected from the interior Southwest across the south-central U.S. where mainly clear weather is predicted. 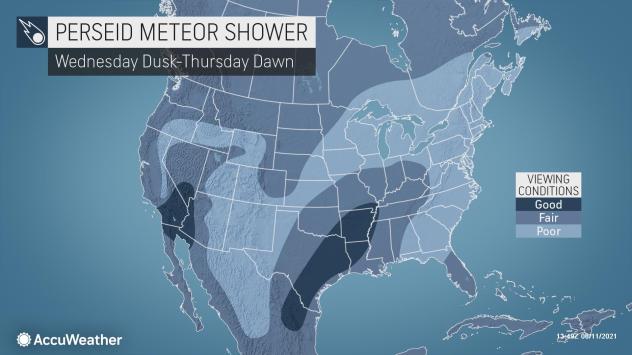 A few clouds could cause some disruptions around the Gulf Coast, but there should be enough breaks for folks to spot some shooting stars.

Other areas of the continent may not be as lucky. Partly to mostly cloudy conditions are possible across the northern tier and over the Appalachian Mountains, although there could be some breaks for stargazers around the Midwest and across the Canadian Prairies.

If it is cloudy on the night of the peak, skywatchers will still have a chance to see some shooting stars. 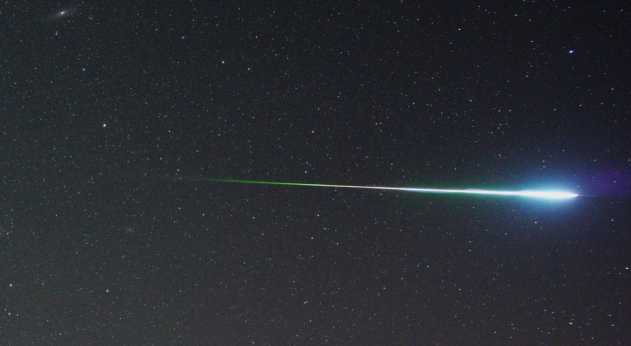 A close-up image of a Perseid meteor during the 2016 showing of the annual shower. (Image/ Wikimedia Commons/ Siarakduz)

“If you cannot observe on that night, activity will still be good on Wednesday and Friday mornings,” the AMS said.

The Perseids will wane after mid-August, with fewer and fewer shooting stars streaking across the sky each night.

The Perseid meteor shower is the last one of the summer, as stargazers will have to wait until the Orionids in mid-October for the next chance to spot meteors darting across the night sky.

Astronomy 8 of the best telescopes for beginner astronomers