How light pollution dimmed the stars, Milky Way across the globe

Imagine looking up into the sky and seeing the Milky Way surrounded by a countless number of stars every single night. This used to be the case around the entire globe, but lights from cities, towns and highways have polluted the sky, significantly reducing the number of stars and other celestial objects that would otherwise be easy to see.

Nearly every single person living in North America and Europe lives under a light polluted sky. There are only a few corners of these continents that are so remote that light pollution is not an issue.

“We found that about 83% of the world’s population and more than 99% of the U.S. and European populations live under light-polluted skies,” researchers at the World Atlas of Artificial Night Sky Brightness said in a 2016 report.

“Due to light pollution, the Milky Way is not visible to more than one-third of humanity, including 60% of Europeans and nearly 80% of North Americans,” the researchers declared.

This pollution washes out all but the brightest stars, planets and the moon to onlookers. Some people that have spent their entire life in or near a city may have never seen the Milky Way or a meteor shower due to light pollution.

One factor that has contributed to the increase in light pollution in recent years is the implementation of light-emitting diode (LED) bulbs. Although they are more energy-efficient than incandescent lightbulbs, they are also much brighter.

“Transitions to LED lighting greatly increase this 'skyglow,' because the clear sky predominantly scatters short-wavelength light,” scientists pointed out in a 2017 report on light pollution.

Not only does light pollution affect the way people see the night sky, but it can also have negative health implications.

“The increased and widespread use of artificial light at night is not only impairing our view of the universe, it is adversely affecting our environment, our safety, our energy consumption and our health,” the International Dark Sky Association (IDA) warns on its website.

“Research suggests that artificial light at night can negatively affect human health, increasing risks for obesity, depression, sleep disorders, diabetes, breast cancer, and more,” the IDA reported. in an examination of the impacts artificial light has on human health.

We fight to end #lightpollution bc it negatively affects human health, wildlife, & the environment. But did you know that light pollution also has a significant impact on the economy & causes a major financial burden? Take a look at what light pollution is costing us. #IDSW2019 pic.twitter.com/GTtmFvKwzK

Stargazers trying to escape the light pollution should travel to a state or national park far away from populated areas.

Some national parks in the western United States are so remote that there is virtually zero light pollution. This includes parks such as Death Valley National Park in California, Capitol Reef National Park in Utah, Yellowstone National Park in Wyoming and the Massacre Rim Wilderness Study Area in Nevada, which was designated a Dark Sky Sanctuary in March. It's only the eighth location on Earth to be given such a distinction by the IDA. 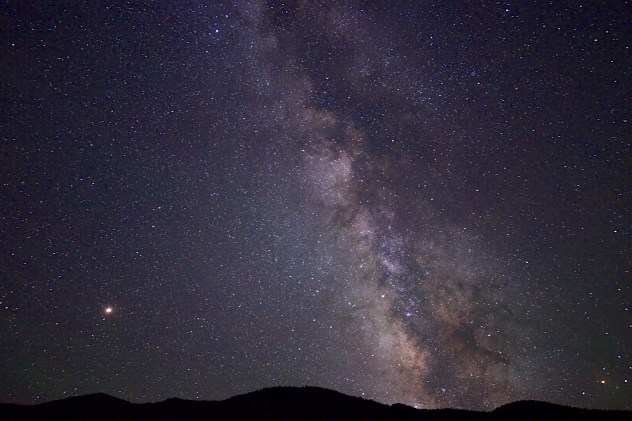 However, even in the darkest areas of the globe, light pollution can still be an issue.

Natural light pollution from the moon can disrupt stargazers, especially during or within a few nights of a full moon.

Meteor showers that peak on a night close to the full moon are often less impressive than other years, as light from the moon makes it difficult to see many of the dimmer shooting stars.

Folks planning for a night under the stars should pay close attention to the moon phase and what time the moon will rise and set. The best nights for stargazing are centered around the new moon, as long as clouds do not interfere. 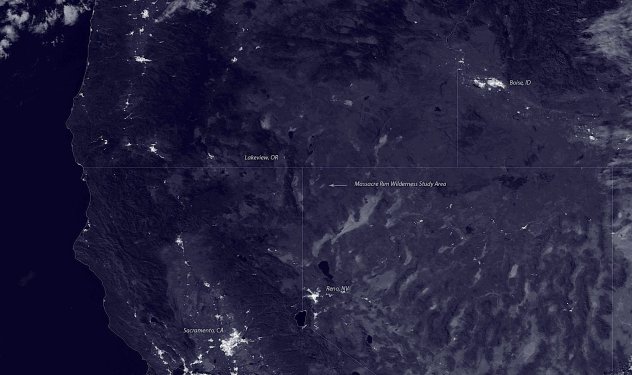 Light pollution has become such an issue that some politicians are starting to take action.

In early 2019, lawmakers in Massachusetts began considering a bill that would help to reduce light pollution by changing the types of bulbs used in street lights and provide new guidelines for permanent outdoor fixtures.

Denver is planning to install 44,000 advanced LED bulbs across the city that will emit less light pollution than the standard LED bulbs, the Denver Post reported.

The new lights will also be more directional, helping to limit the light pollution emitted from the fixtures.

People that want to reduce their contributions to light pollution in their neighborhood can follow these outdoor lighting basics from the IDA.