There are many celestial hot spots hidden around the United States that reveal the starry skies our ancestors once saw many years prior. Here are some of the best stargazing spots in the country.

A dark sky has become a rare commodity in the United States, but parks all across the country still offer stunning views of the cosmos and astronomy events of all varieties.

Light pollution is one of the biggest factors when it comes to stargazing, only second to the cloud forecast. Bright objects like the moon, planets and even some constellations can be seen from towns and cities, but to enjoy a meteor shower or to gaze upon the Milky Way, it is best to get as far away from human-created light pollution as possible.

Going to a local park can be a step in the right direction as parks are typically darker than a neighborhood with streetlights and lights from neighbors, but to enjoy everything that the night sky has to offer, some travel is required.

There are plenty of parks across the U.S. that are great for stargazing, but not every park is created equal or is as easy to travel to.

Here are five parks across the United States that are perfect for stargazers of all ages.

The northeastern U.S. is filled with forests that can serve as great spots for stargazing, but getting to some of these locations requires a lengthy drive through winding mountain roads.

One park that is easy to travel to and is far enough from the Northeast’s biggest cities to provide a pristine view of the night sky is New Hampshire’s Franconia Notch State Park.

Nestled in a valley in White Mountains National Forest, Franconia Notch is just a two-hour drive north from Boston along Interstate 93 and offers plenty to do before the sun goes down.

Franconia Notch is not the darkest spot in the Northeast, but it is dark enough for folks to see the Milky Way with the naked eye.

The faint glow of the northern lights may even be seen from the park on rare occasions when there is an outburst of solar activity from the sun.

Wildlife refuges do more than protect animals and fauna.

Stephen C. Foster State Park in southern Georgia consists of more than 400,000 acres and is dedicated to the protection and preservation of countless plants and animals. For instance, it is estimated that some 12,000 American Alligators call this park home.

The lack of human activity combined with efforts from the park staff to reduce light pollution led to the state park being designated as a Gold-tier International Dark Sky Park by the International Dark-Sky Association (IDA). 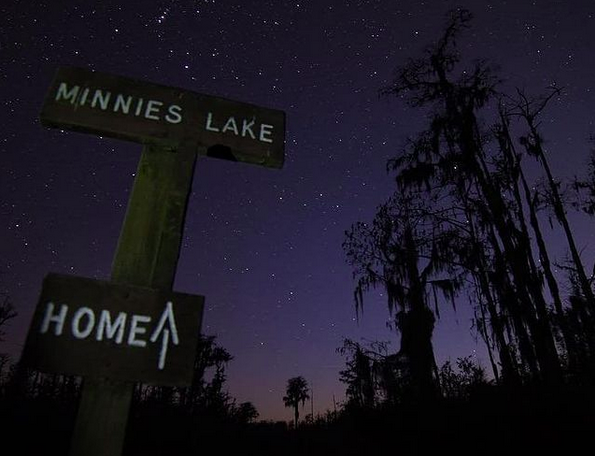 A view of the night sky in Stephen C. Foster State Park with a faint hint of twilight on the horizon. (Georgia Department of Natural Resources)

The Gold-tier classification is reserved for exceptionally dark areas, making it the perfect spot for viewing a meteor shower, seeing the Milky Way for the first time, or just a simple night of stargazing.

Stephen C. Foster State Park is the only spot in Georgia that has been awarded this honor by the IDA, making it the premier stargazing location in the Peach State.

Well off the beaten path in the Upper Peninsula of Michigan is a picturesque travel destination filled with breathtaking cliffs, caves and unique views after dark.

Pictured Rocks National Lakeshore is best known for its rock formations along the coast of Lake Superior. Its location makes it out of the way for most travelers, but the experience can be worth the long journey.

During the daylight hours, tourists flock to boats and kayaks to see the cliffs from a different perspective, with some even scuba diving to explore underwater features, including shipwrecks.

After the sun has set, the Milky Way glows overhead in a sea of countless stars, and on occasion, the northern lights dance overhead. But there is another hidden gem scattered across the landscape itself that is best seen after nightfall.

Rocks called Yooperlites are scattered across this region and glow orange under UV light due to minerals present in the rocks.

The glowing speckles embedded in the rocks almost look like the aftermath of a firework fading away in the night sky.

It is illegal to collect the rocks at the national lakeshore to take them home, but visitors can still scout the nearby landscape to find them and see the mystical rocks for themselves.

The Grand Canyon is one of the most popular national parks in the country and in the world, but the vast canyon is home to more than awe-inspiring rock formations carved out over the course of millions of years.

This is one of the national parks across the U.S. that embraces the phrase “half the park is after dark” to encourage visitors to soak in the night sky during their stay. 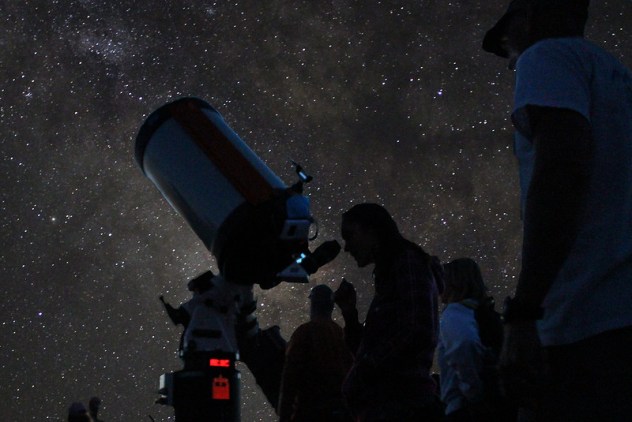 The elevation of the park makes it a prime stargazing location. The South Rim sits around 7,000 feet above sea level, while the North Rim is even higher at around 8,300 feet. This means that there is less atmosphere above the heads of stargazers, resulting in an even crisper view of the night sky when compared to dark locations closer to sea level.

However, the higher the elevation comes with lower temperatures at night. During the summer months, high temperatures at the South Rim often get in the 80s, but plummet after nightfall into the low 50s and upper 40s.

It can get even colder on the North Rim, so visitors should pack accordingly if they plan to spend some time under the stars during their stay at the Grand Canyon.

The deepest lake in the United States is perched atop a mountain in south-central Oregon, and visitors that come to see the pristine lake can also enjoy the sights above the park after nightfall.

Crater Lake National Park is just an hour and a half drive away from Medford, Oregon, but is far enough away from the city to offer visitors a star-studded sky over a mountainous landscape. 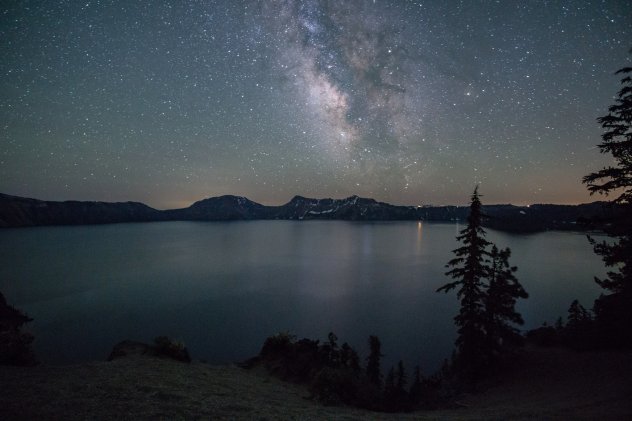 Similar to the Grand Canyon, the rim of the park sits around 7,000 feet above sea level, making it a great high-elevation stargazing destination.

Wildfire smoke is the biggest concern as fires burning across the region during this time of year can obscure the heavens and any astronomy events that may be unfolding overhead.

Frequent snow can make stargazing a challenge during the winter and spring. Yards of snow can fall during the biggest storms of the season, leaving some of the park’s roads buried for months at a time, making a simple visit to the park a challenge in itself.

No telescope is needed to enjoy a night under the stars, so look for a dark park nearby and enjoy a night soaking in what the cosmos has to offer.

How to see the International Space Station from your backyard
3 tips for stargazing without a telescope
When is the next solar eclipse in the US?