Severe storms to erupt over Plains yet again on Saturday

Storm chaser Melanie Metz recorded this as a tornado, which killed one person, tore through an area near Dalton, Minnesota, on July 8.

After portions of the High Plains were battered by large hail and isolated instances of damaging winds on Friday, meteorologists are closely monitoring another threat that is likely to occur across a swath of the Plains into the mid-Mississippi River Valley on Saturday.

While conditions over the Plains were generally quiet during the first part of Friday, thunderstorms began to erupt in the afternoon as the atmosphere becomes more conducive to promoting storm development. 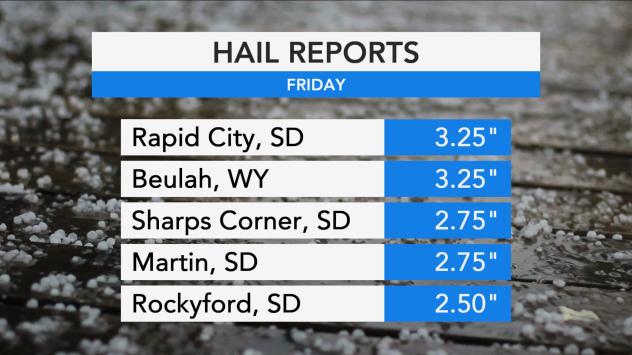 By Friday evening, reports of heavy winds and hail were widespread across the Plains, mainly in the Dakotas.

In the early night, a tornado was reported to have caused damage in South Dakota, after heavy wind and hail reports had already scattered the area.

Even on Saturday morning, thunderstorms were firing across parts of Minnesota. Through Saturday evening, these storms will continue southeastward through Rochester, Minnesota, Cedar Rapids, Iowa and even to Chicago.

Into the evening, hail and wind reports were widespread from Kansas up to Minnesota and Iowa, with a cluster of reports stretching through Indiana. Funnel clouds with brief touchdowns were reported in Becker County, Minnesota.

On Saturday evening, over 40,000 customers were out of power in Indiana, according to poweroutage.us. Over 16,000 were out in Michigan. 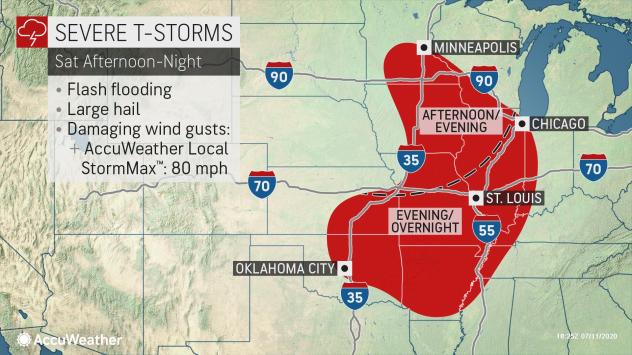 Cities such as Wichita, Kansas; St. Louis, Missouri; and Fayetteville and Little Rock, Arkansas, will be at risk of severe weather through Saturday night.

Although the main threat for severe thunderstorms is expected to dwindle after midnight, thunderstorm activity could linger through the nighttime hours, especially across the southeastern edge half of the threat zone, from central Arkansas to western Indiana. 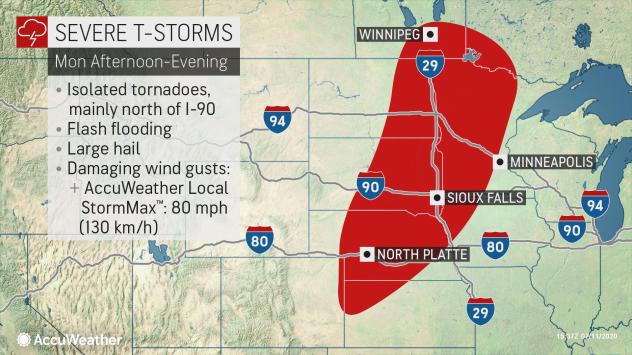 Thunderstorms erupting from southern Canada to northwestern Kansas could again be capable of producing damaging winds up to 80 mph, as well as flooding downpours and hail.

While the tornado threat is not as widespread, the most likely area for them to develop would be north of the I-90 corridor.