Multiple storms to trigger flooding, raise river levels in more than 6 states across central US

More than half a foot of rain could fall across parts of the central U.S. this week thanks to a pair of storms that will travel through the region.

Wet weather is taking over a large swath of the country from the Plains to the Mid-Atlantic for much of this week. Here’s why.

A pair of storms packing plenty of moisture will overlap enough to bring much-needed rain as well as trigger urban and small stream flooding in a large part of the central United States, AccuWeather meteorologists say.

The combination of a stalled cold front and storms moving along that front will lead to a wet pattern from the southern Plains to the Northeast this week. However, as AccuWeather forecasters have been saying since last week, the bulk of the rain will tend to focus on about a half-dozen states.

"A plume of subtropical moisture that extended all the way from the Pacific waters off of Mexico to the middle Mississippi and Tennessee valleys was evident on satellite images on Monday," AccuWeather Senior On-Air Meteorologist Mark Mancuso said. 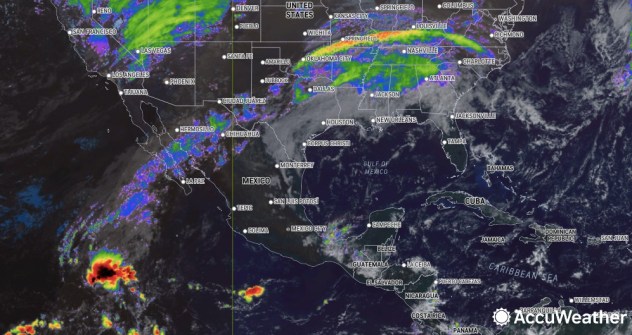 The first round of heavy rain, which occurred from Monday to early Tuesday dropped 1 to over 3 inches of rain on portions of northern Georgia, northern Alabama and southeastern Tennessee. Additional rounds of rain will follow and are likely to be centered farther to the west and north into Thursday night. Two of the top rain reports from late Sunday to Tuesday evening were found in Scottsboro, Alabama (5.72 inches) and Big Canoe, Georgia (4.71 inches). 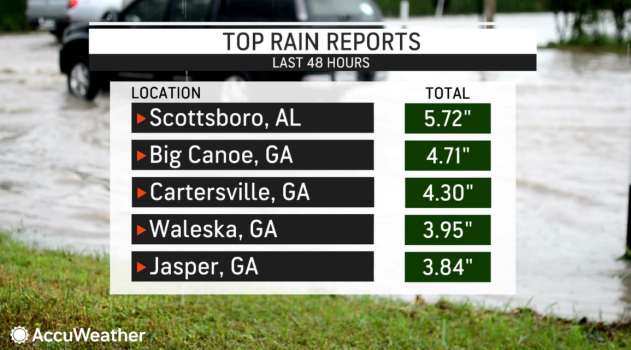 Just as from Monday night, a substantial amount of that rain may fall over the course of several hours. In Chattanooga, Tennessee, firefighters responded to a flooded scene in a local woodland area Tuesday night, executing a search and rescue along with other agencies. The mission ended with a dog rescued in the search, with several more secured in the area. 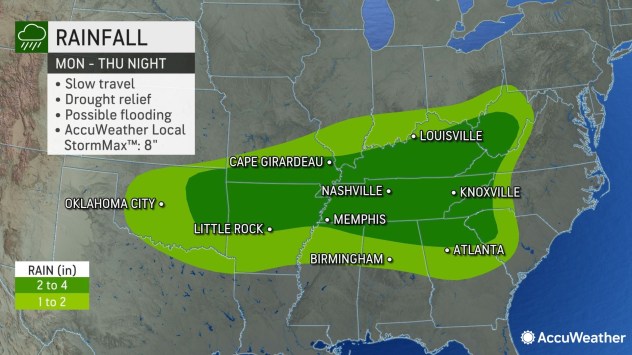 AccuWeather meteorologists believe that motorists should allow extra time for commutes as excess water on the highways will raise the risk of vehicles hydroplaning. Travel in the major cities of Nashville and Memphis, Tennessee; Little Rock, Arkansas; and others in the Interstate 40 corridor could adversely be affected.

Much of the rain from the second storm may focus on the Ozark Mountains from Wednesday night to Thursday.

The overlap of some of the rain from the second storm on top of the saturated ground from the first could become problematic and become the tipping point for small stream flooding in some areas from Wednesday night to early Friday.

The AccuWeather Local StormMax™ rainfall of 8 inches can occur anywhere in the 2- to 4-inch rainfall zone. 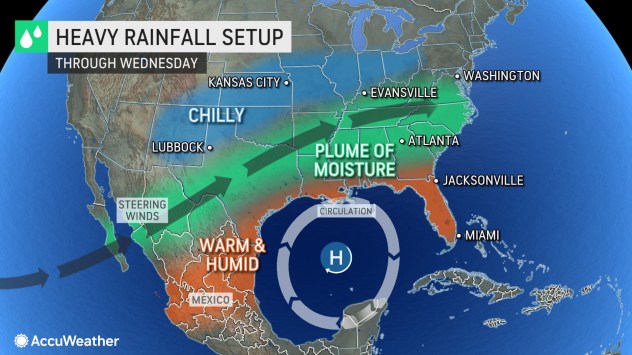 A third storm will travel across much of the same area over the weekend and could release another 1-4 inches of rain. With low evaporation rates this time of the year, the ground is likely to remain saturated. Small streams may rise more quickly this weekend than during the week as a result.

Prolonged rainfall could be beneficial in some areas

Most of the major rivers will be able to absorb the rain with few problems, and the rain may prove to be briefly beneficial for transporting goods along the Mississippi and Ohio rivers in the days ahead. River levels will likely rise a few feet or more on portions of the Mississippi, Ohio, Kentucky, Arkansas, Tennessee and others in the region. 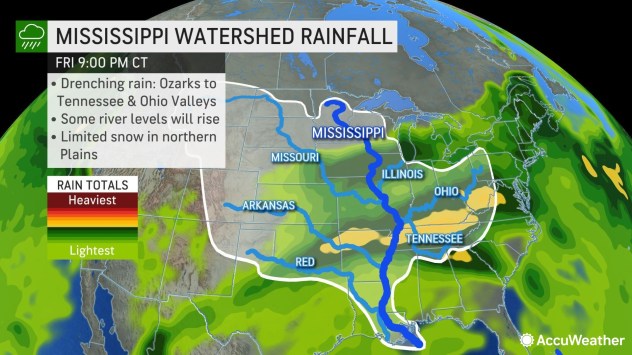 "As runoff from the rain this week works its way into progressively larger rivers, a significant boost in water levels is likely along a portion of the Ohio and lower Mississippi," AccuWeather Senior On-Air Meteorologist Justin Povick said.

Record low water levels occurred along a vast stretch of the lower and middle Mississippi River late this summer and autumn. Water levels were so low that barge traffic was suspended or severely limited on the waterway. A single barge can transport dozens of truckloads of grain and other commodities. 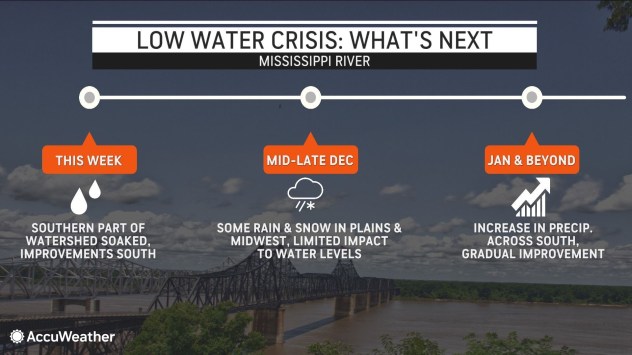 As rain from storms that affected parts of the region flowed into the Mississippi, some temporary spikes in river levels occurred. This week's storm duo may lead to another several-foot surge of water that works downstream from the lower Ohio to the lower Mississippi in the coming weeks. 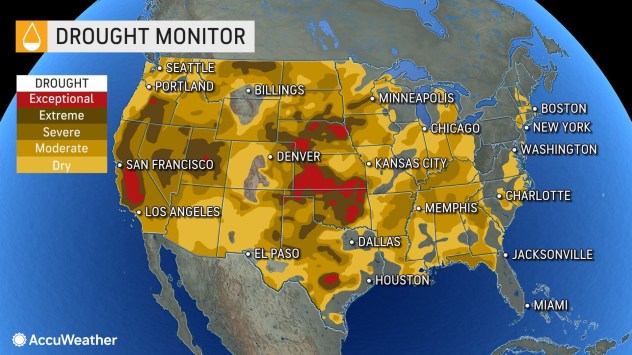 Rainfall since Sept. 1, 2022, has ranged from about 60-90% of normal in the zone where most of the downpours are expected to occur.

The second storm may have enough cold air to work with to produce a strip of snow from the central Plains to portions of the Midwest and the interior Northeast from Thursday to Friday. The exact track of the second storm, as well as how far south the cold air pushes, will determine exactly where the swath of 1-3 inches of snow is most likely to fall.