Locations that are still reeling from catastrophic flooding in late July will experience the return of torrential downpours and renewed flooding concerns during the first half of this week, forecasters say.

Numerous rounds of drenching thunderstorms will bring wet weather to the Midwest and Northeast early this week, but relief from the heat and humidity is on the horizon.

As cleanup efforts continue in the wake of deadly and catastrophic flooding that struck Kentucky in late July, leaving many without power or running water, rounds of downpours are expected to move through some of these same hard-hit regions during the first part of this week.

Flood watches remain in effect from eastern Kentucky through portions of southeastern Ohio and West Virginia as of midday Sunday, August 7. Forecasters say that these areas could pick up an additional 1-2 inches of rain, with localized amounts up to 4 inches, where the heaviest downpours persist. 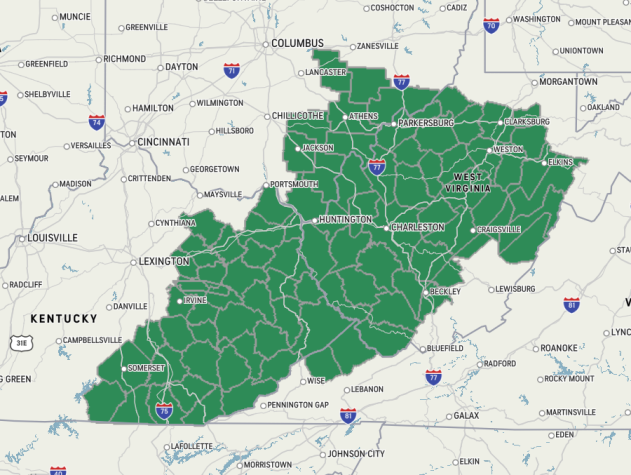 The green outlined areas show where flood watches were in effect as of midday Sunday, August 7. (AccuWeather)

“A slow-moving frontal boundary will combine with copious amounts of moisture to bring a renewed flooding threat to portions of the central Appalachians for part of the week, including the hard-hit areas of eastern Kentucky," said AccuWeather Senior Meteorologist Dan Pydynowski. Portions of the Ohio and Tennessee River valleys will also be at risk.

Unlike urban flash flooding, when impervious surfaces like asphalt and concrete prevent water from being absorbed by the soil - mountain flooding presents an entirely different threat. The terrain from the mountainous elevation acts as a ‘funnel’ that moves all rainwater into one location by means of just gravity. This results in the formation of the various rivers, creeks and streams which typically dot the Piedmont regions of the United States.

However, when one specific region receives a high amount of rainfall, all of the water flows to only one or two rivers - easily overwhelming the banks of rivers where many call home in the region.

Downpours are expected to become more numerous across the region early this week as the slow-moving front sinks southward, colliding with a hot and humid air mass from the Gulf of Mexico.

“The already saturated soil means that even just a quick half to 1 inch of rainfall in any thunderstorm could unfortunately exacerbate flooding issues across the region in towns such as Hindman, Hazard and Jackson, Kentucky," Pydnowski said.

The stalled front is not forecast to leave the area until Thursday morning at the earliest, according to AccuWeather’s latest forecast. While this does not mean that the entire first half of the week will be a complete washout across the region, the forecast will require residents to pay close attention when rain threatens as flooding could begin in a hurry.

A primary concern among local residents and meteorologists is the impact that additional flooding will have on relief efforts. 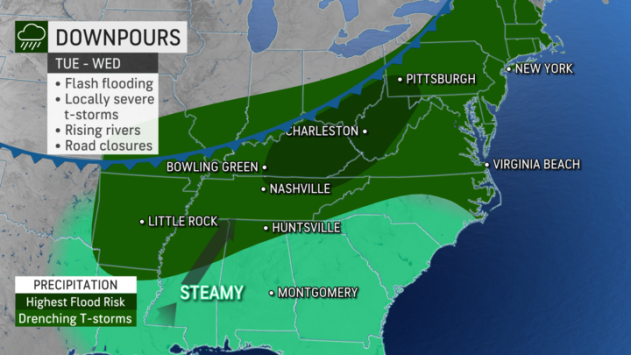 FEMA and additional recovery agencies have set up base camps in regions which will become prone to flood damage due to their temporary construction. Recently moved debris from recent debris flows are also capable of hindering the efforts of emergency personnel aimed at helping a region already very difficult to navigate.

President Biden declared a federal emergency in order to more speedily direct funds allocated for recovery efforts, assisting residents with privately owned residences and businesses in beginning to pick up the pieces, according to The Associated Press.

A large portion of the relief effort has come from the state level. Kentucky Gov. Andy Beshear has worked to provide access and visibility to those who lost everything in his home state.

"It’s going to take significant time and significant dollars to restore what was destroyed,” said Beshear.