The sudden onset of severe downpours late Wednesday evening over a mountainous region in Qinghai triggered landslides, and the raging water diverted rivers that resulted in flash flooding in a populated area late Wednesday night. According to the state broadcaster CCTV, more than 6,000 people in six villages were immediately affected.

The flash flooding was described as a "mountain torrent," according to emergency officials, The Associated Press reported. Occurring after a heavy downpour in higher elevations, mountain torrents result when water running down turns gullies or streams into raging rivers, often catching people by surprise. 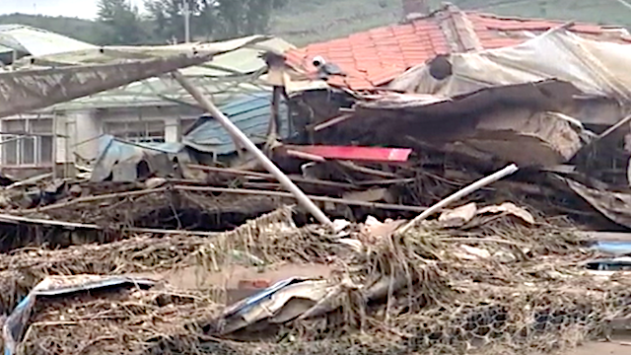 In a video shared online of the aftermath, partially washed away roads that were covered in debris, uprooted trees and overturned cars could be seen, the AP reported.

According to Reuters, a rescue team of 2,000 people and 160 disaster relief vehicles have been sent to the area by the local government.

Rescuers, who earlier reported 36 people missing, had found 18 of them by early Thursday afternoon, CCTV said in an online update.

Through the rest of the week, temperatures will be in the 70s to low 80s, and more showers and thunderstorms are expected in Datong County, which was the epicenter of the flooding in Qinghai Province.

This has been the summer of extremes for China, which has been grappling with historic floods, heat waves and droughts across the country.

In late June, as rivers overflowed, a historic flood brought devastation to the provinces of Guangdong, Fujian and Jiangxi across central and southern China, which displaced tens of thousands of people. 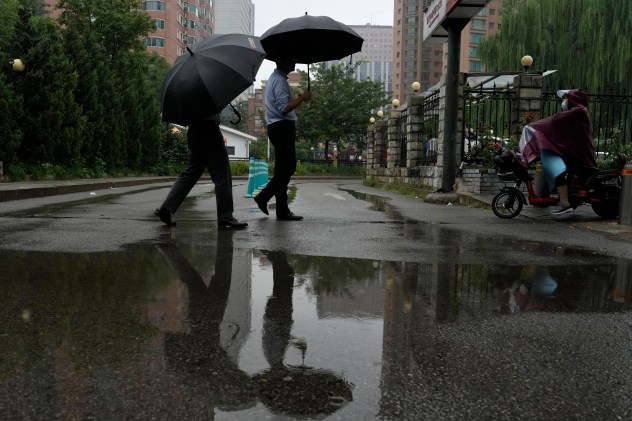 Residents walk with umbrellas near a puddle during a rainy day in Beijing, Thursday, Aug. 18, 2022. (AP Photo/Ng Han Guan)

Currently, the worst heat wave in six decades is roasting a large swath of central China, sending temperatures 15 to 25 degrees Fahrenheit above normal. This comes just a month after Shanghai, the most populated city in China, endured a dangerous heat wave, which sent temperatures past the century mark.

According to the China Meteorological Administration, more than a third of the weather stations across the country have recorded extreme heat this summer, Al Jazeera reported. At least 262 stations reached or surpassed previous records.

The Ministry of Finance said on Thursday that they have allocated 420 million yuan ($61.83 million) of emergency funds for local governments to provide food and drought relief as the country continues to grapple with extreme weather, according to Al Jazeera.