Tropical Atlantic may take a breather, but for how long?

AccuWeather's Jonathan Petramala was on the scene in the eye of Hurricane Isaias on Aug. 3 in Oak Island, North Carolina.

Following Isaias's damaging blow to the Carolinas and northward along the I-95 corridor of the Northeast, a lull in tropical activity lasting a week or so prior to the middle of August may be in the cards for an already record-setting season for the Atlantic basin. However, given the pace of tropical development in the 2020 season thus far, it may be on borrowed time with the heart of the hurricane season looming on the horizon.

"We are looking at some changes for this week that may last into the first part of next week, which may limit tropical development over the main part of the Atlantic," according to AccuWeather's top hurricane expert, Dan Kottlowski.

"A large high pressure area that usually resides between Bermuda and the Azores is shifting southward this week," Kottlowski explained. "In turn, this will cause the belt of northeast trade winds to shift farther south and strengthen into the zone where we usually have the parade of tropical waves heading westward." 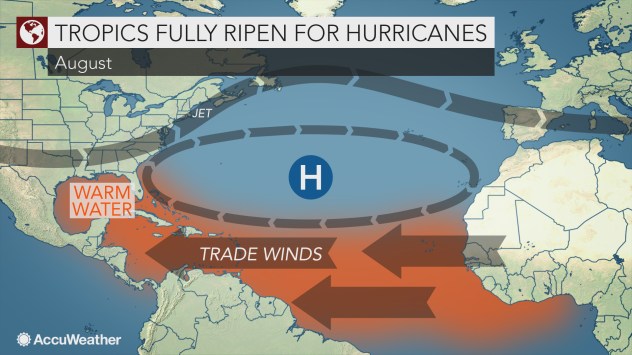 The pattern change will increase wind shear, or changing winds with altitude, and the flow of dry air over the zone where many tropical systems are born. Any tropical disturbance, or tropical wave, that moves along through this zone has a high chance of getting torn up and any better organized feature in there would tend to struggle with development. 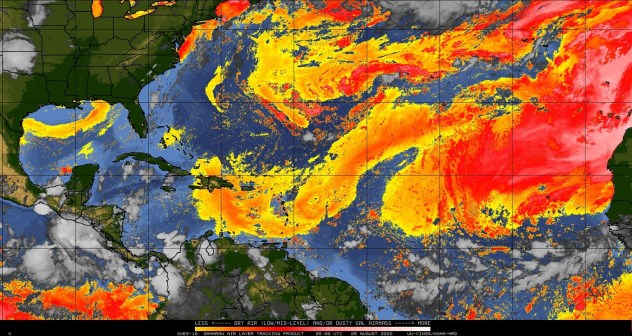 This image of the Atlantic basin, taken on Wednesday, August 5, 2020, shows that dry air (yellow, orange and red shading) has pushed southward over much of the tropical Atlantic. Pockets of moisture (blue) remain from near Bermuda to the Gulf of Mexico and the western Caribbean Sea. (SSEC/GOES-East)

Forecasters have been keeping an eye on a pocket of showers and thunderstorms to the southwest of Bermuda that has a chance of development over the next few days. However, this risk has diminished from a high chance this past weekend, to a medium chance on Monday to about at 10% chance as of Wednesday morning. 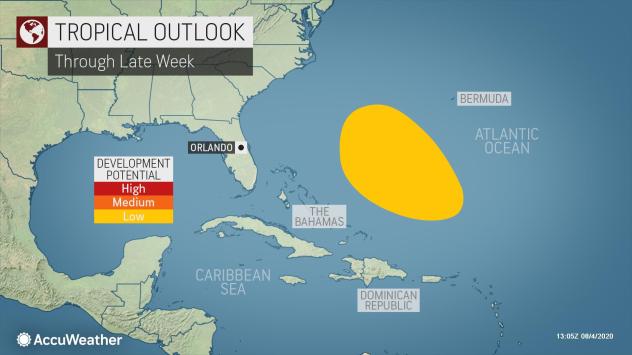 "Moisture associated with the disturbance near Bermuda looks ragged compared to this past weekend, so it has [likely] missed its chance for development," Kottlowski said.

The latest status in the Atlantic does not mean that there is a zero percent chance of anything taking shape as far as tropical systems are concerned, but small features compared to the overall scope of the basin and the local atmospheric environment can become favorable for development on a small scale.

"We expect the high to retreat northward next week and the function of tropical waves moving westward from Africa will have less resistance and perhaps more likely to spur development," Kottlowski said.

"At some point, perhaps toward the early or middle part of next week, a more robust tropical wave may move westward and could spin something up near the Windward or Leeward islands," Kottlowski added. 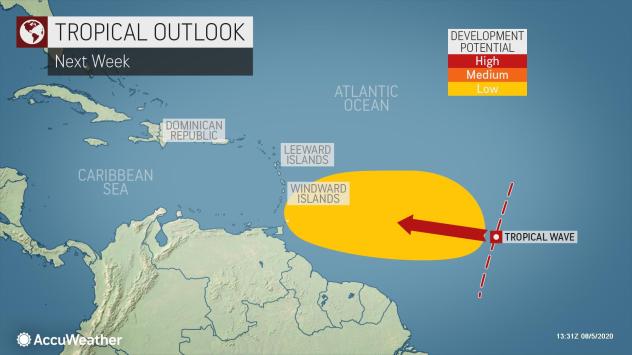 The average date for the first hurricane of the Atlantic season is not until Aug. 10.

Cristobal, Edouard, Fay, Gonzalo, Hanna and Isaias have all set early-season formation records for their designated letter. Storms are named in alphabetical order during the season. Should a season run out of letters of the alphabet, then Greek letters are used. 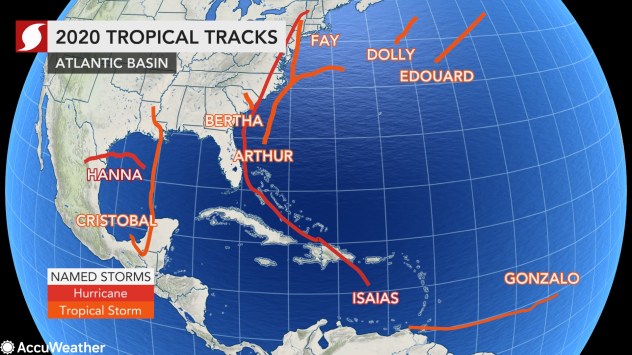 Nine named storms have formed in the Atlantic by Aug. 5, 2020. In some years, an entire hurricane season can go by without reaching nine named systems. (Image/AccuWeather)

Despite the upcoming lull, there is a significant chance that the "j" and "k" storms may also set early formation records, both of which were set in 2005. Jose formed on Aug. 22, and the blockbuster Katrina formed on Aug. 24.

In terms of named systems, 2020 has been busier than the entire 2014 season, which only spawned eight tropical storms through the end of October. The first system formed on July 1 in 2014, compared to May 14 of this year.

The peak of hurricane season is not until around the middle of September. The average number of tropical storms and hurricanes typically do not ramp up until the latter part of August and the tropics tend to stay rather busy through much of October. 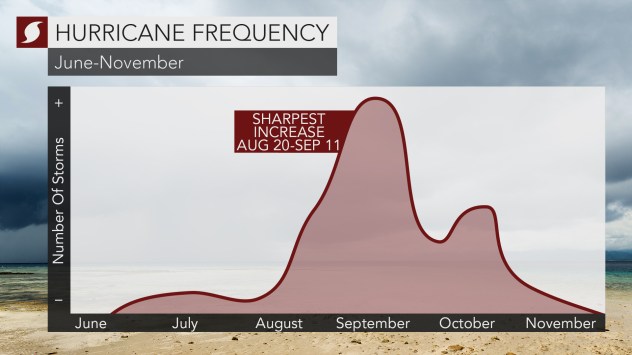 With the bulk of the hurricane season still several weeks away, the potential is there for many more named systems and especially several more hurricanes, some of which are likely to be major hurricanes of Category 3 strength or greater. And there is the potential for this season to remain active through the end of November and perhaps into December.

The record for the greatest number of named systems for the Atlantic basin belongs to 2005, when 28 storms of at least tropical storm strength occurred. AccuWeather's hurricane experts are projecting the 2020 season to come in at number two in terms of the numbers of named systems, surpassing 19 held by the 1995, 2010, 2011 and 2012 seasons. Each of those years brought at least seven hurricanes and at least two major hurricanes.

Many more tropical storms are likely to develop over the Atlantic basin in the coming months, including more hurricanes, some of which can be especially powerful. 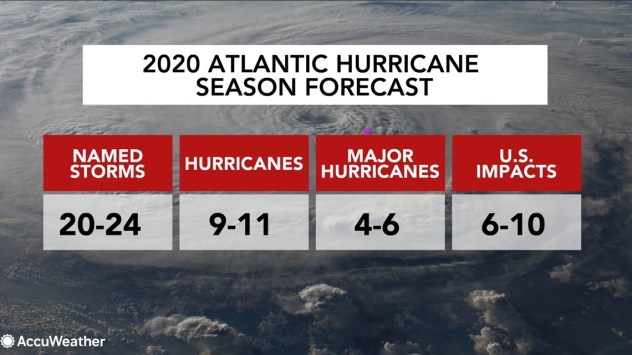