Severity of COVID-19 may depend on where you're located on the map, new study suggests

More experts are now looking at UV levels and precipitation data to determine how weather impacts the survivability and spread of COVID-19.

Your chance of surviving the new coronavirus may simply depend on the latitude of the country in which you're currently living, one recent study suggests. When it comes to receiving a proper intake of vitamin D, a few degrees of latitude could be the difference between life or death when dealing with the severity of COVID-19, the illness caused by SARS-CoV-2 pathogen.

Vitamin D plays a critical role in preventing respiratory infections and boosting the immune system, and a study published by scientists in Ireland analyzed the correlation between vitamin D deficiency and the different mortality rates countries have seen in recent months.

Dr. Eamon Laird and Professor Rose Anne Kenny from Trinity College Dublin in Ireland drew a link between vitamin D and the severity of coronavirus impacts in Ireland, including mortality rate, in a recently published study that focused on the implications of vitamin D deficiency on the severity of COVID-19.

The researchers used the findings from The Irish Longitudinal Study on Ageing (TILDA), which surveyed 8,172 community-dwelling adults aged 50 years and older in Ireland. Laird told AccuWeather that the most eye-opening results from the survey were the vitamin D deficiency rates among the most at-risk groups for COVID-19. 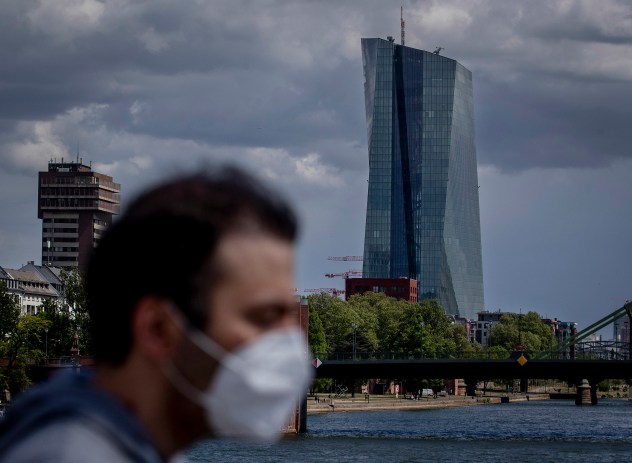 In this Wednesday, April 29, 2020 photo a man walks in front of the European Central Bank in Frankfurt, Germany. (AP Photo/Michael Probst)

"I think the most shocking was the high rates of deficiency in the at-risk  for COVID groups: high rates of deficiency in older adults [over 70 years old, and over 46% of whom are deficient]; the obese, those with chronic lung conditions, those with diabetes; and men," Laird said in an email. "Very few actually took a vitamin D supplement -- only 8.5% and we have no mandatory vitamin D food fortification in Ireland," Laird added, noting that people living there experience insufficient sun exposure.

The reason for that deficiency, Laird and others noted in an editorial published by the Wiley Online Library, may simply have to do with a country's latitude.

"When mortality per million is plotted against latitude, it can be seen that all countries that lie below 35 degrees North have relatively low mortality," the editorial said. "Thirty‐five degrees North also happens to be the latitude above which people do not receive sufficient sunlight to retain adequate vitamin D levels during winter. This suggests a possible role for vitamin D in determining outcomes from COVID‐19." Dublin, Ireland, for instance, sits at 53 degrees North latitude. 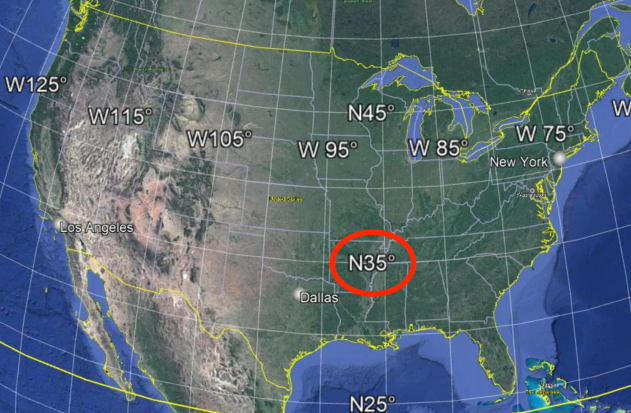 This map shows where the the 35-degree North line of latitude runs across the continental U.S. (Google Earth / AccuWeather)

In the United States, the 35-degree North latitude mark also separates many of the states that have had higher mortality rates from those with lower rates. While there are numerous outliers within more specific regions below the 35 N mark, such as in Los Angeles, Miami and Houston areas, the states with the highest deaths per million people are all clustered in the Northeast: New York, New Jersey, Connecticut and Massachusetts, per data from Statista.com as of May 4. New York City sits at 40.7 degrees N latitude.

Dr. Laird's latitudinal observation held true throughout much of Europe and the rest of the world, as well. Farther north, mortality rates in European countries like Ireland, the U.K. and Sweden have outpaced more southern European countries like Greece and Bulgaria, according to ourworldindata.org. However, Laird uses outliers like Italy and Spain to point to the many different factors that affect transmission.

"With latitude, there are differences in climatic factors such as temperature, sunshine, pollution and humidity all of which could affect transmission of the virus," he said. "In terms of vitamin D, in Europe the southern-most countries with the lowest vitamin D levels (Spain, Italy) seem to be more adversely affected than say Finland or Sweden which have much higher [vitamin D] levels due to mandatory vitamin D fortification. However, this is still only observational and we need a lot more data."

Milan, one of the hardest-hit areas in Italy, sits at 45.4 degrees North -- well south of Ireland but still 10 degrees north of the critical 35 N line of latitude. 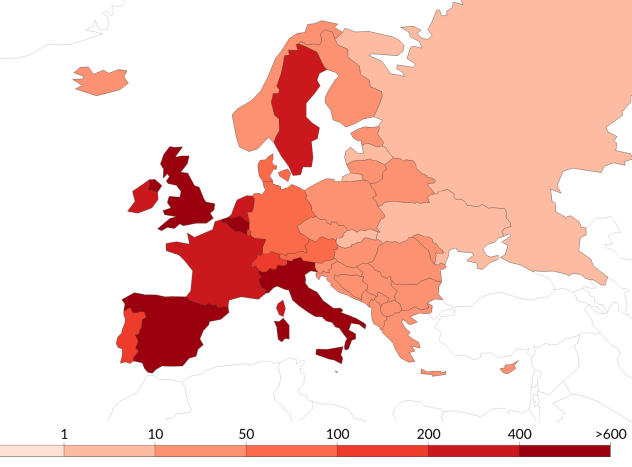 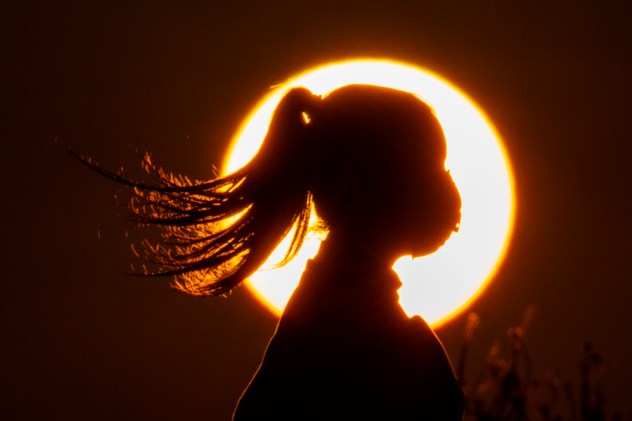 A girl wears a mask to help protect herself from the new coronavirus, walks as the sun sets over the Mediterranean Sea coastline, in Beirut, Lebanon, Tuesday, April 14, 2020. (AP Photo/Hassan Ammar)

Many factors and theories have been floated by experts and pundits in recent months regarding the effect that different variables can have on the coronavirus, whether it's temperature or humidity, sunlight or UV rays.

Other scientists have looked at latitude as an indicator that a certain location is more susceptible to the outbreak also but linked to average temperature rather than sunlight exposure and vitamin D.

The focus on vitamin D is broader, as Laird explained, due to the many benefits the vitamin provides.

Laird told AccuWeather that researchers still don't know enough about the behavior of COVID-19 to determine its long-lasting effects, but he said that the vitamin D analysis could make for an interesting correlation between the seasonal flu and the novel coronavirus. 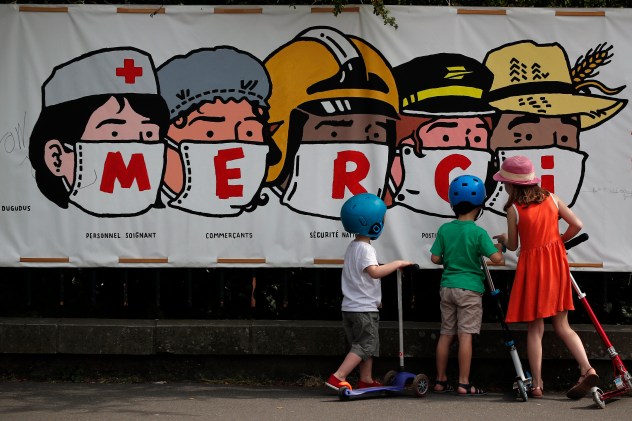 Young Parisians look at a banner reading "Thanks" to honor the professional categories on the front line during a nationwide confinement to counter COVID-19, in Paris, Monday, April 20, 2020. (AP Photo/Francois Mori)

As nations in the Southern Hemisphere leave their summer seasons, Laird said people of those countries are at some advantage due to a long period of vitamin D synthesis when the pandemic broke out.

"At the moment, the Southern Hemisphere is just entering their autumn and their vitamin D levels will be at their yearly highest. It is interesting that for instance Australia, New Zealand, etc. are now reporting few, if any, cases. However, we need a lot more information and data before we can say anything yet."

One other big takeaway Laird and Kenny highlighted in the study is the benefit of boosted prevention against respiratory infections that vitamin D provides, according to research cited in their report.

"In a recent large cross-sectional clinical trial [ 18,883 tested] lower vitamin D [levels] were associated with higher respiratory infection rates and the effect was more pronounced in those with underlying lung conditions," Laird told AccuWeather. "Thus, although vitamin D deficiency probably increases risk of upper respiratory viral infections, the size of this effect is small. It is the impact of vitamin D deficiency on cytokine response, and potentially therefore on lung injury, that is potentially much more important in the context of COVID-19." 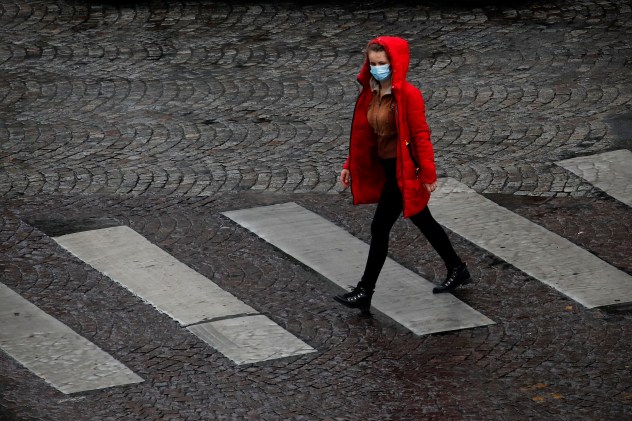 A woman wears a mask as she crosses a street in Paris, Tuesday, May 5, 2020. France continues to be under an extended stay-at-home order until May 11 in an attempt to slow the spread of the COVID-19 pandemic. (AP Photo/Christophe Ena)

Laird added that vitamin D supplementation has also been associated with a small reduction in the risk of pneumonia, a commonly fatal result of COVID-19 infections.

Conversely, vitamin D deficiency has also been linked with a plethora of concerns that all may increase the severity of COVID-19's effects.

"Vitamin D deficiency has also been shown to correlate with hypertension, diabetes, obesity and ethnicity -- all features associated with increased risk of severe COVID‐19," the authors wrote in the editorial.

Professor Kenny told the college that she believes the connection between vitamin D and reduced infection risks is clear enough to encourage increased attention and new health measures during these times.

‘’We have evidence to support a role for vitamin D in the prevention of chest infections, particularly in older adults who have low levels," she said in a statement through Trinity College Dublin.

"Though we do not know specifically of the role of vitamin D in COVID infections, given its wider implications for improving immune responses and clear evidence for bone and muscle health, those cocooning and other at-risk cohorts should ensure they have an adequate intake of vitamin D."

How COVID-19’s US fatalities compare to America’s worst flu seasons
Social distancing could last into 2022, Harvard researchers say in new study
Even the highest summer temperatures may not hinder new coronavirus, study suggests