Most people may think of "falling back" or "springing forward" as a nuisance. But experts told AccuWeather there are real health impacts -- and changes people can make to reduce the effects of the time change.

Every autumn we fall back one hour, and every spring we move the clock forward one hour. We look back on the history of daylight saving time and how it got started.

To many people, shifting the clocks twice a year to "spring forward" or "fall back" with daylight saving time is thought of as little more than a nuisance. It might mean losing an hour of sleeping (or gaining one), forgetting to correct the clock or arriving an hour late to Sunday brunch or church.

But, according to some doctors, it might actually be impacting people much more than a moderate disruption to their schedules. It very well may be a nuisance but also could be a health danger.

Dr. Anita Shelgikar, a clinical associate professor of neurology at the University of Michigan and director of the school’s Sleep Medicine Fellowship program, told AccuWeather that a single hour of sleep is more important than many people may think.

"Even a one-hour time shift can make it more difficult to wake up and fall back asleep on a set schedule," she said in an email. "This can mean not feeling sleep at your desired bedtime and/or not feeling rested enough when it's time to get up."

The effects of such shifts mean more than just a night of tossing and turning or a morning of drowsiness. It can directly influence a person's performance at school, at work and an individual's overall health and wellbeing.

This is particularly true and dangerous for those with preexisting physical and mental health conditions. 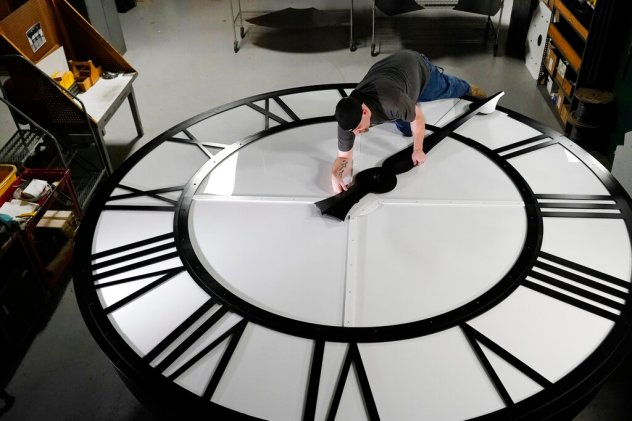 Is there a solution?

Several states in the United States have considered legislation to move away from the biannual clock-changing ritual. Currently, Arizona and Hawaii are the only states that remain on standard time year-round.

Earlier this year, two U.S. senators from Florida reintroduced the Sunshine Protection Act, which would have kept the country on daylight saving time for an entire year until Nov. 7, 2021. They argued that Americans were already dealing with enough change due to the coronavirus pandemic. The bill, which was introduced in 2019, has had bipartisan support from several senate colleagues but has never gained any real traction.

Maintaining daylight saving time could come with health risks. According to the University of Texas Southwestern Medical Center, the effect of living on the far-western border of a time zone, which is similar to being on permanent daylight saving time, can drastically weaken individuals' immune systems and make populations more susceptible to depression, heart attacks and even cancer.

Dr. Joseph Takahashi, a sleep expert with UT Southwestern in Dallas who discovered the first circadian gene in mammals, said in 2020 that similar risks are also heightened for people who work overnight shifts due to prolonged disturbances of the body's internal clock.

A 2011 study found that Chinese citizens living in western provinces had a lower life expectancy than those in eastern provinces. Due to the country operating in a single time zone, cities such as Kashgar didn't have sunrises until 10:15 a.m. during the winter. At night in the summer, the skies remain bright until 10:30 p.m. there.

“There may be multiple factors that contribute to these findings,” Takahashi said in a UT Southwestern news release. “But many scientists believe the disruption of the optimal phasing of our circadian rhythms – the timing of our rhythms relative to the phase of the solar day-night cycle – is a prime culprit.” 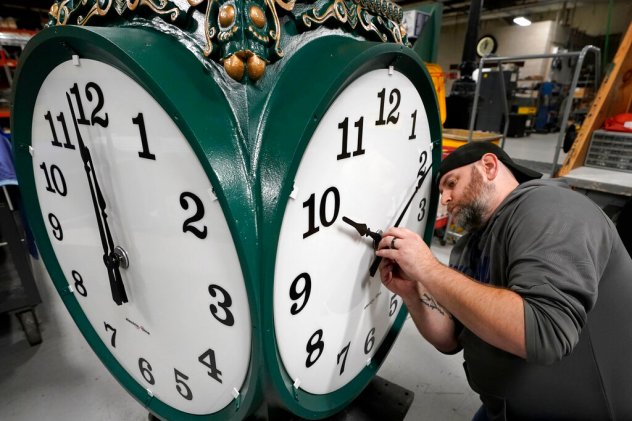 The answer for the U.S. then, in regards to optimal health conditions, isn't to stay on daylight saving time, but rather on standard time, experts at the Tennessee-based Society for Research on Biological Rhythms (SRBR) and Washington University in St. Louis have argued.

Erik Herzog, a Washington University professor and former president of SRBR, said safety suffers in the face of time adjustments as well.

“Heart attacks and traffic fatalities increase in the days following the change to daylight saving time (DST) in the spring,” he said, although he later added that there is little data on the long-term consequences of living without annual time changes. "At this point, we need to make the best decision using what we know and collect data on issues that matter most to people for once and for all.”

How to prepare your internal clock

Changing the hour hand on the clock isn't just an external impact on logistics and schedules. The majority of health risks associated with the change are due to an even more important, invisible clock.

Shelgikar said the mismatch between the clock on the wall and the clock in people's minds can have dreadful effects when they're off balance. It could be the reason why you're more irritable, less patient or even lonely. 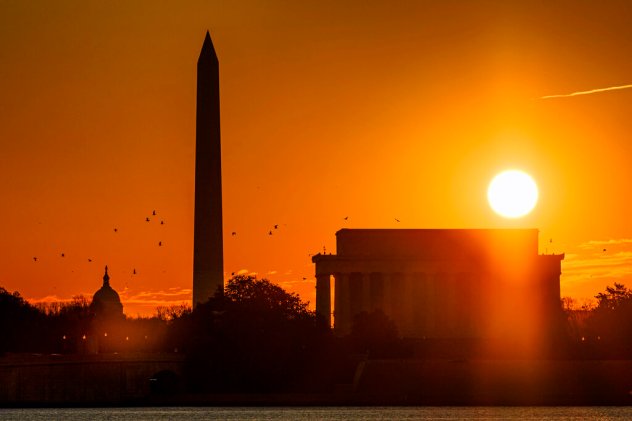 The sun rises above the Lincoln Memorial with the Washington Monument and the U.S. Capitol building in the background Saturday morning, March 13, 2021, in Washington. Sunrise will be an hour later in most places in the U.S. Sunday as Daylight Saving Time takes effect. (AP Photo/J. David Ake)

"This type of mismatch can affect our sleep-wake schedules, leading to sleep deprivation that can have a negative effect on our mood and interpersonal relationships," she said.

Disrupted sleep schedules can also be responsible for affecting appetites, exercise routines and the timing of meals, all of which can cause devastating ripple effects on a person's overall health.

Although the time shifts come twice a year and don't usually catch people off guard, presuming they check their calendars, people's sleep schedules still rely on routine. To prepare for that shift in routine, and thus minimize the health risks that come from time adjustments, Shelgikar shared a list of helpful behaviors that can help.

That list includes limiting caffeine in the afternoon, exercising earlier in the day, avoiding electronics at night and utilizing a wind-down routine before bedtime.

While they may seem like small behavioral changes, implementing them can help protect the body from being shocked by the clock change.

"You can minimize the effect that the time change has on your sleep-wake schedule," she said. "To ease the transition to a new time, try making small, incremental changes to your sleep and wake times for a few days leading up to time change instead of making a full one-hour change in one day."