They may look like cherries, but these are tiny apples that are self-modified to adapt to the cold temperatures in Yakutsk, Russia.

It's hard to imagine anything growing in a region that experiences a subzero winter climate for much of the year, and yet that's exactly what's happening in what is often called the coldest major city on Earth.

"My parents went to Pokrovks to visit a relative. And they asked for a seedling of this frost-resistant dwarf apple tree. It was grafted onto a wild apple tree and became frost-resistant," Nikifor Ivanov, a gardener in Yakutsk, told Reuters. "It withstands temperatures of under 60 degrees [below zero] Celsius," he said, a reading that converts to an ungodly 76 degrees below zero Fahrenheit.

Yakutsk, a Siberian city built on permafrost, is located about 280 miles (450 km) south of the Arctic Circle, in Russia’s far east, and is notorious for its severe, subarctic climate. Temperatures hover around 40 degrees below zero Fahrenheit for at least three months of the year. The lowest temperature recorded was 83.9 below zero F (64.4 below zero C) in February 1891. The entire region is known as the "Pole of Cold," according to AccuWeather Senior Meteorologist Jim Andrews. "In winter, it is the coldest inhabited area on Earth," Andrews said, pointing out that "only the tops of the great Antarctica and Greenland ice sheets are colder." And yet, these delightfully tiny apples managed to survive and even thrive. 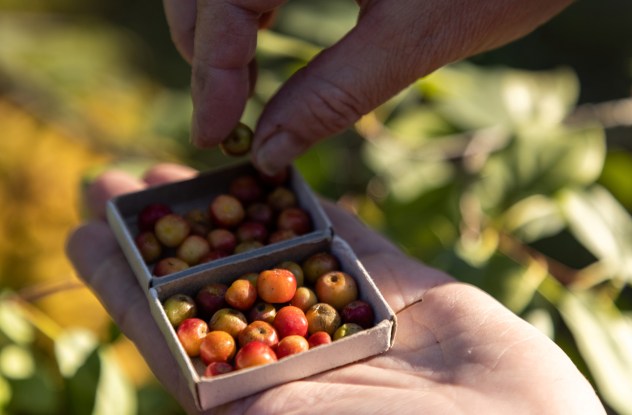 A woman shows matchboxes filled with micro apples, grown on an apple tree withstanding winter temperatures of 60 degrees below zero C, on the outskirts of Yakutsk, Russia. (REUTERS/Maxim Shemetov)

Since the weather conditions in Yakutia are extreme, local plants had to adapt to the environment by decreasing in size. This was observed by local biologists back in the 1970s when the new breed of dwarf apples, the size of tiny berries or pearls, was born.

Hundreds of plant species live on the Arctic tundra which is characterized by permafrost, a layer of soil and partially decomposed organic matter that is frozen year-round. The plants have adapted by growing close together low to the ground, and they remain small, typically only centimeters tall. 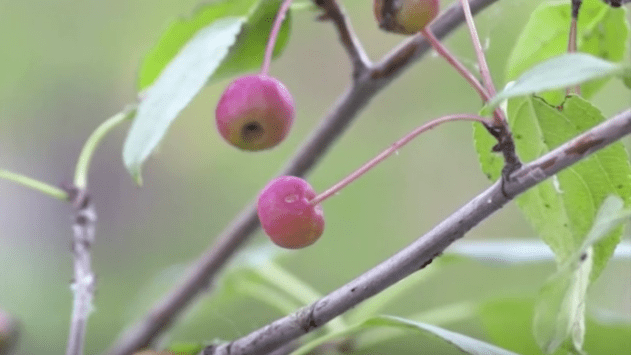 They may look like cherries, but these are tiny apples that self-modified to adapt to the low temperatures in Yakutsk, Russia. Photo credit: REUTERS.

According to researchers at Ohio State University, "Only a thin layer of soil, called the active layer, thaws and refreezes each year. This makes shallow root systems a necessity and prevents larger plants such as trees from growing in the Arctic. The cold climate and short growing season also prevent tree growth. Trees need a certain amount of days above 50 degrees Fahrenheit, or 10 degrees Celsius, to complete the annual growth cycle." Like other plants in the Arctic, the tiny apples adapted by decreasing their size.

Ivanov said he has tried to make jams and preparations for the winter from his apples but since harvesting the micro apples is such difficult work because of their size, he now just eats them by the handful. 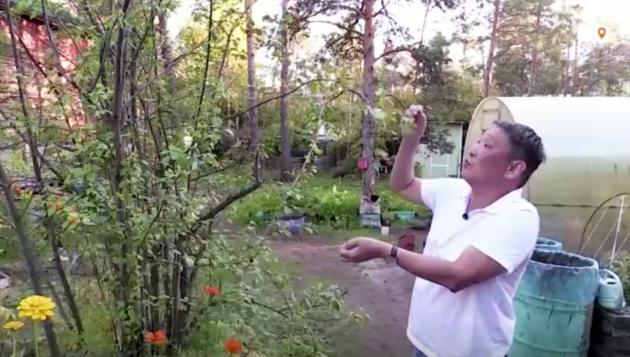 Gardener, Ikifor Ivanov, says harvesting the micro apples is laborious and painstaking so he just enjoys eating them by the handful. (REUTERS)

Responding to a question from a reporter, Ivano said, "No, we've never harvested all of them because it's laborious and painstaking. You just take a handful and eat it," he continued, demonstrating how he snacks on the tiny apples, almost as if he were eating peanuts.

He said he once "gave it to somebody, surprised someone" with the tiny size of the apples and noted that "birds eat the apples too when the apples become soft."