Extreme cold sends temperatures plummeting to 73 below zero in Siberia

If you're someone who's not a fan of cold weather, chances are you won't be taking any trips to the Russian city of Yakutsk anytime soon. The city is currently in the midst of an abnormally long period of harsh subzero cold that is considered unusual even for Siberia's standards.

The temperature in portions of the Yakutia region of eastern Russia, where Yakutsk is located, dropped below 40 degrees below zero Fahrenheit (40 degrees below zero Celsius) during the middle of December and hasn't climbed above that level since -- making this one of the longest stretches of subzero cold in at least 14 years, according to The Associated Press.

Even colder air has settled into Delyankir, a small district located about 500 miles (800 km) to the northeast of Yakutsk. On Monday morning, Jan. 18, a low temperature of 73 below zero F (58.3 below zero C) was reported. 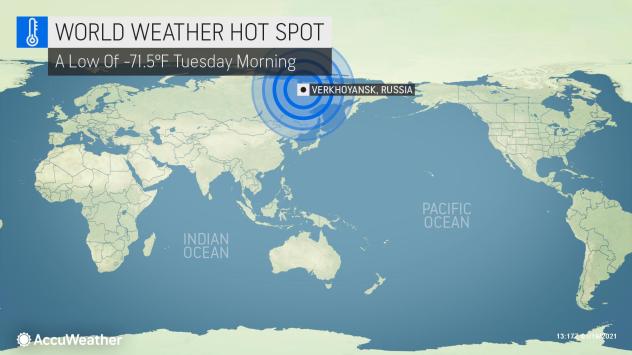 Delyankir is near Oymyakon, a rural village which is known as the coldest inhabited place on Earth. According to The Siberian Times, the lowest officially recorded temperature in Oymyakon was 89.9 F below zero (67.7 below zero C) in 1933.

The extreme winter climate of far northeastern Asia is also referred to as the "Pole of Cold," according to AccuWeather Senior Meteorologist Jim Andrews.

"The Siberian 'Pole of Cold' is located within the Sakha Republic, or Yakutia, in northeastern Asia," Andrews said. "In winter, it is the coldest inhabited area on Earth -- only the tops of the great Antarctica and Greenland ice sheets are colder."

While some of the cold weather currently across the region does originate from the North Pole, Siberia can also "manufacture" cold air on its own.

Widespread snow cover, the lack of heating from a low sun angle and no nearby large bodies of water tend to make the region prime for extremely low temperatures during the depth of winter.

Residents take precautions by running their cars through the night or using car warmers to keep them from stalling. Students have been excused from classes until it warms up again, according to the AP.

A yellow warning for low temperatures has been issued for Wednesday and Wednesday night for the center of the Sakha Republic region.

A yellow warning for low temperature is in effect for the indicated areas Wednesday until Thursday, 11:00 AM YAKT. Source: Russian Federal Service for Hydrometeorology and Environmental Monitoring.

The extreme cold across the region is not expected to come to an end anytime soon. AccuWeather meteorologists say colder-than-normal temperatures in the -40s and -50s F (40 below zero C to 51 below zero C) are expected to continue through at least the end of January. 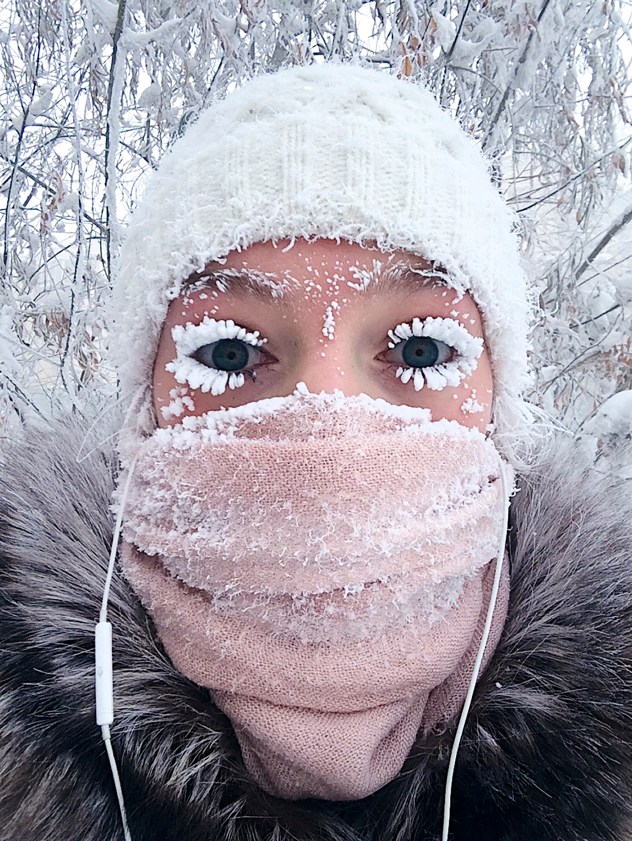 While living in an area with dangerously low temperatures may seem astounding for many, it's just a way of life for those who call Yakutsk home.

Afanasiy Andreev, who was born and raised in Yakutsk, told the AP that he is used to the cold. Other residents described how they stay warm when spending time outdoors.

"The main rule is not to stand in one place and to keep going and going," area resident Dmitry Kuznetsov told the AP.

However, some residents may have been caught off guard after warm conditions during 2020 when unusually high temperatures were recorded in northern Siberia during the month of September.

This punishing cold is following a warmer-than-normal 2020 across much of Siberia.

A warm start to the year was seen across the region with temperatures from January to April averaging about 11 degrees Fahrenheit (6 degrees Celsius) above normal across Russia.

These unusually hot and dry conditions led to higher-than-average wildfire activity across Russia.

Siberia may be known for its harsh cold, but temperatures have been trending higher over the past several years. As temperatures rise, snow is able to melt more quickly across the region.

Snow cover over an area typically reflects some sunlight back into the atmosphere, keeping temperatures lower during daylight hours. However, if there is little to no snow on the ground, sunlight is absorbed by the ground, and temperatures are able to rise, causing more snow to melt.