Scorching heat roasted Siberia in recent weeks, sending temperatures well above normal and setting new record highs in a region that's not accustomed to dealing with stifling heat at this time of year.

High temperatures ranging from 25 to 35 C (77 to 95 F) have been common across parts of Russia this May, including in Siberia, according to The Sun.

However, temperatures this high are not common for this time of year for the vast region. Average high temperatures in Siberia, considered one of the coldest regions on Earth, are usually around 17.5 C (63.5 F) for the month of May. 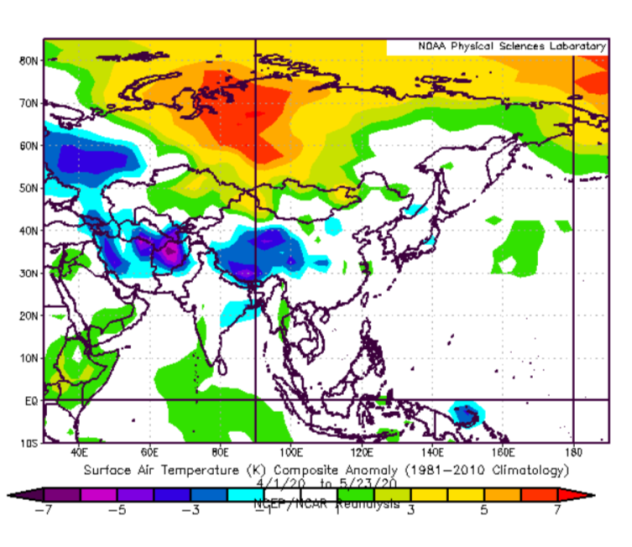 The above image shows observed temperature anomalies, or difference from normal, from April 1 to May 23. Much of Siberia experienced temperatures more than 7 C (13 F) above normal for that time of year. (Photo/NOAA)

The record-high temperatures in May followed a record-breaking start to 2020 across Russia. Temperatures from January to April across the country averaged about 6 degrees Celsius (11 degrees Fahrenheit) above normal.

"That's not only a new record anomaly for Russia. That's the largest January to April anomaly ever seen in any country's national average," Robert Rohde, the lead scientist at the University of California's Berkeley Earth program, wrote on Twitter.

For some folks, it seems as if the weather skipped from winter directly to summer. 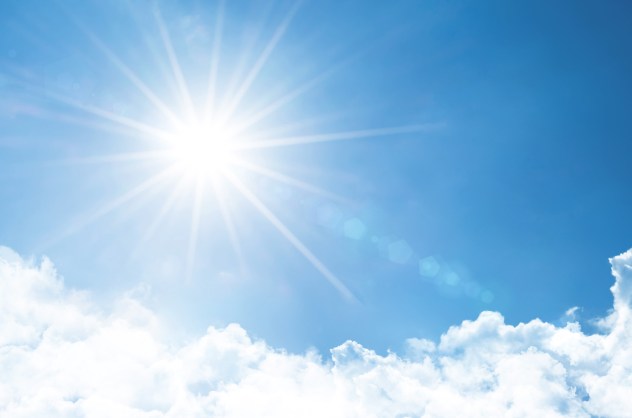 Clear sky with bright sun and rays in the atmosphere. (Image/aapskyiStock/Getty Images Plus)

“There was no spring, no week-long gentle rise of temperature. Somebody just clicked a ‘hot air’ switch on at the end of April, and summer began,” Journalist Sergey Zubchuk, a resident of the town of Barnaul, told The Siberian Times.

Many people were seen sunbathing around Western Siberia as they came out from coronavirus lockdowns, but the water in nearby parks was still too cold for swimming, The Siberian Times reported.

According to The Moscow Times, the persistent heat is causing river ice to break, as well as force plants and trees to bloom earlier, and insects to arrive a bit ahead of schedule.

The above-normal trends didn't start in 2020. For Russia, 2019 was the warmest year on record.

The building heat in the region has also been a contributing factor for the uptick in wildfires this year.

Warm and dry conditions have increased the fire risk across the region, and already a record number of wildfires have raged earlier than normal for Siberia.

Some of these are "zombie" fires that ignited last summer and survived the winter months smoldering underground.

The Washington Post reported that the size of the fires this year have surpassed the infernos from this time last year.

As of the end of April, hundreds of houses and 2 million hectares (over 7,700 square miles) had been destroyed, according to The Sun.

A couple of storm systems moving into central Russia will bring areas of clouds and showers in the coming days. This will cause temperatures to trend lower, but remain near normal throughout the week.