You know it when you feel it -- and the phenomenon works in reverse too. Turns out there's a scientific explanation for why we all feel this way at one time or another. 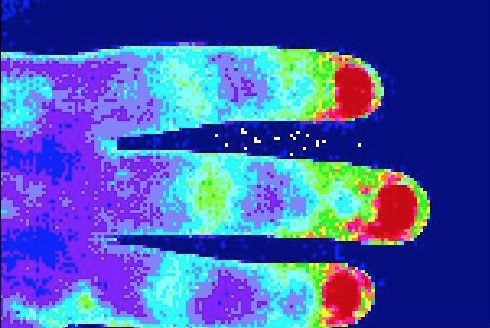 Does the first cold night of the season feel abnormally cold to you? This image shows what the blood flow under your skin looks like, something that changes as we age and affects our perception of temperature, Penn State University physiologist Larry Kenney and his colleagues have found.

After months of soaking up sun rays and summer temperatures, it can be shocking to step outside in relatively chilly weather and realize that you need to go back inside to grab a jacket. It can be even more shocking when you pull out your phone to check the weather and realize that the weather that seems so winterlike is much warmer than you thought, something that parts of the Northeast experienced just after the middle of October when a cold front blew through the region, bringing a brief end to a stretch of unseasonably warm weather.

As it turns out, there is a scientific explanation for this phenomenon.

Unlike that of any other animals, humans' skin responds quickly and accurately to both hot and cold temperature changes. Tiny vessels called arterioles dilate or constrict to help dissipate heat or conserve it. These mechanisms allow humans to achieve precise internal temperature control, Penn State News reported.

“It’s a uniquely human system,” said Penn State physiologist Larry Kenney, who has been studying how the human body regulates temperature since the early 1980s. 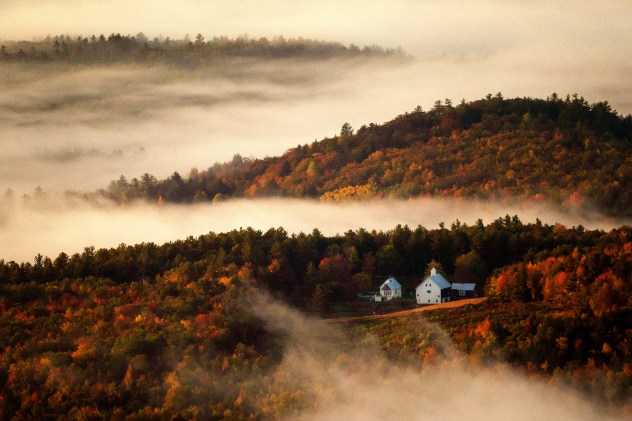 Valley fog wafts through the autumn-colored hills near the Picket Hill Farm, Wednesday morning, Oct. 13, 2021, in Denmark, Maine. The farm complex was built in the 1830s. (AP Photo/Robert F. Bukaty)

In the summer, our capillaries expand for more efficient heat loss. In the winter, they contract to protect our core body temperature. When it suddenly gets cold, our bodies have not adjusted to this change, so the cold snap is a shock to the system.

"The body can also become habituated to the cold," Daniel J. Vecellio, a T32 Postdoctoral Fellow at the Center for Healthy Aging at Pennsylvania State University, explained to AccuWeather. "This habituation effect can occur quickly, but certainly not until after the first cold day of the year or first couple of cold days, which is why that first cold day feels relatively worse than the next few during the initial cold snap of the fall or winter." 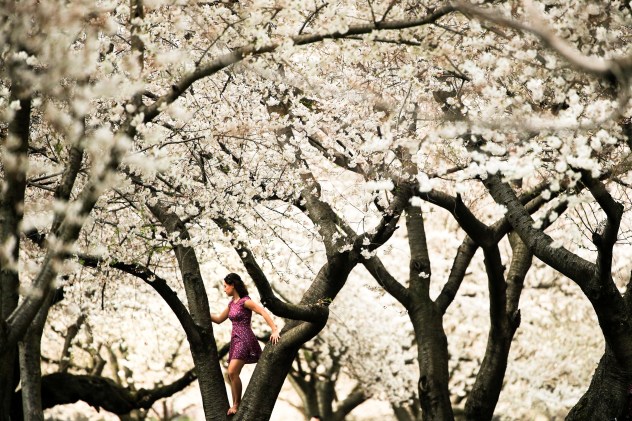 A woman climbs on the bough of a tree blooming with flowers on a spring afternoon along Kelly Drive in Philadelphia, Monday, April 8, 2019. (AP Photo/Matt Rourke)

"With aging, multiple redundant changes occur in the skin, and they’re all conspiring against the ability to dilate and constrict skin blood vessels,” Kenney said.

“The RealFeel® Temperature is supposed to give people a sense as to what the temperature feels like,” said AccuWeather Senior Meteorologist Dan Kottlowski. “What we are trying to do is determine how much weather variables alter the feeling of the temperature upon our skin.”

A non-meteorological factor that changes how we perceive temperature is alcohol consumption. Alcoholic beverages are vasodilators, meaning that our capillaries open and widen with alcohol consumption. This process makes humans feel warmer, but, in reality, it causes blood to cool faster, making people more vulnerable to hypothermia.

Alcohol consumption also inhibits shivering, which helps keep the body warm and acts as a warning sign when the body temperature starts to decrease in the early stages of hypothermia.

Researchers claim to have uncovered the 'perfect' fall temp