CDC is hopeful weather will suppress coronavirus, others unsure of weather's role

The MS Westerdam has been stranded at sea since Feb. 6, when Japanese Prime Minister Shinzo Abe denied docking in the country over fear of COVID-19.

The Center for Disease Control (CDC) on Thursday confirmed the 15th case of novel coronavirus in the United States after a Chinese evacuee was flown to Lackland Air Force Base in San Antonio. The 14th U.S. case of COVID-19, the official name for the strain of novel coronavirus that has infected tens of thousands mostly in China, was confirmed on Wednesday night.

The death toll for the virus reached more than 1,500 total fatalities as of Saturday morning, the vast majority of which have occurred in mainland China. The first fatality from the virus outside of Asia was reported in France this past week, according to BBC News. The victim was an 80-year-old man visiting the country from China's Hubei province.

While the world has continued to hope that the spread of the virus will dwindle with increased temperatures in the spring, Nancy Messonnier, the director of the CDC's National Center for Immunization and Respiratory Diseases, cautioned that it would be "premature" to assume warmer weather will inhibit the virus.

Her remarks came days after President Donald Trump, at a rally in New Hampshire, declared that the coronavirus could "miraculously" go away "once the weather warms up." 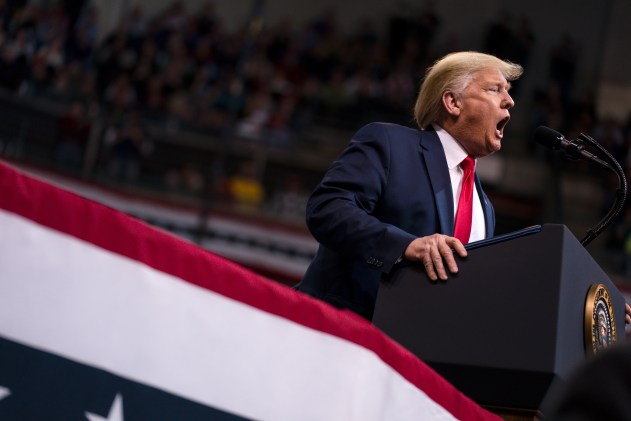 "I think I would caution overinterpreting that hypothesis," Messonnier said during a conference call with reporters on Wednesday. "Influenza has a season ... So, if this behaves similarly, it may be that as we head towards summer and, I guess, spring and summer, the cases would go down, but this is a new disease. We haven’t even been through six weeks of it, much less a year, and so I certainly would, I mean, I’m happy to hope that it goes down as the weather warms up, but I think it’s premature to assume that, and we’re certainly not using that to sit back and expect it to go away."

John Nicholls, a pathology professor at the University of Hong Kong, told financial investors on a conference call last week that he expected the virus to "burn itself out" with increased temperatures. He predicted the threat could subside by May, according to a transcript of the call that was leaked online.

But when asked by AccuWeather for further analysis, Nicholls cautioned going against the views of the CDC. 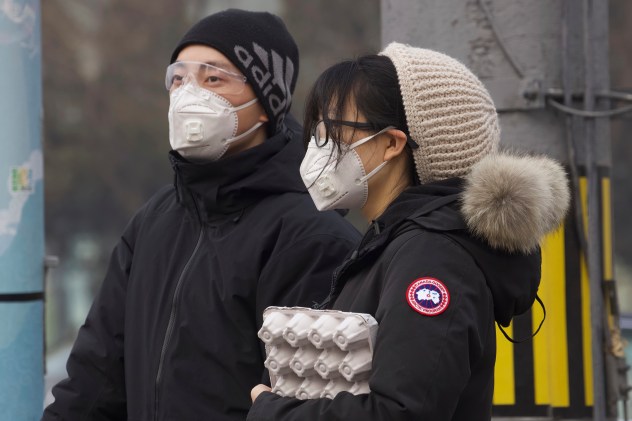 Residents wearing masks wait at a traffic light in Beijing, China Thursday, Feb. 13, 2020. China is struggling to restart its economy after the annual Lunar New Year holiday was extended to try to keep people home and contain novel coronavirus. Traffic remained light in Beijing, and many people were still working at home. (AP Photo/Ng Han Guan)

Nicholls said COVID-19 features "the same receptor as NL63," a strain of the virus discovered about 16 years ago. "And thus my hypothesis was that when summer came there should be a decrease, but I am not going against the views of the CDC."

According to Nicholls, NL63 and COVID-19 share the same receptor and therefore can be expected to behave similarly in the respiratory tract. Human coronavirus NL63 is a common form of the virus. Nicholls likened COVID-19 to a severe form of the common cold.

When asked if the virus could experience a resurgence with the return of cold weather next fall, Nicholls didn’t offer a response.

Amesh Adalja, an infectious disease physician and a senior scholar at the Johns Hopkins Center for Health Security, explained to NPR that not every coronavirus follows the same pattern. However, he hypothesized that the spread of the outbreak would be impacted by the change of season. 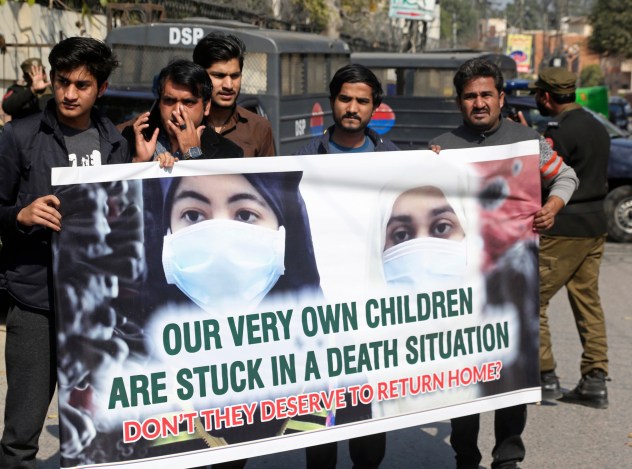 Family members of Pakistani students studying in Wuhan, China, rally outside the Chinese Consulate for the evacuation of their relatives after the Chinese city was badly hit by the coronavirus, in Lahore, Pakistan, Thursday, Feb. 13, 2020. (AP Photo/K.M. Chaudhry)

"It doesn't have that seasonality because it's really an animal-to-human virus and not something that that you see causing disease in a seasonal pattern," Adalja said. "It really is behaving like a common cold-causing coronavirus ... I do think seasonality will play a role. As this outbreak unfolds and we approach spring and summer, I do think we will see some tapering off of cases."

Citing studies that were conducted around the SARS outbreak from 2003 and previous years of coronavirus behavior, Nicholls said that if "history was any guide, then we could expect that this virus would no longer be as much of a threat as it is now in the summer."

Nicholls is not the only expert predicting that the spread of the virus will begin fading with the arrival of spring. Zhong Nanshan, an epidemiologist and senior medical adviser to the Chinese government, this week told Reuters that he believes the spread of COVID-19 will begin to wane in April.

Zhong, however, didn't say he was hinging his prediction on weather factors. Instead, Reuters reported, he based his prediction on mathematical modeling and government action. The 83-year-old doctor was a key player in reigning in the SARS outbreak of 2003 and said a major cause for concern is what's unknown about COVID-19.

"We don’t know why it’s so contagious, so that’s a big problem," he said.