A quick-hitting winter storm will bring accumulating snow from the northern Rockies to the Great Lakes before an Arctic blast sends temperatures plummeting.

Residents from South Dakota to Wisconsin and Illinois woke up to a fresh covering of snow at the beginning of the weekend as a quick-hitting storm that AccuWeather meteorologists have been tracking all week swept through the region. By the end of the weekend, the snow is expected to reach interior portions of the Northeast.

The fresh snowfall is occurring ahead of a new intrusion of Arctic air that was building over northern Canada and is poised to move southward into part of the United States in the storm's wake. 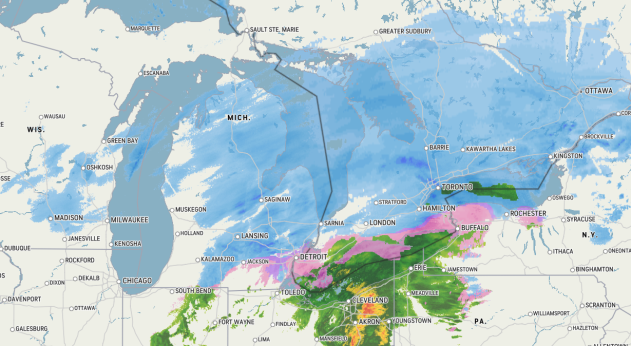 A look at the snow sweeping through portions of the Midwest Sunday morning, Jan. 29, 2022. (AccuWeather)

"There have not been many Alberta clipper-type storms so far this winter," AccuWeather Lead Long-Range Meteorologist Paul Pastelok said. "So, people may not be used to the fast-hitting nature of the storms and their snow."

Most storms that have brought snow have taken a slower southwest-to-northeast path from the southern Plains to the Great Lakes region. Instead, this storm will do what the name implies -- drop quickly southeastward from British Columbia and Alberta, Canada, and turn eastward and race across the central U.S.

Road conditions deteriorated quickly from west to east along portions of Interstates 80 and 90 this weekend. Interstate 29 in South Dakota had some travel troubles on Saturday morning, with vehicles seen off the road stuck in snow while snowplows attempted to keep roads clear as over a foot of snow fell in some areas. 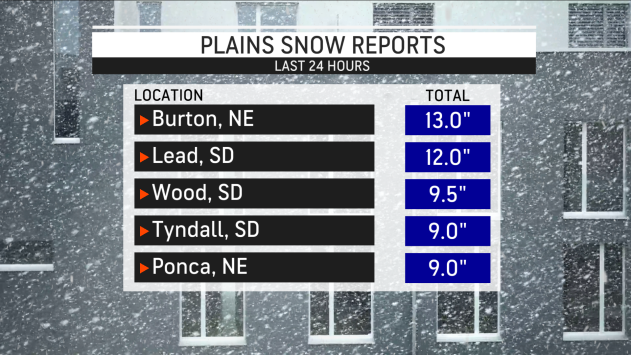 From Saturday night to early Sunday, snow will extend into portions of the Lower Peninsula of Michigan.

Travel conditions can deteriorate quickly as the storm moves swiftly along to the east, forecasters say.

In central Michigan, accumulations on the order of 6-10 inches appear more likely, according to the latest forecasts. This is similar to initial totals across Lake Michigan in portions of Wisconsin, where heavy snow moved through the Madison and Milwaukee metro areas. Madison, home to the University of Wisconsin, declared a snow emergency for Sunday evening, with officials stating that cleanup efforts will "take multiple days."

This will also continue eastward into some of Canada's largest cities, such as Ottawa and Montreal. 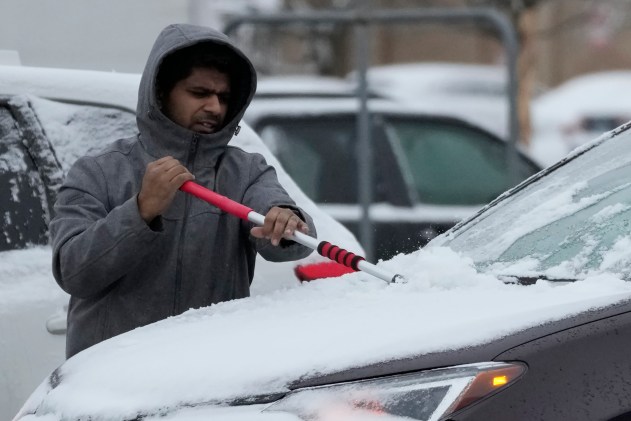 Both Chicago and Detroit were running well behind the average pace for their seasonal snowfall totals as of Saturday. Chicago typically receives about 19 inches of snow by the last week of January, while Detroit averages about 23 inches. Chicago has recorded a mere 11.4 inches. Detroit is now closer to normal, with a total snowfall of 18 inches. On Wednesday, the Motor City received a daily record for Jan. 25 with 6.5 inches of snow.

On the other hand, Des Moines was already close to its average of 19.1 inches entering Saturday with a seasonal total of 16.7 inches. The most recent storm largely missed central Iowa, with just a trace falling in Des Moines.

This clipper system is not expected to move into northeastern cities such as New York City or Boston. Instead, meteorologists expect the storm to track toward the northeast and produce a stripe of snow along the U.S. and Canada border, near the St. Lawrence Valley, later this weekend.

However, as cold air continues to press to the east into early February, snow may begin to encroach on part of the Interstate 95 corridor of the Northeast.

Much colder air will follow the storm, especially over the Central states. In many cases across the region, this will result in the coldest Arctic outbreak since Christmastime.

Record-setting cold, heavy snow grip eastern Asia
A California man got out of his car. Then a giant boulder crushed it
Snow was so deep, city had to dump it off bridges