Mauna Loa has been erupting since Sunday, and despite the dangers the volcanic flows pose to the neighboring Big Island town, locals have been embracing the increase in tourists this season. 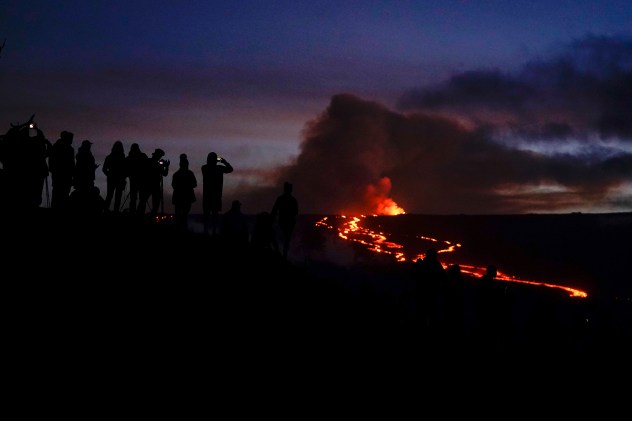 After Mauna Loa, also known as the world’s largest active volcano, started erupting Sunday night, both tourists and locals have become fascinated with the possibility of witnessing the fire-orange emerging liquid.

Residents who have lived in Hawaii their whole lives, as well as lucky tourists, have been gathering along the edge of the mountains across Mauna Loa all week, making themselves comfortable with blankets and chairs they brought in preparation for the historical event, Reuters reported.

“That hasn’t happened since 1984. It’s a really special time to be here,” Jessica Ferracane, a spokeswoman at Hawaii Volcanoes National Park, told The Associated Press.

Concerns about the volcanic flows threatening main roads that connect the cities of Hilo on the east side of Hawaii Island to Kailua-Kona on the west side have been raised. Yet right now, experts haven’t identified if there is a potential danger to any of the nearby communities, the AP reported. 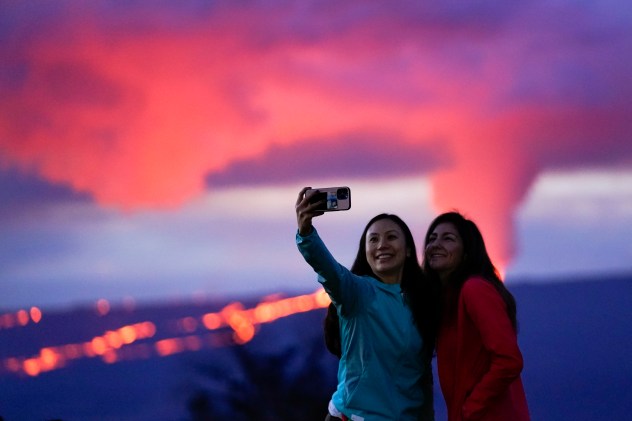 Officials said they are monitoring the dangers these eruptions could bring to both residents and infrastructure.

“We assume that any eruption on Mauna Loa could be a threat to communities, but it really depends on which way the lava goes,” USGS Ph.D. scientist Jessica Bell told AccuWeather in an interview. “If it goes to the northwest or the west, it could come down into the Waikoloa area and the coast there. If it were to start erupting and flowing more towards the east, then we would be worried about it approaching Hilo, which it did in the 1984 lava flow.”

For now, Hilo has been filled with thousands of visitors, marking an unusual increase in the town’s tourism levels this time of the year, which is often one of the slowest. The AP reported hotels were becoming fully booked and the demand for helicopter tours of Mauna Loa, which means “Long Mountain” in Hawaiian, was on the rise by visitors and members of media organizations.

Marian Somalinog, front desk representative at the Castle Hilo Hawaiian Hotel, told the AP she hasn’t personally joined sightseers because of the increase in traffic, but she has experienced the positive side of things.

Steve Solberg, general manager of Outrigger Kona Resort & Spa in Kailua-Kona, told AP there had been mixed reactions from his hotel guests. While some canceled their reservations because of the eruption, many took the opportunity to go see it and even stay at the resort solely for this reason.

Many visitors aren’t aware that Kilauea, a smaller volcano, has also been erupting since September 2021. Ferracane told AP both Mauna Loa and Kilauea are visible from multiple spots near the latter’s caldera.

Hawaii Volcanoes National Park hasn’t experienced a rise in visitors just yet, but Ferracane told AP the park is expecting to see a rise up to normal season levels late next week.