Tree may be the world's oldest, dating to 3,400 years before the birth of Christ

The scientist who has studied the majestic tree says it's an astonishing 5,484 years old -- an age that lives up to its nickname and then some.

Alerce Costero National Park in Chile may be home to the world’s oldest tree. This ancient Alerce tree is estimated to be over 5,000 years old.

In the lush green forest of the Alerce Costero national park in southern Chile, one majestic tree that towers over the rest could give what's currently recognized as the world's oldest tree a run for its money.

A study carried out by Dr. Jonathan Barichivich, a Chilean scientist at the Climate and Environmental Sciences Laboratory in Paris, suggests the ancient cypress tree, known as "great grandfather," could be older than the 4,853-year-old "Methuselah," a bristlecone pine in California and current the record holder, by more than half a millennium. But the trunk, which has a diameter of 4.37 yards (4 meters), has posed a challenge for the Chilean scientists trying to determine the exact age of the tree.

Typically, a one-meter cylinder of wood is extracted, and the tree rings are counted to determine the age of a tree, but the tool used for this is simply not long enough to reach the center of the massive trunk and this will only give the minimum age of the tree.

"We could count all the rings, but we know it's not the tree's age. It's an estimation of what we call a minimum age," Barichivich told Reuters. "So, for this kind of tree, the scientific challenge is to estimate with science that part that we do not see and that is missing, and this is what we did with the millennial alerce." 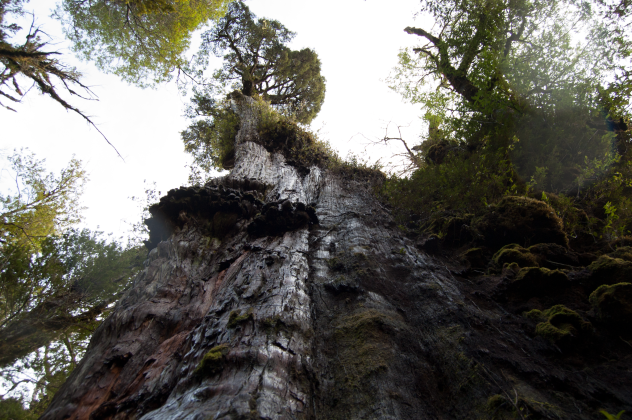 Barichivich explained that the study, which used a combination of computer models and traditional methods for calculating tree age, determined the approximate age of the tree to be 5,484 years old, which is 631 years older than Methuselah.

"This method tells us that 80% of all possible growth trajectories give us an age of this living tree greater than 5,000 years," Barichivich told Reuters. "There is only a 20% chance that the tree is younger."

"Great Grandfather" could become not only the oldest tree in the world but also the oldest living thing on Earth, surviving numerous eras of human civilization, including the end of the Stone Age.

"My hope is that viewers can think for a fraction of a second about what it means to live 5,000 years and see life in perspective, and that would make people understand the challenges nowadays is the ecologic and climate crisis that we're facing," said Barichivich. 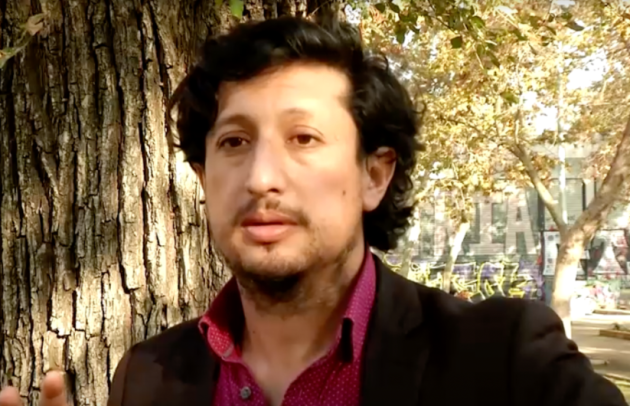 Dr. Jonathan Barichivich, a scientist at the Climate and Environmental Sciences Laboratory in Paris (Reuters)

According to The Guardian, "Great Grandfather" grows in a cool but humid habitat, but the effects of climate change are causing the conditions surrounding the forest to become drier, which is one threat the tree faces in addition to those posed by humans.

To put into context just how old the aptly-nicknamed "Great Grandfather" is: If Barichivich's calculations are correct, the tree predates basically all known forms of human written communication.

According to the Getty Center, a cultural and philanthropic institution based in Los Angeles, the earliest known human writing was dated to around 3,400 B.C., roughly 78 years after the "Great Grandfather" tree started growing. 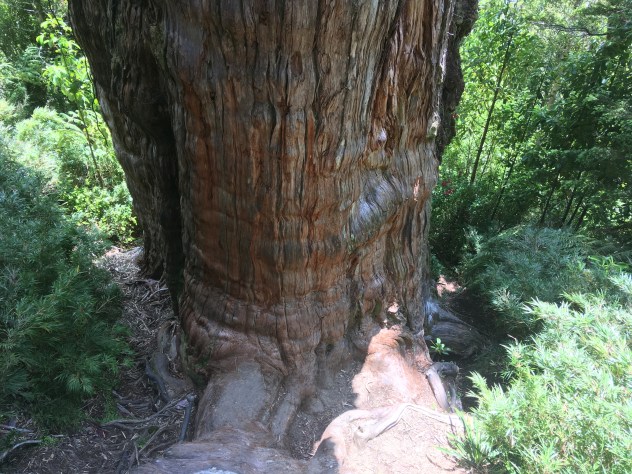 An Alerce (Fitzroya cupressoides) is pictured in a forest at the Alerce Costero National Park in Los Rios, Chile, on January 17, 2020. It is known as the "Great Grandfather" tree and researchers believe it's the world's oldest at 5,484 years. (Jonathan Barichivich / Handout via Reuters)

Although Barichivich hopes to publish his estimate in the coming months, he has not formally done so yet since his projection does not involve a complete count of the tree's growth rings.

The great grandfather, an ancient cypress tree, specifically an alerce tree, is a coniferous tree native to southern Chile and southern Argentina. It is a part of the same botanical family as redwoods and bears many similarities. Save the Redwoods League describes alerce trees as "redwood relatives south of the equator."

The alerce trees can also grow to extreme ages. A 1993 study by Antonio Lara of the Austral University of Chile, Valdivia, reported an alerce stump in southern Chile that had 3,622 growth rings.

While the location of old trees is protected in the U.S., the same is not true in Chile. Visitors regularly visit the "Great Grandfather" tree, often leaving the observation platform, stepping on the roots and taking pieces of its bark. Barichivich worries that this constant damage and climate change will seriously imperil the remarkable tree.