Earlier this month, a recently-launched satellite was keeping a watchful eye over the southwest Pacific Ocean and caught a sensational occurrence at one of the most active underwater volcanoes in the region. 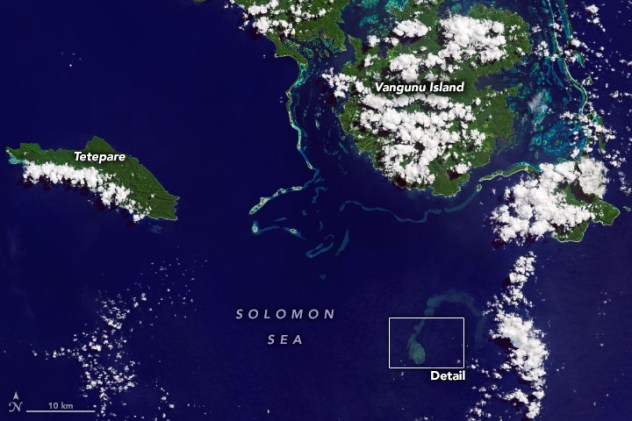 This image captured May 14, 2022, by NASA's Landsat 9, shows a plume of discolored water being emitted from the 'Sharkcano,' an underwater volcano that lies about 15 miles south of Vangunu Island.

Typically, a volcanic eruption threatens the local environment and the land-bound animals within it. A recent situation in the Pacific Ocean, however, was anything but typical.

On May 17, the Twitter account for the NASA Earth Observatory shared details of underwater eruptions occurring at the Kavachi Volcano, near the Solomon Islands in the Pacific Ocean east of New Guinea, that occurred a few days earlier. The space agency's Landsat 9 satellite, which was launched last September in conjunction with the U.S. Geological Survey, captured images of what scientists described as a "Sharkcano" eruption in the southwest Pacific.

The eruptions earlier in May, which began in October 2021, according to the Smithsonian Global Volcanism Program, were not the first time this happened at Kavachi, one of the Pacific Ocean's most active underwater volcanoes. These latest eruptions follow major eruption incidents in 2007 and 2014, and NASA researchers uncovered satellite images of plumes of water emerging from Kavachi's crater.

While smoke and ash are part of the active eruption period at Kavachi, the unique nature of the volcano's location threatens some massive inhabitants -- an unexpected thriving shark population within the deep ocean crater. 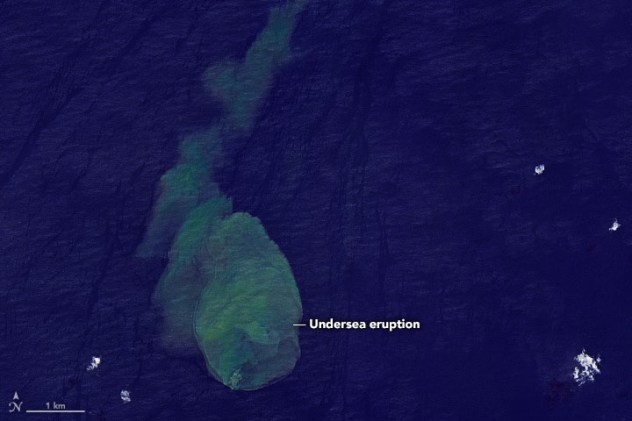 This image captured May 14, 2022, by NASA's Landsat 9, shows a plume of discolored water being emitted from the 'Sharkcano,' an underwater volcano that lies about 15 miles south of Vangunu Island.

Dubbed the "Sharkcano," scientists found incredible footage of two species of sharks living within the volcano's crater, including hammerheads that can weigh anywhere between 500 and 1,000 pounds. The presence of these sharks, researchers wrote in a 2016 Oceanography article, brought up "new questions about the ecology of active submarine volcanoes and the extreme environments in which large marine animals can exist."

NASA shared a photo of an eruption from the submarine volcano, Kavachi, near the Solomon Islands on May 14. The crater has an odd secret; it is home to sharks that can withstand the harsh conditions.

"If gelatinous zooplankton, sharks, and other fish species have a particular tolerance for hot and acidic water, do these groups have a greater chance of surviving human-induced changes to ocean chemistry and periods of increased volcanism on a global scale?" the article pondered. 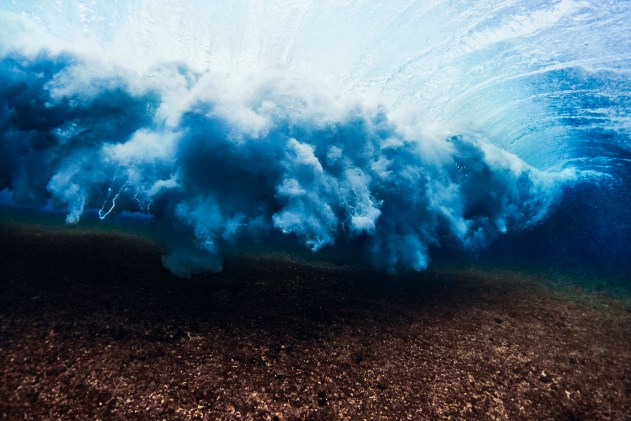 An underwater volcano eruption in the Philippines shows the water plumes that cover the ocean, similar to the Kavachi Volcano's recent eruption near the Solomon Islands in the Pacific Ocean. (Photo via Getty Images)

The Oceanography researchers used a baited drop camera to dive 150 feet inside the crater, observing stingrays and jellyfish (among other creatures) living alongside the sharks.

The summit of Kavachi, NASA estimates, is approximately 20 meters, or roughly 65 feet, below sea level, while the base lies on the seafloor at a depth of 0.75 of a mile. The volcano formed in a tectonically active area known for phreatomagmatic eruptions. These eruptions are the interaction of magma and water, which cause explosive eruptions that can eject such matter as steam, ash and volcanic rock fragments. 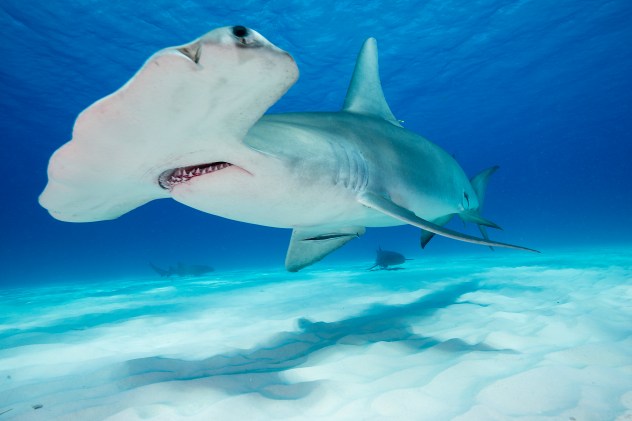 Hammerhead sharks, such as the one seen here in the Bahamas, are known inhabitants of the acidic conditions within the Kavachi Volcano in the Pacific Ocean. (Photo via Getty Images)

Now, the shark inhabitants find themselves in the middle of such eruptions, with details yet to emerge about the safety of both the hammerhead species and the silky shark species that swim within the crater.

According to NASA, Landsat 9 is the only U.S. satellite with the mission of observing "the global land surface at a moderate scale that shows both natural and human-induced change."

This US county was the world shark attack capital in 2021