A severe thunderstorm tracked over Colorado Springs, Colorado, on Monday afternoon, dropping hail across the city that covered roads and lawns.

Four-teen people at the Cheyenne Mountain Zoo were injured and five were hospitalized with injuries sustained from hail, according to the Colorado Springs Fire Department.

Reports say that medical personnel set up a triage at the entrance to the zoo due to the amount of people injured from the hail.

Due to severe hail damage and the resulting situation, we are asking everyone to avoid the area near the Zoo. All reunions will happen at Cheyenne Mountain High School near the football stadium. We have 3 buses en route, ready to evacuate people from the Zoo.

The zoo announced on its Facebook page that two animals died after suffering trauma during the storm.

"One animal was Daisy, a 4-year-old muscovy duck. The other animal was 13-year-old cape vulture, Motswari," the zoo wrote.

Nearly 400 cars in the zoo's parking lot were severely damaged.

Some of the largest hail fell on the southern side of Colorado Springs with hailstones measuring nearly as large as softballs.

The massive hail resulted in property damage, including damage to buildings and vehicles.

Storms to threaten Desert Southwest, Rockies and High Plains this week
Preparing for severe weather: How to protect your car from thousands of dollars in hail damage
3 common household items to help measure hail without a ruler

Highway 24 near Manitou Springs was closed due to debris and flooding in the roadway. A flash flood warning was also issued for southern Colorado Springs and El Paso County. 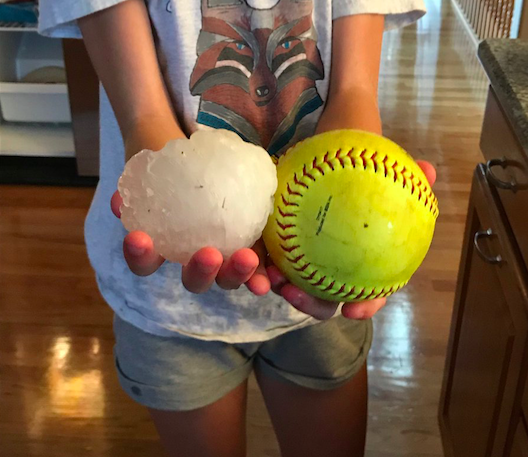 A hailstone that fell on the southern side of Colorado Springs, Colorado, on Monday afternoon being held next to a softball. (Photo/@Junger1975) 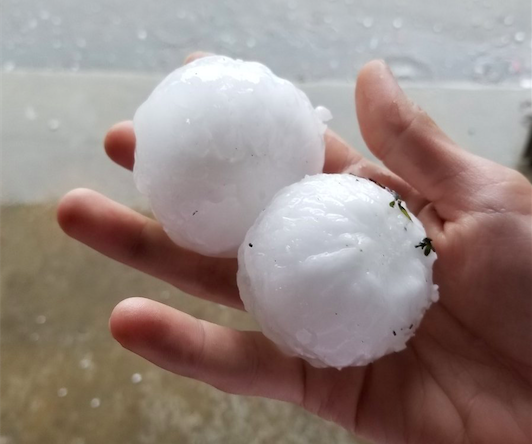 #cheyennemountainzoo an idea of some of damage to vehicles at the zoo today. pic.twitter.com/fFWHFEjQcG

Baseball sized hail right now!! Cars are fine but some of my friends’ windshields were shattered! pic.twitter.com/CGnQsNIirf

The skylight at my mom and dad’s house, plus some scenes from my neighborhood. #cowx pic.twitter.com/0uDPsR3e8a