A dramatic Friday the 13th aerial rescue took place high on Mt. Rainier during a windstorm after two climbers became trapped. The first rescue mission had to be aborted due to nearly impossible weather conditions. 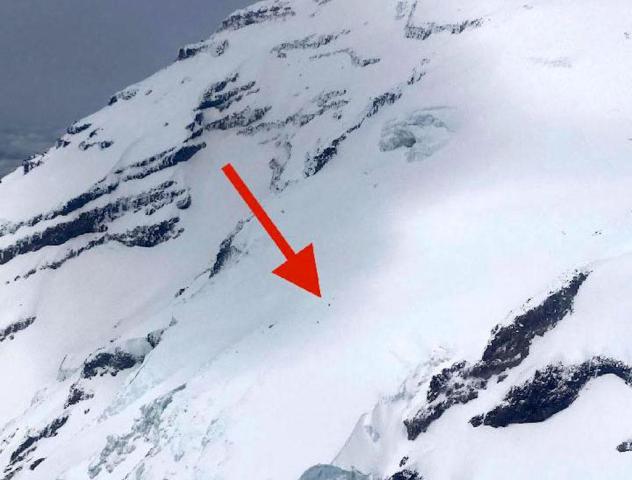 According to a statement released this week by the National Park Service, the climbers, who have not been identified, made a 911 call on Wednesday, May 11, to inform authorities that deteriorating weather conditions forced them to stop climbing the mountain at 12,800 feet on the Kautz Glacier climbing route. The climbers said they planned to try to descend the Disappointment Cleave Route, so officials began monitoring their progress down the mountain using their cellphone signals.

The next day, Thursday, May 12, one of the climbers fell 80 feet down a large crevasse and injured an arm and leg. The climber was able to use a cellphone to call for help, but authorities could not launch an immediate rescue effort because of deep snow, limited visibility and strong winds, according to the NPS.

The next day, Friday, May 13, the 304th Air Rescue Squadron out of Portland, Oregon, sent a crew on a Chinook helicopter to attempt an early-morning rescue, but strong winds forced them to the ground.

"Deep snow, strong and erratic winds and limited visibility at the accident site caused significant challenges for National Park Service and military rescue teams," the NPS said in the statement.

The rescue crew made a second attempt several hours later and were able to hoist up the first climber from the surface of the mountain.

Later, the National Park Service sent another helicopter up to drop a team of four Mount Rainier National Park climbing rangers on the mountain just above where the climber was trapped in the crevasse. The team was able to climb down and rescue the second climber who was flown to safety.