Ghost hunter: Thunderstorms cause an increase in paranormal activity

Ghosts and other types of paranormal activity have more in common with weather than you may think. Paranormal investigator, Mark Keyes, explains the role thunderstorms play in ghostly activities.

When the thunder roars and lightning splinters in white-hot flashes across darkened skies, the haunted may just catch a glimpse of a revenant in the pale light of the passing storm.

Thunderstorms stir energy in the atmosphere, and according to those who research paranormal activity, they may just stir the ghostly manifestations of those long dead.

“There are lots of people who witness hauntings, who have homes that they claim are haunted, who will tell us that when you have something such as a thunderstorm... they do have an increase in activity,” Pennsylvania Paranormal Association director Mark Keyes said.

Keyes is a retired police detective who said he has had an interest in paranormal phenomenon since his youth.

Ghostly happenings give people a chill: How researchers use thermal imaging in paranormal investigations
Photos: ‘Ghost forests’ show the skeletons of dead trees as saltwater encroaches coastal areas
Top weather phobias explored: Millions of Americans experience these weather fears
Why do spiders, bats and other spooky creatures have a bad reputation?

As other law enforcement officials expressed interest in researching reported hauntings, Keyes founded the group to further investigate these claims of the paranormal.

“We had several other state troopers and two FBI agents that wanted to be a part of a group as well,” Keyes said.

“They knew my credibility. They know I was very objectively looking at this; they found it fascinating. Some were skeptics, but they wanted to look into this as well.” 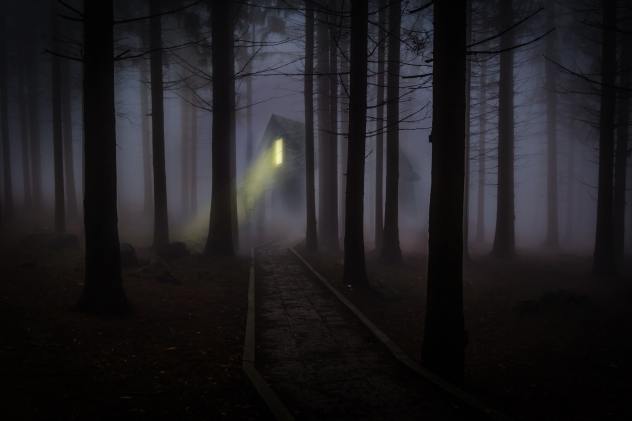 According to Keyes, spectral apparitions and shadows are often seen by people who claim their homes are haunted.

In other cases, reports of lights flickering and electronic equipment turning on and off on its own, even when unplugged, is common.

“Other people report more physical activity such as doors opening or closing, lights or TVs turning off by themselves. Believe it or not we’ve had a lot of reports of stereos, radios, turning themselves on when they’re not even plugged in.”

According to Keyes, a recent case he investigated involved ornamental lights over a window turning on by themselves.

Some believe that apparitions, or spirits, need some source of energy to manifest their presence into the physical plane in order to communicate with the living. This could include drawing energy from electrical circuits and even batteries.

"If a spirit is trying to manifest, that is, become physically visible, it will pull energy out of the environment to do that," Keyes said.

This could also include heat, as cold spots are commonly reported as well in areas where a haunting has been reported.

“It seems to be shortly after a lightning storm that they do notice an increase,” he said.

“Our psychic medium – and this seems to be pretty common with most mediums, will say after a thunderstorm, or if there’s a moon cycle or different times of year, they are witnessing physically, a lot more activity.”