From meteor showers to a supermoon: 5 astronomy events you won't want to miss this fall

The longer autumn nights will feature many notable celestial events that stargazers can mark down on their calendars.

Fall features a variety of events that don’t require telescopes to view, including several meteor showers, planetary alignments and the only supermoon of 2017.

One of the most well-known full moons of the year will rise in early October, shining bright in the autumn sky.

“The Harvest Moon is the moon that falls nearest the autumnal equinox; this full Moon provides the most light at the time when it’s needed most—to complete the harvest,” the Old Farmer’s Almanac said. 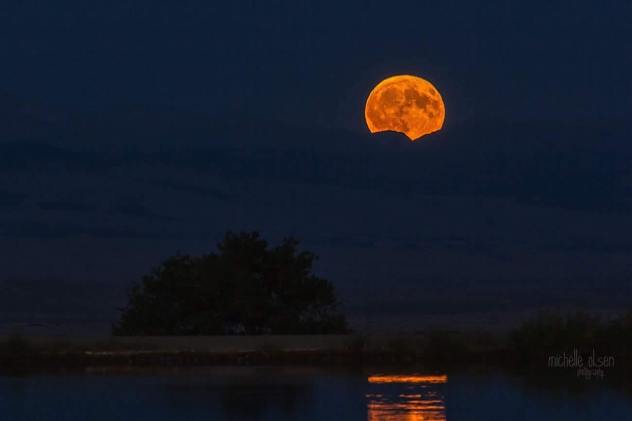 The Harvest Moon falls just days before the Draconid meteor shower, which peaks on Oct. 8., meaning that many of the meteors from the shower will be washed out by the moonlight.

This is just a minor meteor shower, peaking with around 10 meteors an hour, and the best views occur during the early evening.

Meteor showers frequent the night sky during the fall with a shower peaking once every few weeks.

The Orionids comprise one of the bigger meteor showers of the season. It also falls during a weekend, peaking on the night of Friday, Oct. 20, and lasting into the early morning hours of Saturday, Oct. 21.

Onlookers can expect to see as many as 25 meteors an hour in dark rural areas during the peak of the Orionids, according to AccuWeather Astronomy Blogger and Senior Meteorologist Dave Samuhel.

The best time for viewing the shower will be after midnight with shooting stars appearing all across the night sky.

“The moon will set during the evening, making for excellent viewing conditions,” Samuhel said.

Two of the brightest planets in the sky will appear extremely close to each other in the pre-dawn sky around the middle of November.

“On Nov. 13, Jupiter and Venus will be very close to each other before sunrise,” Samuhel said.

The planets will be so close to each other that at a glance, they may look like they are just one bright star, rather than two planets shining just above the horizon. 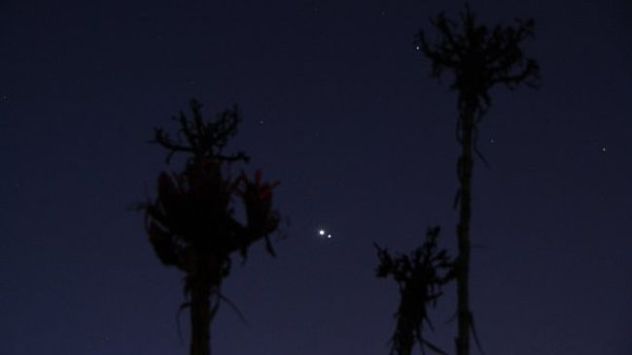 This picture was taken in July of 2015 showing a conjunction of Jupiter and Venus. (Twitter Photo/@pfwaus)

This type of astronomical event is called a conjunction, marking the time in which the planets will appear closest to each other before they gradually appear to drift apart.

“On Nov. 14 through Nov. 16, the thinning crescent moon will be seen near Mars and the two planets, which still will appear near each other,” Samuhel said.

The only supermoon of 2017 will rise on Dec. 3, shining big and bright in the late-autumn sky.

A supermoon is a term referring to a full moon around the same time that the moon is near perigee, or at the point in its orbit where it is closest to the Earth.

As a result, the moon appears slightly larger and brighter than normal. 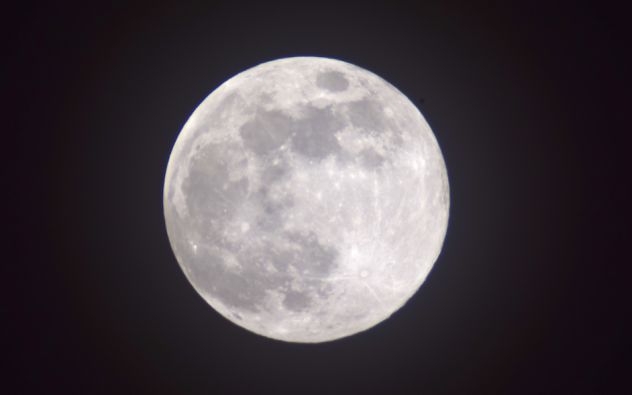 Additionally, December’s full moon will also be called the Full Cold Moon as December is the month when the winter cold fastens its grip, according to the Old Farmer’s Almanac.

One of the best meteor showers of the year will take place in the final days of autumn as the Geminid meteor shower reaches its peak.

“The Geminid meteor shower is the most active one of the year with up to 120 meteors per hour,” Samuhel said.

This year is a particularly good year for viewing the shower as it reaches its peak just a few days before the new moon, meaning that there will be very little natural light pollution. 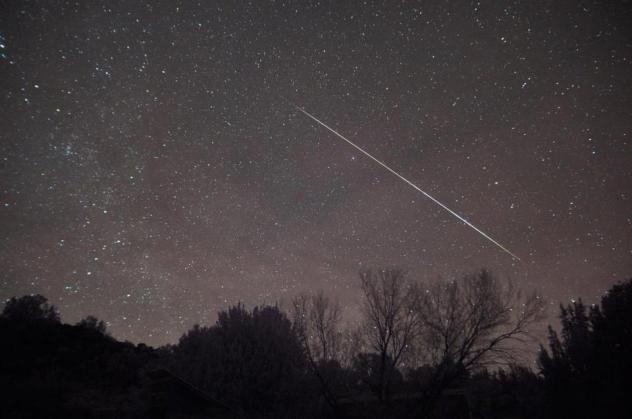 A Geminid meteor shooting across the December sky in 2012. (Facebook Photo/The Wilderness Vagabond)

The best time to view the shower will be after midnight; however, the Geminids will be active during the evening hours as well, according to Samuhel.

Not only are the Geminids known for producing an abundance of shooting stars per hour, but also for producing meteors that glow in different colors as they streak across the night sky.