'That was scary': Teen pilot on round-the-world journey slowed down by weather

The 19-year-old, attempting to set a world record, discussed how weather has been a factor in her months-long journey. "I actually don’t know how long I can survive in minus 35 degrees Celsius," she said of one notoriously frigid place.

Teen pilot Zara Rutherford hopes to be landing in her home country of Belgium in a few weeks. The 19-year-old is challenging a Guinness World Record to become the youngest woman to fly solo around the world. The current female record holder, American Shaesta Waiz, was 30 when she set the record in 2017. The youngest male record-holder was 18 when he completed the incredible feat.

Rutherford's plans were to complete the journey by Christmas, but she has been repeatedly set back by delays, most of them due to weather. She began the epic journey back on Aug. 18, and even then, her initial takeoff was delayed 30 minutes due to inclement weather, a theme that has been recurring during her travels around the globe.

"It has been challenging," she said speaking to reporters at Gimpo International Airport in Seoul in mid-December after finally arriving from Vladivostok, Russia, in her Shark Aero ultralight plane, the world's fastest microlight. She explained that she had been stuck in both Alaska and Russia for a month each because of "visa and weather issues." 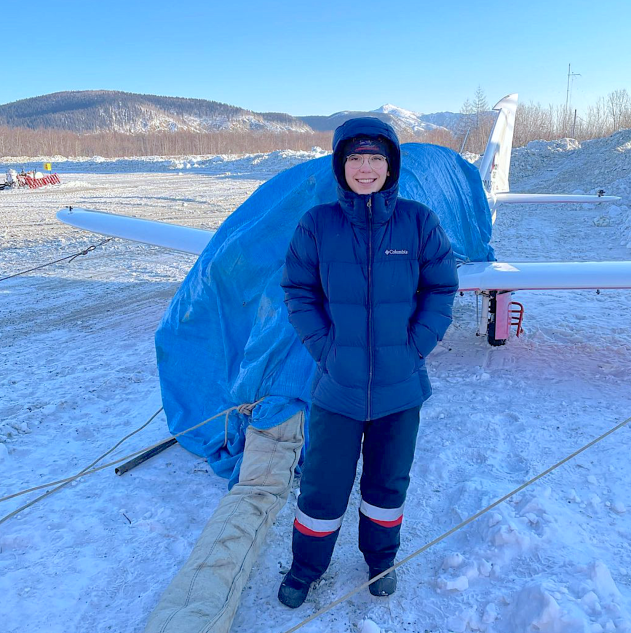 Rutherford posted this image to Instagram with the caption: "At this rate, by the time I get home I’ll be fluent in Russian. I’ve been in Ayan almost 3 weeks now. Weather is looking promising for tomorrow! Plane is being warmed up in the background to melt some of the ice." (Instagram/FlyZolo)

The Belgian-British pilot left Belgium Airport in August and now hopes to complete her 32,000-mile trip across five continents and 52 countries by mid-January 2022.

Rutherford spoke about her recent long-distance flying fears during a stop in Indonesia on Dec. 22, saying the most challenging part of her journey so far was flying across northern Russia in winter. The pilot had hoped to reach Siberia much sooner, but due to numerous delays, she arrived there nearly three weeks later than planned. 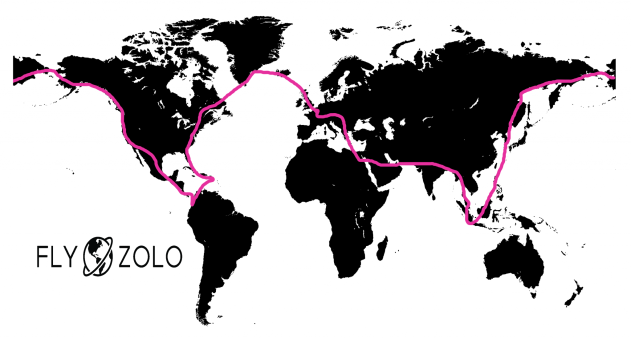 “The problem with Russia, especially at this time of year, is it is extremely cold. There was one leg which was six hours, and it was six hours of nothing, just wilderness," she said. "It was so cold there were no trees. Nothing. No plants, no wildlife, just hills and smooth ice. The sea was frozen."

The Arctic climate tested her plane, which had never experienced such low temperatures before. She flew over Siberia to Magadan where she had to wait a week because of bad weather. On Nov. 9, she was forced to stop in a town called Ayan because her plane needed de-icing. She ended up being stuck there for three weeks due to heavy snow.

Her team posted updates on Instagram, saying, "As she is in subarctic conditions by the Sea of Okhotsk (sometimes reaching subzero temperatures of well below -20°C) her little Shark plane needs de-icing before she can take off. This procedure is critical, as her plane is not equipped with a de-icing system, and ice on the wings is a hazard for every pilot. It's one of the top safety-related concerns in aviation, and it's led to hundreds of accidents." 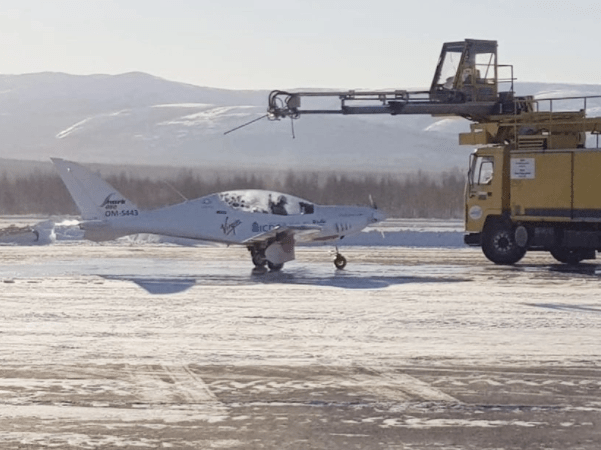 Of flying over remote northern Russia in the winter she told Reuters, "That was scary because if for any reason the engine stops, I think I could survive. I could either land on the land or ditch the parachute in the water, and I'll be OK."

Rutherford revealed that, for her, one of the most difficult parts of flying solo is that there is no one to help her problem-solve or make difficult decisions.

“Your mind is going to play tricks on you ... So it's quite good to be able to discuss with someone what the best decision is," Rutherford said. "I have to make decisions by myself and make sure they are as rational as they can be. When the weather is bad is it safer to keep going, see what that’s like or is it safer to fly back?”

With most of the extreme winter weather behind her, the teen is hoping to finish up her journey without delay. She spent Christmas Day in Singapore then flew to Sri Lanka Tuesday. From there, she'll head to India, United Arab Emirates, Saudi Arabia, Egypt then back into Europe where she'll land in Belgium. You can follow her progress live on her website.

Rutherford hopes her voyage will encourage girls and women to study and work in STEM (science, technology, engineering and mathematics) subjects and spark interest in aviation. She is planning to start college next year with the dream of becoming an astronaut.