Decades ago the skeletal remains of hundreds of people were found at a glacial lake in the Indian Himalayas. But advancements in science have brought more questions than answers.

Tucked far up in the freezing, snow-covered mountain ranges of the Himalayas at the dizzying height of more than 15,700 feet above sea level is Roopkund Lake, a small body of water.

At roughly 130 feet (40 meters) in diameter, the lake is less than the width of a football field. But the little lake has a big reputation. It's where the mystery of the dead is still very much alive.

The body of water, commonly known as "Skeleton Lake," is the final resting place for what scientists estimate to be 500 to 800 sets of human remains. It's a mysterious lake where hundreds of people met death and the icy Himalayas continued to preserve their remains.

“If you read about it or try to imagine it, I think that’s when it feels very spooky," journalist Neelima Vallangi told AccuWeather from her home in Kathmandu, Nepal. "That 500 to 800 skeletons are lying abandoned in the mountains deep in the Himalayas. It feeds your imagination." 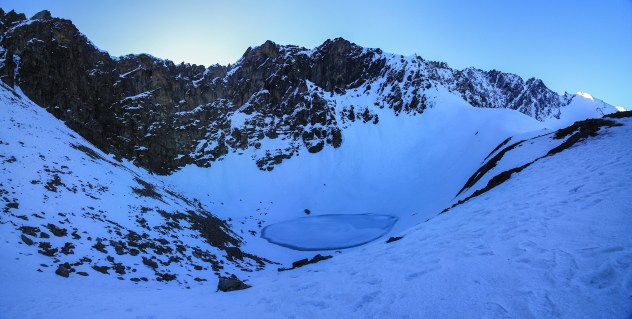 In 1942, an Indian forest official discovered the skeletal remains scattered in and around the lake. He reported the strange discovery, but it wasn't made public until the late 1950s. As National Geographic reported, "In the 1950s, one explorer described the site to an Indian radio station as a 'ghastly scene that made us catch our breath.'"

It was initially believed that the skeletons were Japanese soldiers or Tibetan traders who died due to an epidemic or from exposure to the unforgiving elements.

However, forensic analysis in 2004 revealed unhealed injuries on several skulls that led scientists to conclude that a group of Indian pilgrims, both men and women, assisted by local porters from the region, were struck by giant hail at Roopkund in a single event in the 9th century.

As Neelima Vallangi wrote for the BBC, "They were believed to have been on a revered, once-in-a-12-year Hindu pilgrimage called Nanda Devi Raj Jat Yatra, an ancient tradition that continues to this day. Roopkund is on the way to Homkund, the final destination of this arduous foot journey."

The theory was plausible at the time. The group comprised both men and women of various ages, which ruled out the possibility that the remains belonged to soldiers.

But from a meteorological perspective, "killer hail" is an unlikely culprit due to the high altitude of Roopkund Lake, according to AccuWeather meteorologists.

At such high elevation, there wouldn't appear to be enough heat or moisture -- both related through thermodynamics -- to breed such "killer" hail, they noted. 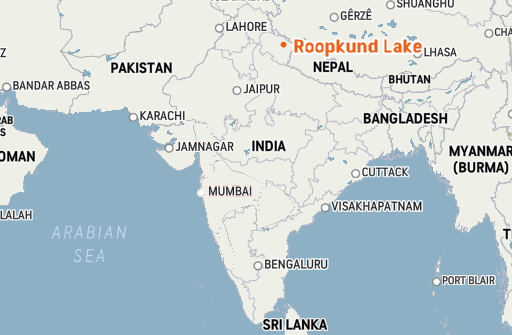 A map showing the location of Roopkund Lake (AccuWeather)

Experts haven't completely ruled out the possibility given that this is an event that took place more than 1,000 years ago, but generally, the conditions at a location as far above sea level as Roopkund Lake would "limit repeated freeze-thaw, wet-freeze cycles" necessary to produce large hail. The conditions there would favor small and/or soft hail over large, icy hail, AccuWeather meteorologists said.

Veena Mushrif-Tripathy, professor of archaeology at Deccan College in Pune, was part of the 2004 investigation. She said no weapons or signs of combat were found at the site, but they did find musical instruments, which is consistent with old folk stories of pilgrims traveling on the Nanda Devi Raj Jat Yatra. The victims were also healthy when they died, which rules out a mass epidemic.

Vallangi completed the trek that leads past Roopkund Lake in September 2009. She told AccuWeather that, at the time, she was excited about hiking so high in the Himalayas.

“You have to be reasonably fit to be able to walk for five to 10 days and the temperature obviously changes, fluctuates from 20 degrees (C) in the plains or lower hills to zero or sub-zero once you reach 4,000, 5,000 meters," she said, referring to a temperature range from about 68 degrees to below freezing. "This lake is at 4,800 meters.”

Vallangi was with a large group when she first set eyes on Skeleton Lake. She said that, before the group arrived, her guide had told them the most popular story behind the human remains: Pilgrims were caught in a huge hailstorm and perished.

This was what those in Vallangi's group believed they were seeing when they stopped at Skeleton Lake one frigid morning in 2010.

“It was very freezing and it was very cold, but once the sun is up it’s like a nice ski day," she said. "It's just that early in the morning when you're walking in the dark that's when it's really cold and miserable." 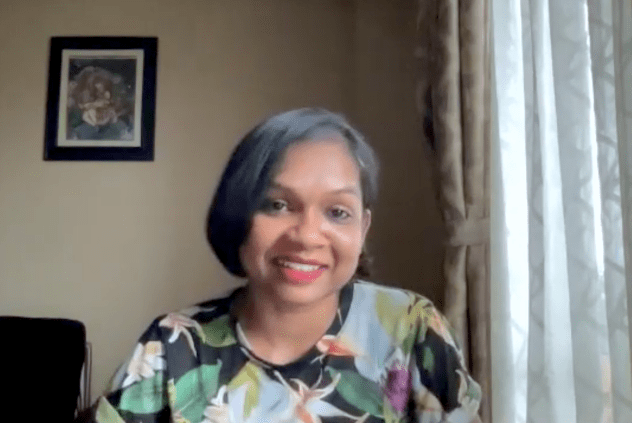 Neelima Vallangi is a journalist and photographer who went on a trek in the Himalayas that included a stop at Roopkund Lake. (AccuWeather)

The group was on its way to Junargali, a jagged ridge with a panoramic view of the high Himalayas that sits far above the lake.

“We saw some skulls and the leg bones and big arm bones and all these things just piled up,” she told AccuWeather.

“It’s not like you just walk in and there are just skeletons all over. Some of them are in the lake, apparently, and some of them are probably buried in the slopes in the snow, so sometimes when the snow is completely melted you could see them," Vallangi continued. "But when we went, the whole region was completely covered in snow so we couldn’t see any other skeletons scattered around apart from the pile."

A year after Vallangi's trek, the first ancient human genome was sequenced, revolutionizing research into the past. The cold case of Roopkund Lake was heating up. Bone samples from 38 skeletal remains were sent to labs around the world for full genomic analysis. The results of the five-year-long study, published in 2019, were stunning.

The new study revealed that the 38 skeletons belonged to three genetically distinct groups and were deposited at the lake during multiple events over a 1,000-year period.

The new results show that there were 23 people with South Asian ancestry at Roopkund, but they died during one or several events between the 7th and 10th centuries A.D.

Incredibly, the study revealed, another group of 14 victims died there a thousand years later — most likely during a single event in the 19th century. Furthermore, this group had a genetic ancestry tied to the Mediterranean, specifically Greece and Crete. (There was one sample that had South-East Asian origin, also from the 19th century.)

“Now we see people died in multiple events between the seventh and tenth century and someone else died in the 18th or 19th century, so now we don’t know exactly what happened at all,” Vallangi told AccuWeather.

The discovery of Mediterranean migrants in India is particularly surprising. There is no historical evidence or explanation for who these people were and what they were doing deep in the Himalayas.

The year “1800 is not that long ago. People would remember if something unusual happened," Vallangi said. "I think it would have been passed down in oral history or it must be there in the collective memory of locals because it’s a pretty remote place. So if a foreign-looking group came there and they all perished in the mountains, it seems highly unlikely that nobody would know or remember such a bizarre incident.”

Interestingly, advancements in science have raised more questions than answers. The mystery of what happened at Skeleton Lake doesn't appear any closer to being solved.

“Now that I’ve read all the studies, it’s like I’ve put together all of it in my mind and I feel like, 'Wow, this is a crazy mystery!'” Vallangi said.

It's a difficult archaeological site due to its remoteness, the extreme weather, and the fact that, over the years, the skeletons have been moved around by trekkers and even taken home as souvenirs. In fact, the trek became so popular the environment began to degrade and the trek past Roopkund Lake is now banned.

More than a decade after that frigid morning when she first stood at the edge of Skeleton Lake, the story continues to grip Vallangi's imagination. But with such little evidence, she wonders whether the world will ever know the truth about what happened there.

“Who are these people? What happened there? Why are they all going there to die in that one lake?" she still wonders. "Yeah, I think it’s a very interesting story ... I don’t know how this will ever be solved.”