Take a drive along the Blue Ridge Parkway as the 2021 fall foliage reaches its peak in the Pisgah National Forest in western North Carolina.

Two months after Tropical Storm Fred brought a deluge of rainfall to the Southeast, the flora still keeps a record of its path.

The warm, vibrant reds and oranges showed up later than usual this year due to the excessive amount of rainfall, but, as of late October, they painted a picturesque autumn scene across the southern Appalachian Mountains. At their base, however, the evidence of flash floods that once raged and sloshed debris downhill remains.

"One thing that's unique about this leaf-peeping season is that you can actually see evidence of those flash floods, a lot of debris, big logs and debris that were transported down off the creeks and then you see the beautiful fall colors lit up," Extreme Meteorologist Reed Timmer told AccuWeather about the dichotomy around this autumn's leaf-peeping season.

While the meteorologist has made a name for himself extreme storm chasing, he's found the time for "extreme" leaf-peeping during the fall. In fact, the activity offers a break from the emotional ride that can come along with chasing tornadoes and hurricanes, which he pointed out can leave behind devastation. 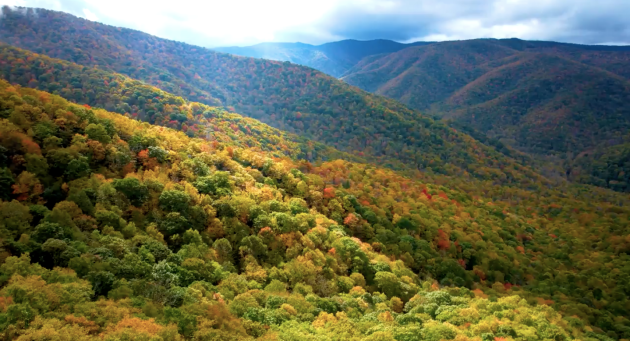 A glimpse of the fall colors over Pigeon Gap, North Carolina. (Reed Timmer)

"It's ... a lot like tornado chasing too or chasing flash floods in the western U.S.," Timmer said. "You have to factor in topography and meteorology and hourly rainfall" in order to find the best foliage displays. "So it's kind of an all-hands-on-deck type of an approach with meteorological factors." He added that geological factors also came into play along with tourist flow in the area.

You don't have to be an extreme meteorologist to go extreme leaf-peeping, however.

Prepare for the trek

Whether leaf-peeping by car or on foot, preparing for the journey could save you from a headache down the road.

Timmer warned that there could be a lot of walking involved, so people planning on getting out of their cars may want to prepare for lengthy hikes. Wheelchair accessible sites that are also prime leaf-peeping locations include the Great Smoky Mountains National Park, the Blue Ridge Mountains and The Wild Center in the Adirondacks.

Packing food and preparing for injuries could also prevent a leaf-peeping tour from being cut short. 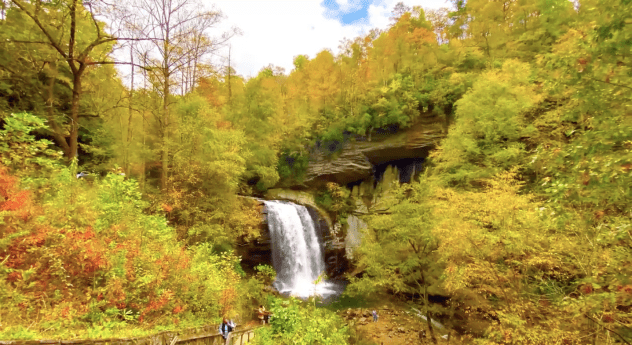 The leaf-peeping season was slightly delayed this year in the southeastern U.S. (Reed Timmer)

"Usually, overall, you don't sustain too much in the way of injuries [while storm chasing], but leaf-peeping, on the other hand, is very extreme," Timmer said. "You're always looking up at the sky, looking up at the leaves and the beautiful colors, so you're not watching your terrain below."

In one instance while leaf-peeping in Colorado, Timmer tripped over a root while carrying his dog, Gizmo. Not wanting her to get hurt, he held onto the pup and was unable to use his hands to break his fall. His knees took the brunt of that tumble.

From checking out satellite imagery to scouring social media reports to looking up past weather events that could impact the vibrancy of the leaves, Timmer recommended people research areas before driving to them.

Part of that comes with knowing your area. The southeastern U.S., for example, has one of the longest leaf-peeping seasons in the nation, starting up in the Appalachian ridges.

"They usually begin at the higher elevations because you have those colder temperatures early on," Timmer said. "You have those very crisp, cold nights as well. The leaves have less of a desire to undergo photosynthesis and contribute to those bright greens we see." 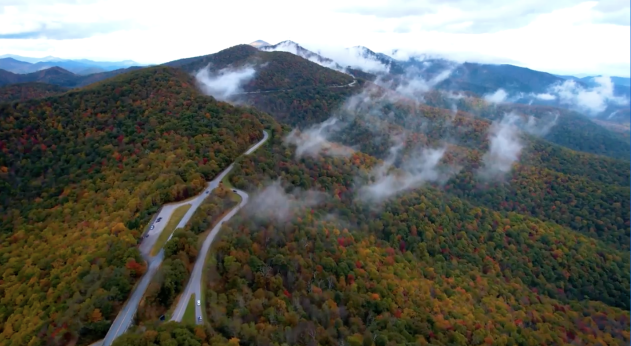 Other factors leading up to the season such as precipitation, drought conditions and soil moisture can also factor into which areas have peak colors, meaning that it's not just elevation that dictates what areas change color first.

"It's not just a linear relationship between elevation and leaf color," Timmer said. "But there are some species that will turn a little bit earlier in the valleys that also get colder at night because the colder, dense air will [get trapped in] the valleys."

Check past and current weather events

This year in the southern Appalachians, Fred dropped historic rainfall across the high country, triggering rampant flash flooding. A radar estimate of 10 to 12 inches of rain fell over the Pisgah National Forest, causing the North Fork of the French Broad River to swell. Timmer believes that the rainfall from this storm, which hit late in the summer, may have helped generate vibrant colors and may have possibly delayed them. 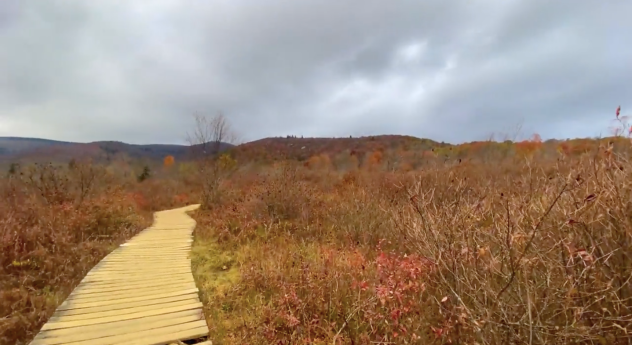 "I think that the rainfall was so favorable to the trees and that abundance of soil moisture, that definitely did help out," Timmer said. He added that he believes the drenching rainfall during the summer may have been why the leaf-peeping season had started a week or so later than usual.

However, Hurricane Zeta from the 2020 Atlantic hurricane season showed how a tropical system during the fall could quickly end an area's leaf-peeping season. Its strong winds tore through the Southeast during late October, stripping trees of their fall colors.

In areas like the Pacific Northwest, drought conditions during the summer and wildfires dulled the leaves. 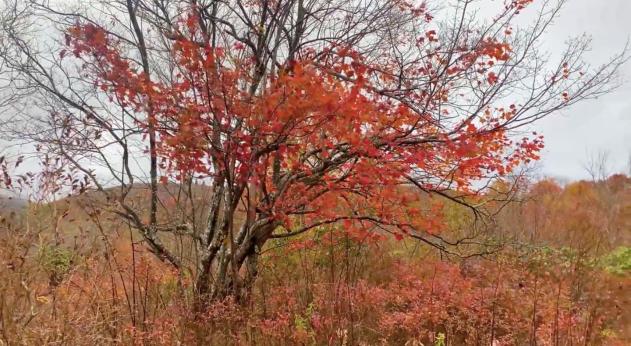 "That was actually detrimental to the fall colors out in the Pacific Northwest, but you still get patches of beautiful fall color," Timmer said. "But definitely those [meteorological] events leading out that cause stress to the trees can certainly impact the fall color season."

Weather on the scheduled day of leaf-peeping can make all the difference as well, but leaf-peeping doesn't always need clear skies.

On one hike through the Blue Ridge Parkway, Timmer encountered a cold front rolling in that created foggy conditions. But rather than dull the trip, it created a breathtaking scene.

"Then a beam of sun just came down, just like a ray of light from above and between the clouds and then lit up a little patch with peak color below," Timmer recounted. "It just brought tears to my eyes."