Guatemala's Pacaya volcano acted as an oven for David Garcia on May 11 as he cooked a pizza using the erupting volcano's fiery hot temperatures.

There's a certain technique to cooking pizza with a volcano -- one that David Garcia has had to master in order to not burn the food or himself.

The first steps are simple -- shape the dough, place it on a pan and dress it up with sauce, mozzarella cheese and toppings. Then, donning thick, protective gloves, Garcia places it on the bank of a river of lava that snakes under jagged volcanic rocks of Guatemala's Pacaya volcano. 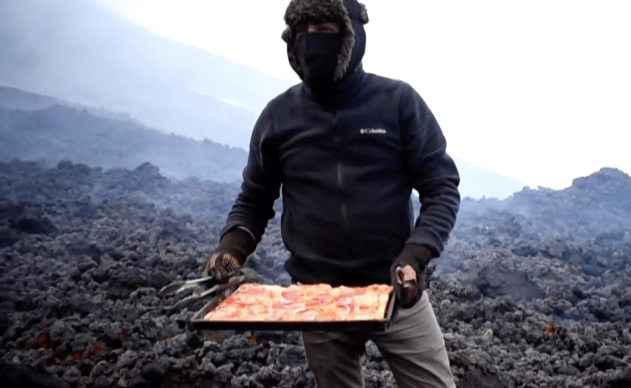 "It was difficult for me to learn the technique here so the pizza doesn't [get] burnt. And it is also a risk to be on the shore because it is at a high temperature of 1,500 to 2,000 degrees, so I have to watch the wind direction so it doesn't affect me," Garcia told AFP.

But after his first time biting into a magma-made pizza, he found the risk was worth the taste and perhaps an attraction for tourists. 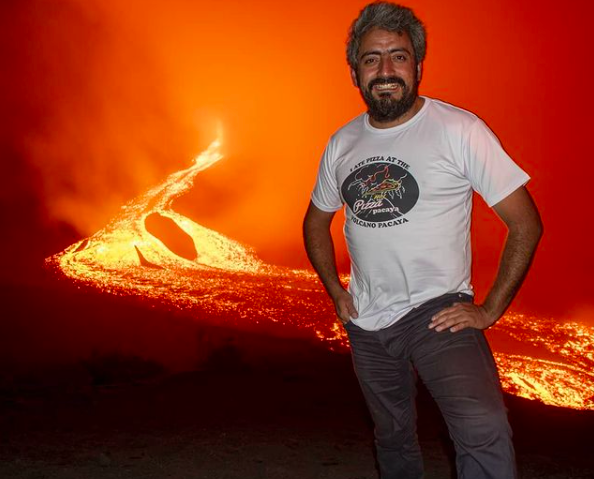 David Garcia stands in front of a lava flow at the Pacaya volcano. (Instagram/pizzapacayadedavid)

This method of cooking has also been used earlier this year by scientists studying the Geldingadalsgos volcano in Fagradalsfjall, Iceland, who used the heat to cook some hot dogs for lunch. Garcia's own inspiration for using the volcano as an oven came from tour guides in the area who would bring groups to the volcano and roast marshmallows.

"I took the idea and I wondered what else could be cooked with the lava," Garcia told AccuWeather's National Weather Broadcaster Marvin Gómez. "So one day I prepared a pizza, took it to the volcanic rocks and in 14 minutes it was ready. The high temps from the nearby lava gave it an exclusive taste and an amazing crunch. I told myself, 'This needs to continue.'" 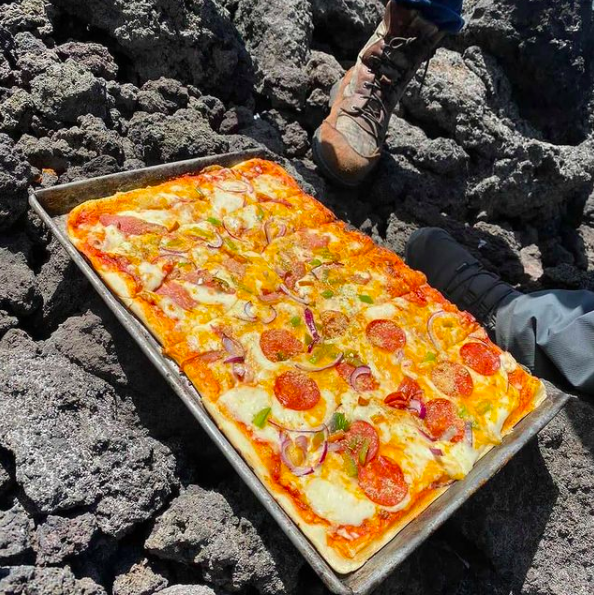 This was back in 2013, and by 2019 he had started Pizza Pacaya, a gig that involved cooking pizza over volcanic rocks and nearby lava for tourists.

"You don't see this anywhere else, and the fact that there's a pizza chef in the heart of the volcano is impressive and unique in the world," Felipe Aldana, a tourist in the area, told AFP.

Tourist Kelt Van Meurs told AFP that not only was the pizza tasty, but it had a "magmatic crunch." 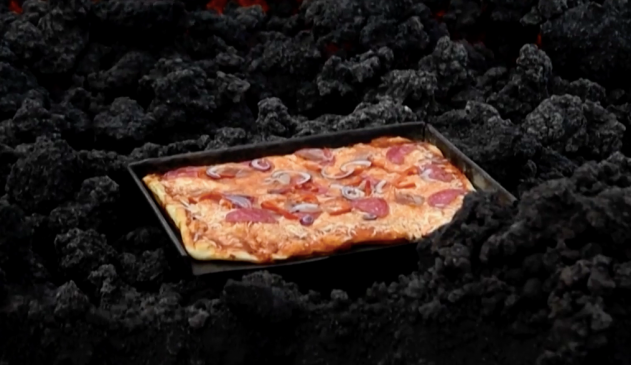 To cook the pizza, David Garcia places the pan over the hot volcanic rocks. (AFP)

With high temperatures, the pizza bakes relatively quickly -- Garcia's record time for cooking a pizza stands at 2 minutes and 40 seconds.

Pacaya volcano serves as both Garcia's oven and a tourist attraction despite its near continuous activity. As recently as March, the volcano had been spewing ash up to 1,640 feet from its crater. The ash had been reported falling over El Rodeo and El Patrocinio communities, and a lava flow had even cracked the west flank of the volcano, the National Institute of Seismology, Volcanology, Meteorology and Hydrology reported.

Garcia works in the areas he said are safer and away from the toxic gasses that the volcano produces. Garcia added that every day he comes to the volcano, he has to determine the best way to cook with the volcanic rocks for the day as sometimes the flow of rocks is passing by quickly, and very hot. 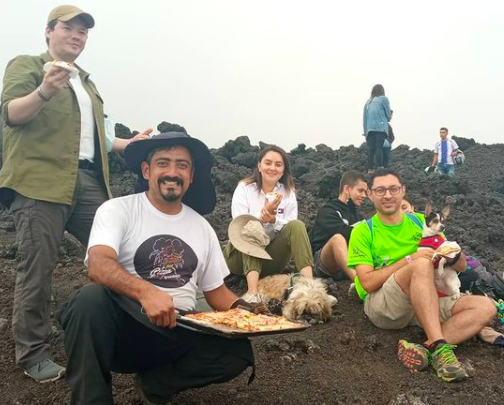 "Some call me crazy, but the passion for cooking is sometimes crazy," Garcia said. "But it's a feeling that is fulfilling, it satisfies, and I like to see tourists getting a new life experience."

By late April, the Pacaya National Park reopened to tourists, and Garcia got back to cooking.

For those not as adventurous as Garcia but want to make homemade pizza this summer, check out these more traditional pizza ovens.