Betty Reid Soskin is the oldest serving park ranger in America. Her crucial work highlights the forgotten African-American heroines of the WWII Homefront.

“I was born 1921, and I'm still here. Which means that I knew my great-grandmother."

Betty Charbonnet Reid Soskin's great-grandmother was born into slavery and became a free woman during the Emancipation Proclamation. She lived to be 102-years-old. Soskin has led an equally storied life. She has written a memoir, Sign My Name To Freedom, which chronicles her experiences as a file clerk during World War II in a Jim Crow segregated union hall. She's also a music composer, singer, activist and former legislative representative. Soskin can also add the incredible milestone of turning 100-years-old to her long list of accomplishments. 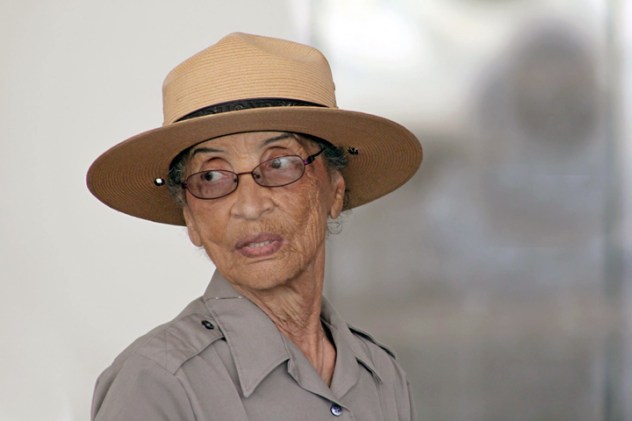 She was in her eighties, working as a staffer for California state Assemblywoman Dion Aroner when she began sitting in on planning meetings for the Rosie the Riveter National Park. The goal was an experimental urban park with locations scattered around Richmond, California, that pays tribute to the home front workers of World War II. As the only person of color in the room, Soskin knew that the dozen or more locations that would form the park were sites of racial segregation. She realized the story of the park was incomplete.

"There is the story, which is a legitimate story, of Rosie the Riveter, white woman, but there is also the story of many people who were beside them,” she told AccuWeather from her home in Richmond.

There was still segregation in California in the 1940s, and Black Americans were given only menial jobs, although later in the war, some "Black Rosies" were trained as welders. At 20, Soskin took a job as a clerk for the all-Black auxiliary of a segregated boilermakers union. As the discussions about the proposed Rosie the Riveter National Park continued, Soskin knew she had to speak up. 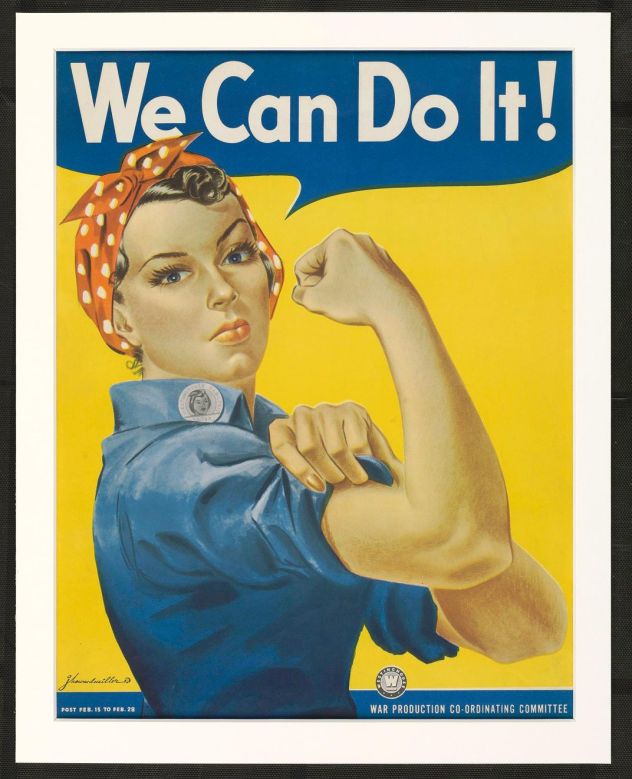 Iconic "Rosie the Riveter" image that came to represent the women who worked on the home front during WWII. (Photo credit: Smithsonian Institution)

"I became aware of how many stories there really were. There were the stories of Japanese women who were interned, there was the story of African Americans, Port Chicago. There were so many stories, so this was not going to be representing the stories as they were lived. So I kept reminding that these stories were out there, and they gradually began to take over the entire park,” Soskin told AccuWeather.

Because Soskin's job was as a file clerk during the war, she never saw the ships she was helping to build and never had any sense of what the greater picture was. It wasn't until she became involved in the creation of the park that Soskin began to realize that, although she never considered herself a "Rosie the Riveter," her work as a file clerk was equally important to the shipyard war effort. As she told Newsweek, the realization was astounding.

"So I was able to tell a missing story of the African-American experience of World War II in Richmond, and I actually began to really feel as if I was learning something along with everyone else. I had never understood that I had been involved in the building of the ships. Because at the time, I was 20 years old. I didn't realize what my role was until I began to go back and recount it for others," she said. "It was rather amazing." 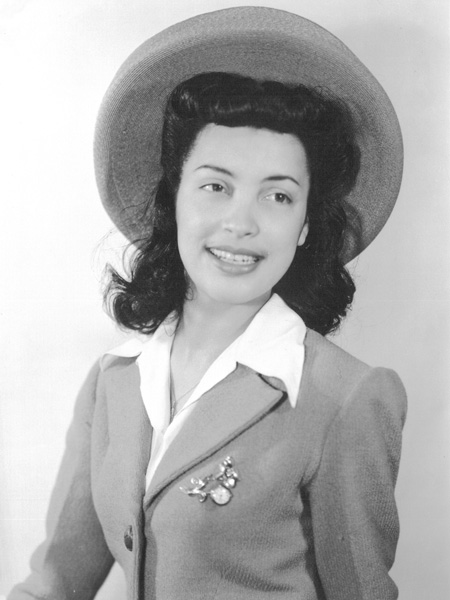 This photo shows Betty Reid Soskin at 20 years old in April 1942, a month before her wedding. That year she worked as a 20-year-old file clerk in a Jim Crow segregated union auxiliary — Boilermakers Auxiliary 36. (Photo credit: Betty Reid Soskin, NPS.)

Eventually, Soskin began publicly sharing the stories of women of color who worked on the home front during World War II when she became a park ranger in 2007 at the age of 85. Her tour, “Untold Stories and Lost Conversations,” routinely sold out months in advance.

“When I first was working, I had a bus that carried about 15 or 20 people, and we would go out and follow the line for the scattered sites that form the park and I would tell stories about those sites," she told AccuWeather. 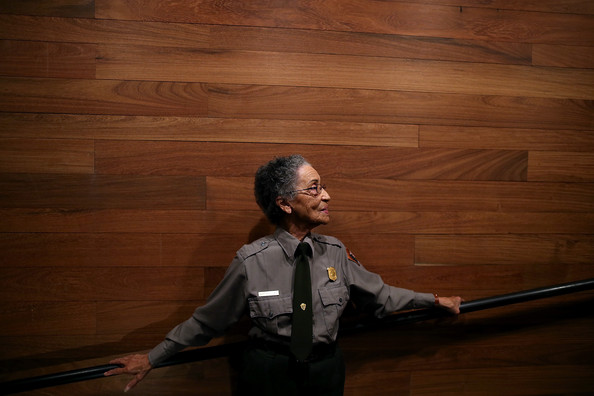 Soskin, an epic teller of stories, reveals an untold history that bridges the gap between what is typically found in history books and what really happened from someone who lived it.

"The people that I speak to who come in have no idea what's there until they meet me and all kinds of things begin to come out," she said.

A history of the Richmond, California shipyard during WWII

But it isn't just history that concerns Soskin. It's how history will inform the future and, especially, young women of color. She wears her park ranger uniform all the time, as she told the U.S. Department of the Interior. "Because when I'm on the streets or on an escalator or elevator, I am making every little girl of color aware of a career choice she may not have known she had. That's important. The pride is evident in their eyes, and the opportunities get announced very subtly to those who've lived outside the circle of full acceptance." 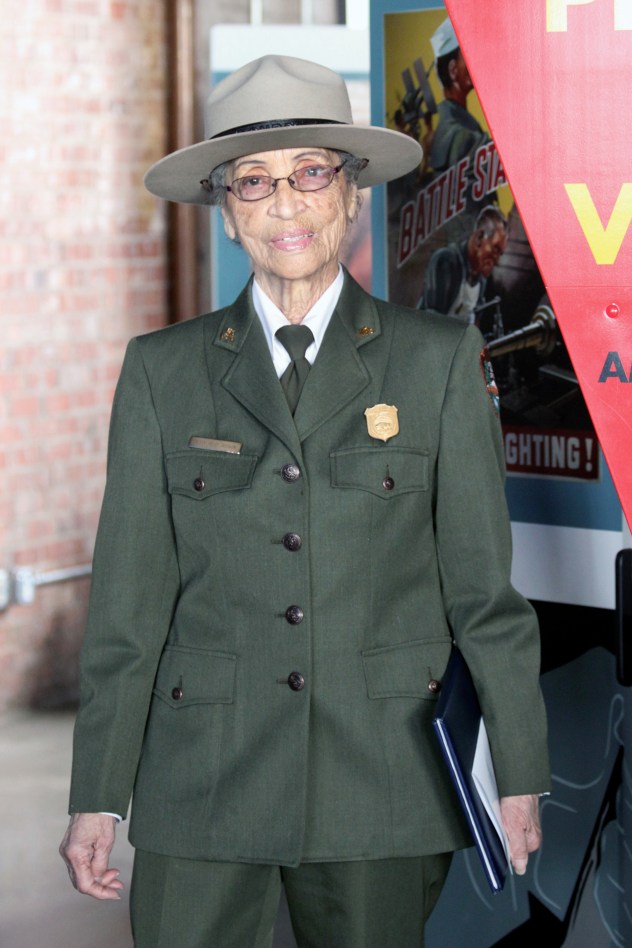 In an Instagram post commemorating her 100th birthday last September, the National Park Service announced it would give out limited edition ink and virtual stamps honoring Soskin. An honor, to be sure, but for Soskin it was the renaming of a Bay Area middle school to the Betty Reid Soskin Middle School that thrilled her the most.

"Having a school named for me is more than I ever thought of because it means that a number of children will go into the world knowing who I was and what I was doing here," Soskin said in an interview with KGO-TV. "Maybe it will make a difference."

As she sits in her home, a great-grandmother herself now, with her daughter by her side, Soskin was asked if she ever wonders what her great-grandmother, who was freed by the Emancipation Proclamation, would think of her life. 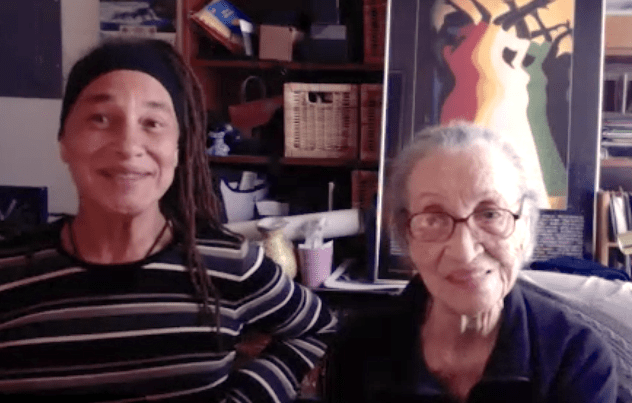 An incredible, full-circle moment for a family consisting of women who have experienced ugly yet crucial American history that is too often swept under the rug. As Soskin has pointed out numerous times over the years, "What gets remembered is a function of who's in the room doing the remembering."

Thank goodness Soskin was in the room.