Many residents in the region were caught by surprise as late January is not the typical time of year for wildfires to spark.

The Colorado Fire spread across 1,050 acres in Big Sur, California, by the morning of Sunday, January 22.

An evacuation order remains in place for portions of the mountainous Big Sur region of Monterey County, California, after a brush fire, dubbed the Colorado Fire, broke out late Friday, prompting hundreds of residents to evacuate and scorching at least 700 acres.

Originally, it was estimated to have burned 1,500 acres, but the California Department of Forestry and Fire Protection (CAL FIRE) updated the acreage due to better mapping. As of Monday evening, the fire was 40% contained. 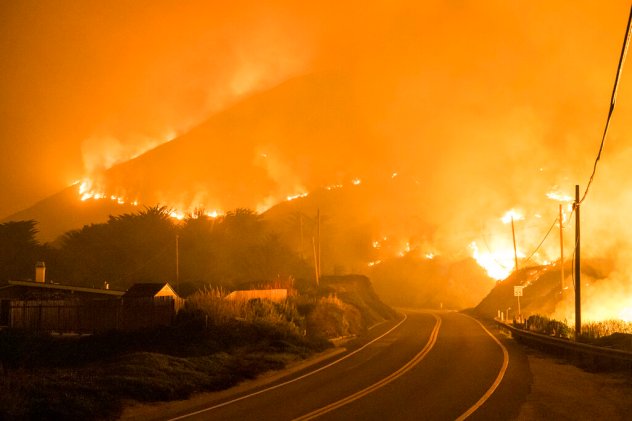 While late January is not the typical time of year for wildfires to spark, the winds involved have nonetheless created challenges for crews holding the perimeter, according to CalFire.

The fire began late in the evening on Friday, first reported at about 7:15 to 7:30 p.m. local time. Mandatory evacuations were issued on Palo Colorado Road, and evacuation advisories were in effect along Highway 1 at 10 p.m. Less than an hour later, Highway 1 was closed in both directions near the entrance to Andrew Molera State Park in Big Sur to Rio Road in Carmel. Gusty winds were blowing 25-30 mph across the area at the start of the fire.

The fire was in an area difficult for crews to access and was burning west toward Highway 1, Cal Fire told KCRA 3, and the 13 agencies that were tirelessly fighting the fire.

The fire continued to burn and spread late Friday night as humidity levels stayed in the teens, but The National Weather Service of the Bay Area noted that the heat signature on satellite was decreasing between 11 and 11:30 p.m. as offshore winds began to ease. It was then reported that winds had calmed to 20-25 mph, but even the slightest wind gusts can loft embers into the air and continue to spread the fire and fan the flames.

@PGE4Me webcam at CTRY CLUB HTS in Carmel Valley pointed toward the fire ongoing along the Big Sur Coast near Rocky Creek and Palo Colorado Canyon. Please avoid Highway 1 south of Carmel. Humidity is in the teens with gusts around 35 mph! #CAwx #CAfire pic.twitter.com/EM8dEy2HKg

The American Red Cross opened a shelter in Carmel Middle School late Friday evening for residents who received mandatory evacuation orders as the fire spread dangerously close to the community.

Several residents of neighboring towns reported seeing the fire from their houses in coastal Southern California.

By midnight on Saturday, the fire was 0% contained as officials went door to door to ensure evacuation orders were followed. The fire was heading to the southwest toward Rocky Creek and Bixby, California, which were also being evacuated.

The flames continued to engulf areas near portions of the Pacific Coast Highway that still remain closed.

By Sunday evening, more than 30,000 customers in California were without power, according to PowerOutage.us, though the majority of the customers had their power restored by Monday morning. The Monterey County Health Department issued a boil water notice for those in the Colorado Fire area due to potential damage to the water system infrastructure and loss of pressure from power outages until further notice.

This wildfire was occurring while Santa Ana winds impacted Southern California, which are high-speed and dangerous winds that periodically kick up and blow from the mountains to the coast in Southern California and cause wildfires to spread rapidly.

High wind warnings and wind advisories were in effect from the Sierra Nevada into Southern California on Saturday, with winds easing on Sunday across the region.

Wind gusts of over 80 miles per hour were reported below the Santa Ana Mountains and San Bernardino County mountains. Toro Peak saw the highest peak wind gust of 83 mph. 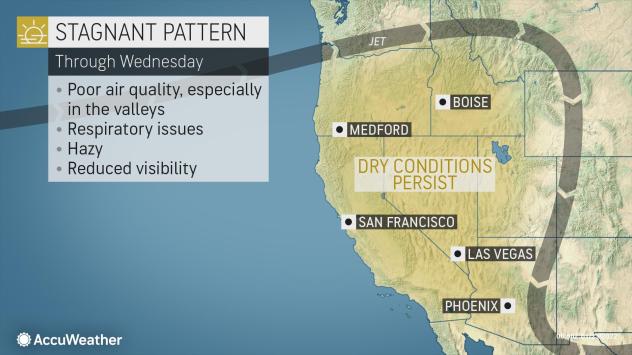 Unfortunately for the residents of Big Sur, no precipitation is in the forecast early this week as a dry, stagnant pattern takes hold of the western United States. With high pressure taking hold, winds are forecast to be calm through the coming days, which will help firefighters in containing the Colorado Fire.

Bible found opened to Psalm 106 and 107 one of few objects to survive deadliest fire in US history
When the skies went dark: Historians pinpoint the very 'worst year' ever to be alive
Man stumbled upon incredible discovery in this opening of a cliff