The country's highest volcano emitted ash, lava and gases in a densely-populated area, forcing residents into temporary shelter and officials into rescue missions.

Over 2,000 residents in Indonesia were displaced Sunday due to the eruption of Mount Semeru in the East Java Province, affecting nearby villages and sending citizens into temporary shelters.

According to regional disaster management officials, at least 2,219 people were forced to flee as of Sunday after the eruption of the volcano, which is located about 400 miles (640 km) southeast of the Indonesian capital of Jakarta. There have been no reports of casualties thus far with national officials teaming up with volunteers and other agencies to make rescue, search and evacuation efforts. A total of 11 evacuation points were created in the province, part of Java Island, which is the world's most populous island with a total population of over 148 million.

A spokesperson for Indonesia's National Disaster Management Agency stated that Mount Semeru, the country's highest volcano, erupted due to monsoon rains eroding and eventually collapsing the lava dome. Several villages had the sun blocked out Sunday due to falling ash covering the sky, with the ash columns reaching nearly 5,000 feet (1,524 m) into the sky. Lava and gas flowed down the slopes of the 12,060-foot (3,675 m) volcano toward a nearby river. 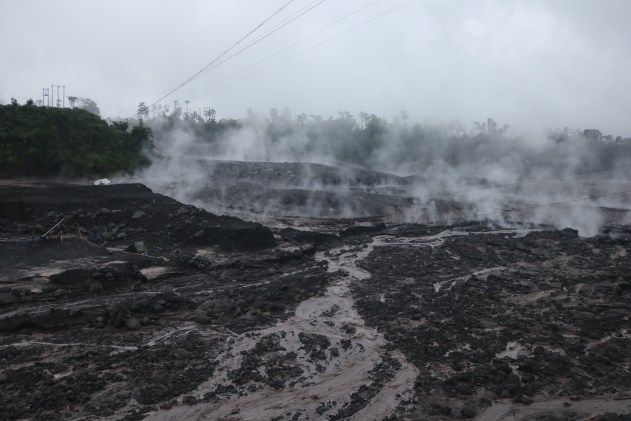 The volcano has a history of eruption, including a December 2021 major eruption that left 51 dead and hundreds of others with major burns. Last year's eruption forced over 10,000 people to evacuate in Java.

In response to the eruption, the country's Center for Volcanology and Geological Hazard Mitigation raised the alert status of the volcano, stating that observed hot clouds, typically containing a mix of gas, ash and rock debris, fell over 7 miles (11.3 km) from the summit and were still ongoing Sunday. The agency also told residents not to be within 5 miles (8 km) of the crater due to the danger of hot stones and to keep away from the southeastern sector along the Besuk Kobokan River that is in the path of the lava flow.

For the hardest-hit villages of Sumberwuluh and Supiturang, where houses and mosques were buried by volcanic debris, hundreds of rescuers were deployed on Monday, according to The Associated Press.

To reduce the impact of respiratory health risks associated with the volcanic ash, a total of 10,000 cloth masks, 10,000 medical masks and 4,000 children's masks have been distributed thus far. On top of temporary shelters, officials are "in the process" of establishing a public kitchen for those displaced in local villages. 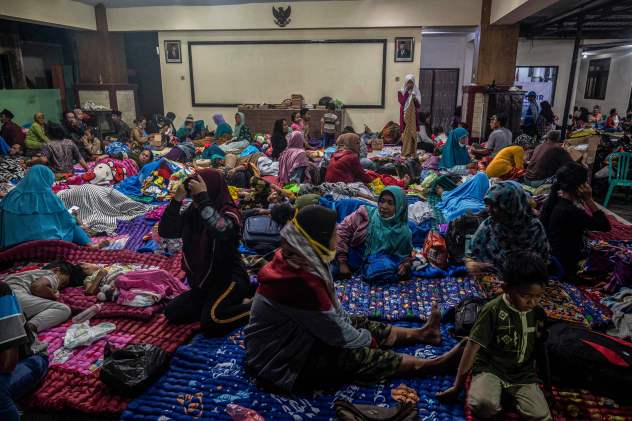 AccuWeather meteorologist Alyssa Smithmyer noted that surface wind conditions across the East Java Province are expected to be "light and variable" over the upcoming days, which can limit the dispersal pattern of the volcanic ash and gases. Smithmyer said that the risk for showers and thunderstorms will arise daily in the area.

"Rounds of storms are typical for this time of year," Smithmyer said. "By mid- to late week, portions of eastern Indonesia are forecast to have lighter showers than on Monday and Tuesday, and can even observe occasional stretches of dry weather."