The storm will take advantage of a strong temperature contrast with surging warmth over the Plains and plunging cold air farther west. At the same time, a strong jet stream will shift eastward as tropical moisture flows northward over the central United States. Heavy rain produced by the storm system over the Mississippi Valley early this weekend can be both beneficial and problematic. 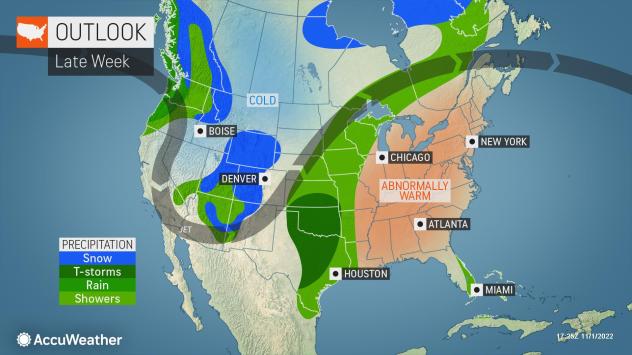 Not only will the storms raise concerns for travelers in the region, but they could also trigger power outages, cause property damage and pose some risk to lives in extreme cases.

The population in the risk area into Friday evening is over 37 million people, when including the cities of Dallas, Austin, Houston and others. The greatest concern for where volatile storms could occur is along and east of the Interstate 35 corridor from San Antonio to Austin and Dallas during the afternoon and early evening hours, according to AccuWeather Director of Forecasting Operations Dan DePodwin.

"Damaging winds are the main threat although hail and a few tornadoes can occur," DePodwin stated. "There is a risk that the worst weather in this corridor can occur during the evening rush hour, posing an elevated risk to those traveling."

Of the few tornadoes that occur, they can be strong. The risk of severe weather is expected to continue beyond the daylight hours on Friday. 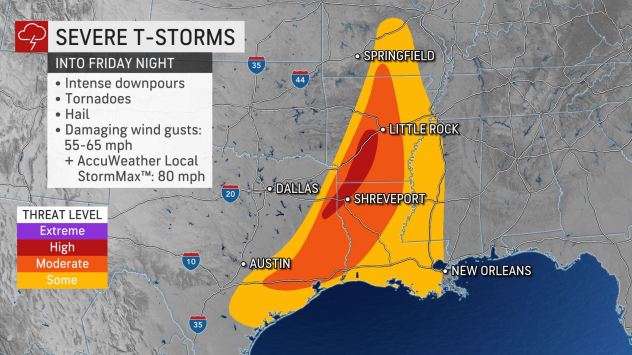 "A line of thunderstorms, some severe, should race eastward across Missouri, Arkansas, eastern Texas and Louisiana during Friday night," DePodwin said. "Damaging winds could impact these locations overnight, reaching the Mississippi River by daybreak Saturday."

Even as changing conditions in the atmosphere may take some of the edge off severe weather during the daytime and evening hours on Saturday, the storm system overall will still pack a punch.

Showers can bring frequent wind gusts of 40-60 mph as far north as Chicago and Milwaukee early Saturday morning, according to DePodwin. Forecasters noted that people want to secure loose objects such as trash cans and lawn furniture around the neighborhood, as well as tents and grills if tailgating for upcoming football games as the AccuWeather Local StormMax™ wind gust for the storm is estimated at 65 mph. 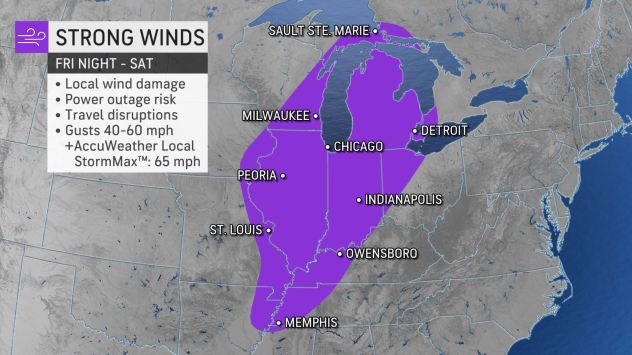 The same storm system will not only tap into Gulf of Mexico moisture, but it may also draw moisture from 1,000 miles farther to the south from Hurricane Lisa. Even though Lisa will have diminished in intensity by this weekend, its moisture is likely to get strung out well to the north of Central America and southern Mexico by this weekend.

Pockets of flooding can occur across parts of the lower Plains, the Mississippi Valley and the Great Lakes region. The flash flooding threat will overlap some areas that will be hit by high wind gusts from thunderstorms. 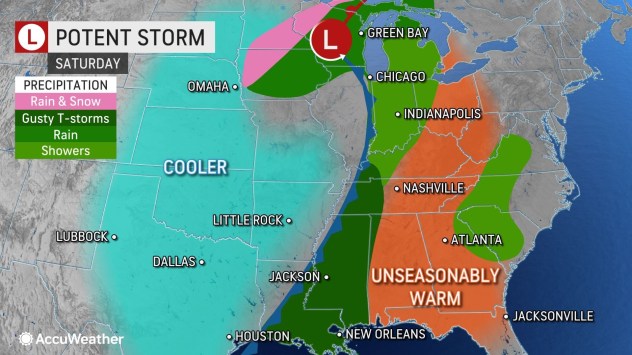 "A general 1-2 inches of rain is likely to occur across Missouri, eastern Iowa and southern Wisconsin, but some local reports of 3 or 4 inches are possible in this area and could cause isolated flooding," DePodwin said.

Where thunderstorms associated with a cold front overlap with soaking rain from the main part of the storm system over parts of the Midwest, an AccuWeather Local StormMax™ of 7 inches can be achieved.

The fast motion of the storm will limit the duration of the rain. Otherwise, much heavier rainfall could occur. 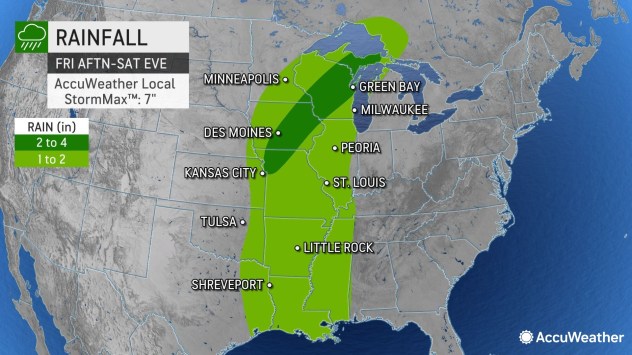 Aside from the flooding threat and ponding on highways that could slow motorists down, much of the rainfall will be beneficial, experts say.

Much of the Plains and Mississippi Valley are experiencing soil conditions that range from abnormally dry to long-term exceptional drought, according to the latest United States Drought Monitor report. The lack of rainfall has caused the main stem of the Mississippi River and many of its major tributaries such as the Ohio, Missouri and Arkansas rivers to dip to historically low levels in recent weeks. 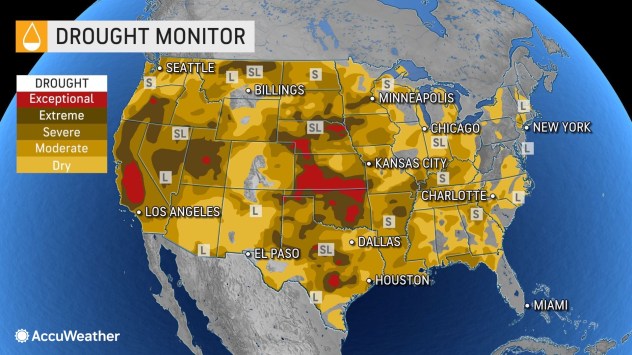 If a drenching rain falls on a substantial portion of the Mississippi watershed as predicted, then some positive response in water levels will occur, even if it may not be immediately noticeable.

A water level rise of up to a few feet over the next several weeks has the potential to be enough to allow some brief increase in barge traffic on the waterway. However, the overall long-term weather pattern through the end of the year does not favor many drenching rain events. Water levels could fall again after a temporary rise, AccuWeather forecasters say.

Prior rain events in the past month have had little impact on the Mississippi River's water levels, but there has been some slight increase in water levels of generally 1 foot or less. Most of the rain from recent past storms has been absorbed by the dry ground. Rainfall with this upcoming storm could be sudden enough to lead to more substantial runoff. 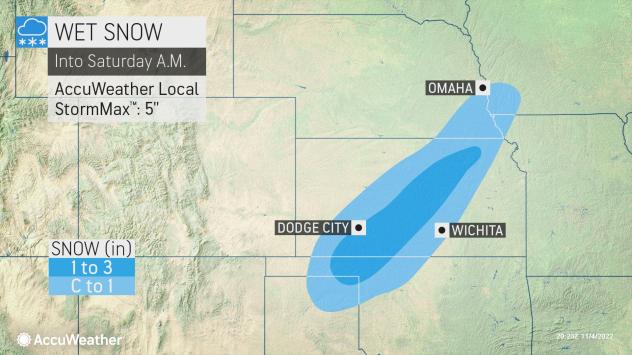 On the tail end of the storm's colder side, a brief period of snow is likely from central Kansas to southeastern Nebraska and western Iowa into Friday night and in parts of eastern Minnesota and northwestern Wisconsin on Saturday. Where it manages to snow hard for a few hours, a slushy accumulation to a couple of inches can occur, mainly on grassy surfaces, especially in parts of the central Plains.

The same storm brought several inches of snow to the Denver metro area on Thursday, then icy roads developed at night that contributed to accidents.