Dozens of tornadoes left damage paths throughout the southern U.S. Some were deadly in Mississippi, Georgia and Arkansas where more than a dozen people died.

Hundreds of structures were flattened and over 30 were killed by a series of tornadoes that swept through the South on Saturday and Sunday, making for a holiday weekend of violent weather.

Reports emerged of people trapped in their homes in Monroe after a large tornado hit the area shortly before noon on Easter Sunday. Power outage totals climbed into the tens of thousands as downed lines and damaged commercial buildings continued to mount across the region.

At Monroe Regional Airport, all flights were cancelled after a suspected tornado caused significant damage. Planes appeared to be tossed around as the severe storm blew through around midday Sunday.

According to Airport Manager Ron Phillips, at least $25 million of damage was dealt to aircrafts impacted in the hangar, according to The New Star.

"Please cooperate with any emergency officials who may give instructions to you or your neighbors. More details to come," the city said on Twitter. "Please pray for all!"

A Tornado Emergency, which is the highest level tornado alert, was issued by the NWS Shreveport, Louisiana, for Monroe in north-central Louisiana before the tornado struck. The large tornado tracked across the town which has a population of around 50,000 people.

At least 30 people have died across several states in the wake of the severe weather outbreak, according to The Associated Press.

According to CNN, at least six people in Georgia were killed from the outbreak and at least one other was killed in Jefferson County, Arkansas, when a tree fell on a home.

North Carolina Gov. Roy Cooper urged North Carolinians to prepare for power outages and severe weather overnight in a press release he sent on Sunday afternoon. By early Monday morning, over 1 million individuals awoke in the dark due to severe weather-related causes, according to PowerOutage.us.

Eight people were killed in South Carolina from the storms, including five from Hampton County. Every corner of the state saw damage, as buildings were leveled and trees were downed from Charleston, by the coast, to Greenville, in the upper corner of the state.

On Monday afternoon, the NWS office in Columbia reported that a storm survey from Livingston, in Orangeburg County, found a long track tornado to have dealt EF3 damaging winds, estimated around 140 mph, This tornado tracked across three counties.

In Tennessee, at least 14 people were hospitalized, according to the AP, in the Chattanooga area. On Monday afternoon, the NWS office in Morristown reported that a storm survey from East Chattanooga found the tornado to have dealt EF3 damaging winds, estimated around 145 mph.

"Our crews are working to get to these scenes, dealing with downed trees & power lines," said Lindsey Rogers of the Chattanooga Fire Department, according to the Chattanooga Times Free Press. "We have firefighters on foot and using ATVs going door to door in different subdivisions... Several people have been transported with injuries. We are working to get to more than 300 addresses and we are seeing heavy damage."

In Mississippi, the Lawrence County Sheriff's Office shared on Monday that Deputy Robert Ainsworth and his wife Paula were among the Sunday fatalities. In a Facebook post, the office said Ainsworth died a hero. 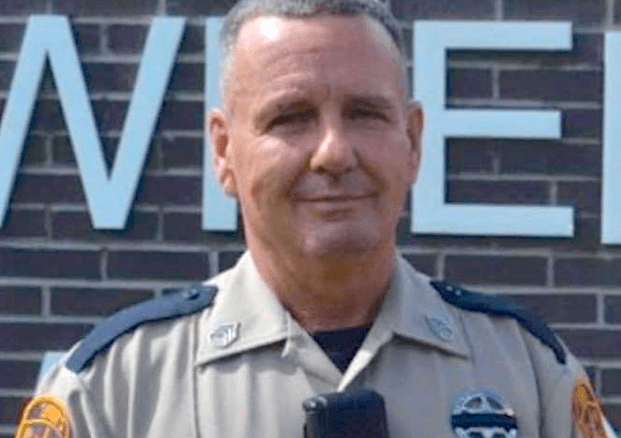 Monday night, the NWS office in Jackson reported preliminary ratings for several tornadoes that tore through Mississippi, the strongest of which was an EF4 with estimated winds of 170 mph.

The long-track tornado that went roughly southwest of Bassfield has a prelim rating of EF4 with peak winds of 170mph.

Again these are PRELIMINARY ratings and could change. So stay tuned!

In total, there were more than 1,000 severe weather reports across the U.S. on Sunday and Monday combined. 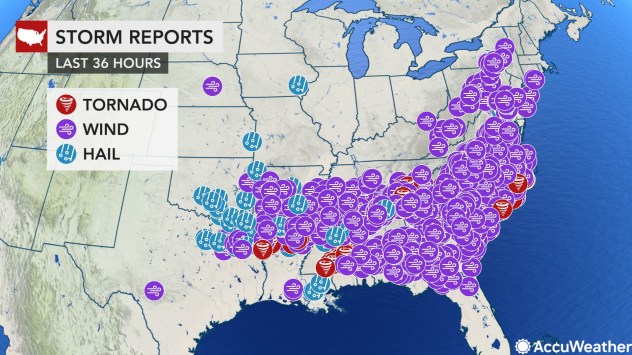 To view the real-time damage reports from the severe weather outbreak, click here.