More than a month following the devastating flooding in eastern Kentucky, the governor said there was an additional fatality, adding to the staggering death toll.

More than six weeks after catastrophic flooding swept through eastern Kentucky in July, an additional fatality was added to the death toll, the state's governor said Tuesday.

The death toll rose to 40 after an individual died during cleanup efforts in Pike County, Kentucky Gov. Andy Beshear said in a statement.

"We mourn with their loved ones and all of eastern Kentucky," Beshear said, invoking the others killed in the tragedy.

Late in July, heavy rain fell over eastern Kentucky, triggering deadly flash flooding that caused mudslides and triggered a flash flood emergency while washing away homes and roads. In the hardest-hit areas, the overnight deluge delivered more than 10 inches of rainfall over a 24-hour period.

Beshear had described the flooding as "one of the worst and most devastating events in Kentucky's history" during a press conference at the time.

We are sharing some good news, and unfortunately some tough news, regarding our efforts in Eastern Kentucky. I am sad to announce the death toll from July's flooding has now risen to 40 lost. Let us mourn these losses together and commit to being there for those in need. 1/3 pic.twitter.com/uWWayrDUFB

While providing the tragic update, Beshear added a bit of good news, sharing that money was starting to flow from the eastern Kentucky State Aid Funding for Emergencies (EKSAFE) fund to two of the counties that had been impacted by the flooding.

"I'm proud to announce that Knott and Letcher counties are the first to receive financial assistance from the Kentucky State Aid Funding for Emergencies funds," Beshear said. "A total of $1.2 million is going toward these communities for flood relief, and the same communities will be able to apply for additional funding as we move forward." 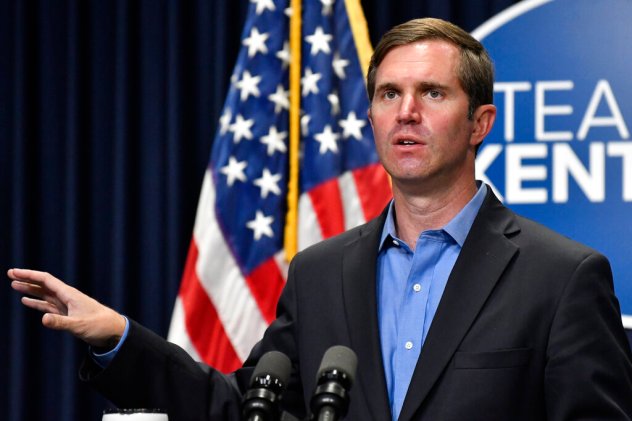 More than 5 inches of rainfall had been reported in Breathitt, Perry, Owsley, Knott, Clay and Letcher counties, according to the Kentucky Mesonet.

Beshear added that the two counties were the first to apply to the state's fund for aid. The nearly $213-million flood-relief plan was passed in August and focused on funding school districts, infrastructure repairs and intermediate housing. Critics have pointed out that the bill doesn't provide for long-term housing needs or rebuilding homes. 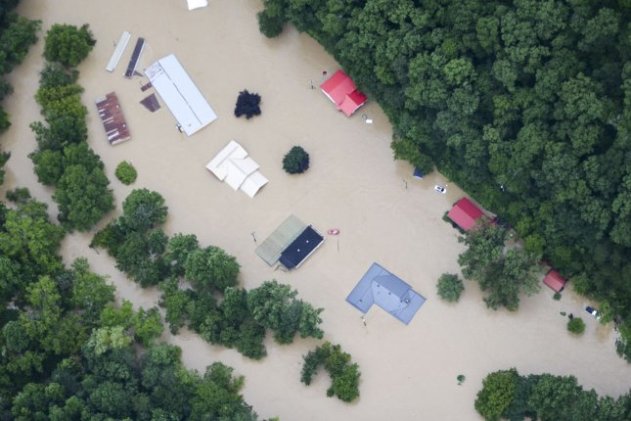 Flooded homes are seen in the eastern part of Kentucky near the town of Hazard on July 29. President Biden visited the state on Monday to tour damage and meet with families affected by the flooding. Photo by Kentucky National Guard via EPA-EFE

In a daily briefing from Beshear on Aug. 2, the governor announced about 430 people were staying at 11 emergency shelters across Kentucky. Almost 200 people were being sheltered at Kentucky State Parks.

More than 300 people were living in government-provided and personal trailers across Kentucky's state parks as of Sept. 13, NPR reported, while others remained on a waiting list.