A state of emergency was declared in two counties after 100 homes were heavily damaged, with one county deluged with more rain than normally seen through all of August.

In just a matter of hours, the capital of West Virginia received more rain than the city's average for the whole month of August.

The governor of West Virginia declared a state of emergency in two counties Monday after record-setting rainfall caused significant flash flooding overnight, damaging over 100 homes in Kanawha County, washing out bridges and prompting a number of water rescues.

Floodwaters rushed into the county Sunday evening into Monday morning, with some areas of Kanawha receiving up to 6 inches of rain in a short period of time. As of 9 a.m. EDT Monday, more than 500 emergency calls had come into the local 911 line, with 130 calls dispatched for service, including 25 for water rescues, according to county officials.

"In just a few hours we surpassed our total rainfall in the last month," Kent Carper, president of the county commission, said.

Charleston's Yeager Airport measured 4.44 inches of rain from 5:30 p.m. EDT Sunday to 5 a.m. EDT Monday, with 3.97 inches falling in just four hours, eclipsing the average monthly rainfall for August of only 3.75 inches. Also, Monday's rainfall of 3.54 inches broke the longtime previous record of 1.66 inches for Aug. 15, set in 1950, according to the National Weather Service. 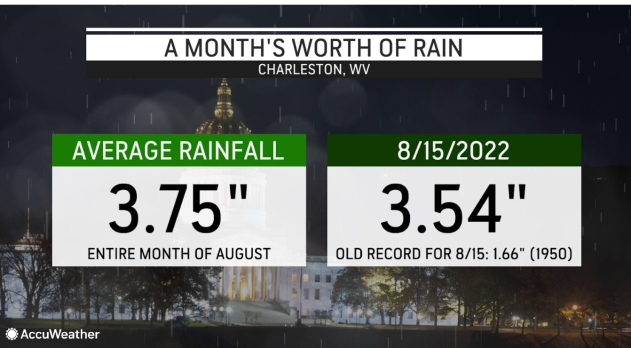 Officials said the flooding of Campbells Creek in Kanawha heavily damaged 100 or more houses and at least two bridges were washed away in the Hughes Creek area of the county.

"We have received reports of serious flood damage in several areas of the county... first responders and emergency management employees are on scene now assessing the damage," Kanawha County Commissioner Ben Salango said Monday. "We will do everything we can to help those that have received damage from this record-setting rain event." 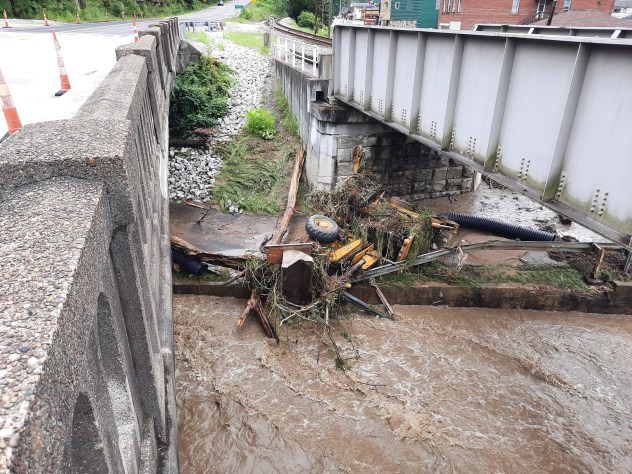 In response, West Virginia Gov. Jim Justice declared a state of emergency for Kanawha and nearby Fayette County, which also received mass amounts of rain into Monday morning. The governor's office Monday noted that more than 20 people had to be rescued from their homes.

"We've had one area hit after another, with all the rains we've had," Deputy State Highway Engineer Joe Pack said. "Some areas have been hit which don't typically see high water. For our crews, it has been continuous."

In Smithers, along the Kanawha River, residents and businesses were completely without power during the morning hours, and Kanawha still had over 1,000 outages as of Monday night, according to PowerOutageUS.

Both communities are expected to be among the toughest places to clean up after the flooding, partially due to the enormous amounts of mud and debris covering yards and roads and inside homes, Pack said, adding that, overall, the cleanup period in Kanawha and Fayette counties will be a "tough six-week period." 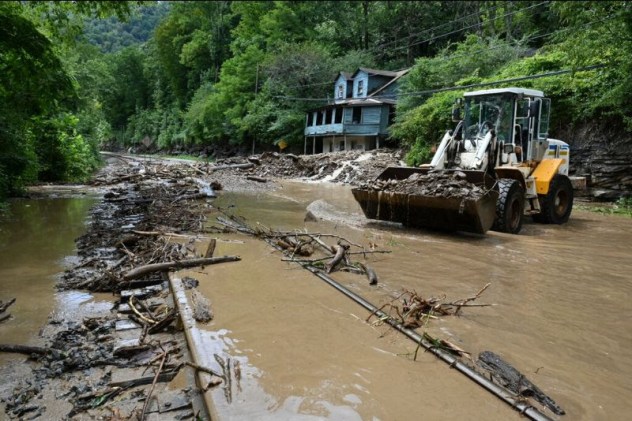