It’s taller than Niagara Falls, but to see the remote waterfall reminiscent of “Willy Wonka and the Chocolate Factory,” travelers need a lot of rain and a bit of luck.

Sightseers in Arizona witnessed a natural phenomenon that resembled a scene out of the movie Willy Wonka and the Chocolate Factory, but they didn’t need a golden ticket to see the breathtaking sight, just some rain and a bit of luck.

During most of the year, Grand Falls is a dry cliffside located about 30 miles northeast of Flagstaff, Arizona, in the Navajo Nation. But when the weather conditions come together perfectly, the towering cliffs are brought to life by the thundering roar of water to create a waterfall higher than the 170-foot-tall Niagara Falls.

The chocolate milk-colored water that cascades down the 181-foot cliff is the inspiration behind its nickname of Chocolate Falls, according to the Navajo Tourism Department. 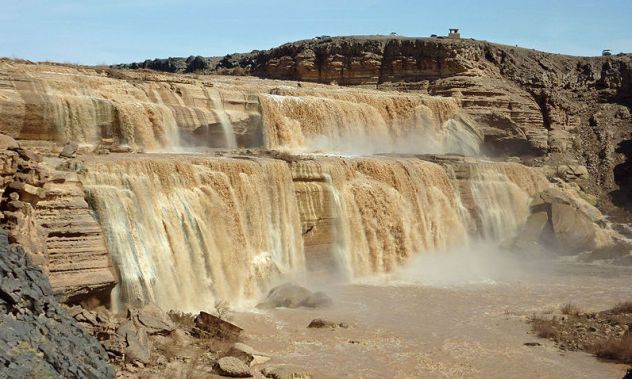 The waterfall is fed by two weather-related occurrences: melting snow flowing off the nearby mountains during the spring and early summer and the rain for thunderstorms during the North American monsoon.

The monsoon has been very active across Arizona as of late, causing the trickling waterfall to be brought to life in a grand fashion.

There is no fee for visiting the Chocolate Falls, according to the Navajo Tourism Department, but visitors should watch the weather forecast carefully if they want to witness the wondrous waterfall firsthand.

One of the best indicators that the waterfall is flowing is a river gauge upstream operated by the USGS.

"If the reading is in the thousands, plan to visit the Grand Falls within 24-48 hours," the Navajo Tourism Department explained on its website. The department added that some water should be flowing over the falls anytime the gauge reports a flow over 200 cubic feet per second. 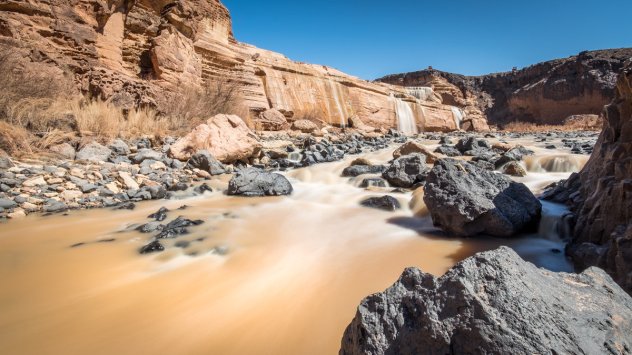 Additionally, travelers should use caution during the monsoon season as thunderstorms can quickly pop up and make the rocky trails around the sightseeing destination slippery. "Be wary of your footing in the area, especially near the falls, the ground might look stable, but could give way," the Navajo Tourism Department warned. The thunderstorms also bring the threat of deadly lightning strikes, strong winds and flash flooding.

As the monsoon season winds down in early autumn, the seasonal waterfall will taper off and fall silent, becoming dormant until the next deluge sends torrents of water cascading over the cliffside.