AccuWeather Global Weather Center, April 29, 2022 — AccuWeather, the proven most accurate source of weather forecasts and warnings, today announced it has clinched the 2022 People’s Voice Webby Award for the AccuWeather MinuteCast® feature of its award winning AccuWeather app in the category of “Apps and Software – General Apps; Services & Utilities.” 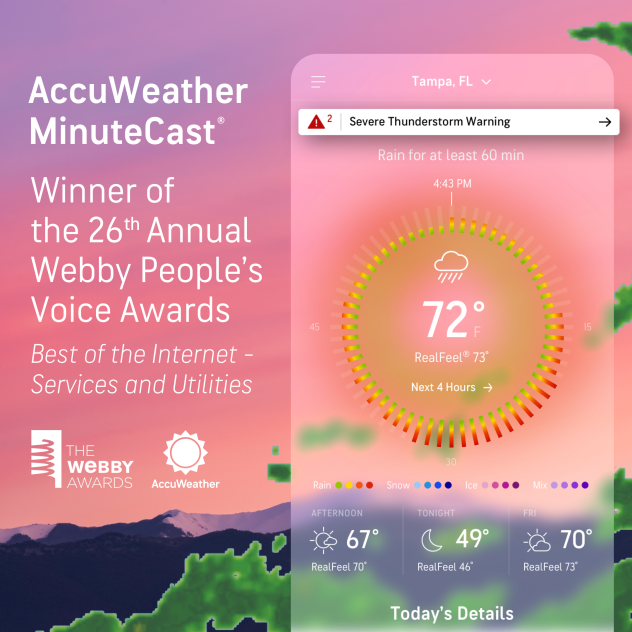 MinuteCast® is one of the AccuWeather app’s most used features, providing a precipitation forecast up to four hours ahead.  It is available on the today screen of the free AccuWeather app, available on iOS and Android, and allows users to stay informed about hyper-local weather.

The Webby Award confirms the demand and popularity of the useful MinuteCast® feature. With more than 14,000 entries from over 70 countries and nearly 2 million votes cast by nearly 500,000 users in the Webby People’s Voice, the 26th Annual Webby Awards is the biggest in Webby Awards history.

“We are thrilled that MinuteCast® has been recognized for this honor in this year’s Webby Awards, and we are particularly pleased to have won the People’s Voice vote, which speaks directly to why our users want actionable, hyper-localized precipitation forecasts to make the best weather-impacted decisions,” said President of Digital Media Kurt Fulepp. “MinuteCast is another example of AccuWeather’s mission to provide people, communities and businesses with easy-to-use, life-saving technology wherever they are.”

MinuteCast® forecasts include detailed information about precipitation type and intensity as well as start and end times, pinpointed to a specific street address or GPS location in 210 countries.  Recently, the AccuWeather app expanded its coverage of the MinuteCast feature for real-time forecasts, along with the app’s advanced radar capabilities, to all of Central and South America, Mexico and the Caribbean, making AccuWeather the only weather source to provide the most complete Up-to-the-Minute® service for weather tracking tools in this hemisphere to complement its highly accurate forecasts. Other recent expansions included extended coverage in major cities in Europe and around the world.

“Honorees like AccuWeather are setting the standard for innovation and creativity on the Internet,” said Claire Graves, President of The Webby Awards. “It is an incredible achievement to be selected among the best from more than 14,300 entries we received this year.”

The MinuteCast® feature for real-time forecasts is just one example of the innovations AccuWeather has developed to help people cope with the impacts of weather. MinuteCast is complemented by other proprietary innovations, such as AccuWeather’s Hurricane Tracker tool, AccuWeather’s WinterCast® feature, and AccuWeather Alerts™, new advanced severe weather notifications that are revolutionizing the distribution and communication of dangerous weather, soon available in AccuWeather Premium+ upgrade in the AccuWeather app.  These and many other tools help users stay prepared ahead of any weather situation with an app that offers world-class design, functionality and pinpoint precision.

AccuWeather®, recognized and documented as the most accurate source of weather forecasts and warnings in the world, has saved tens of thousands of lives, prevented hundreds of thousands of injuries and tens of billions of dollars in property damage. With global headquarters in State College, PA and other offices around the world, AccuWeather serves more than 1.5 billion people daily to help them plan their lives and get more out of their day through digital media properties, such as the AccuWeather.com® website and AccuWeather mobile application, as well as radio, television, newspapers, and the 24/7 AccuWeather Network channel and AccuWeather NOWTM streaming service. AccuWeather For Business serves more than half of Fortune 500 companies and thousands of businesses globally.

AccuWeather produces and distributes news, weather content, and video for more than 180,000 third-party websites. Among AccuWeather’s many innovative and award-winning features available free to the public are MinuteCast® forecasts with Minute by Minute® updates and Superior Accuracy™, the patented AccuWeather RealFeel® temperature and current conditions, and AccuWeather RealImpact™ scale for Hurricanes.  Dr. Joel N. Myers, Founder and Chief Executive Officer, established AccuWeather in 1962 and is considered the “father of modern commercial meteorology.” Dr. Myers, a leading creative thinker and visionary, has been named “the most accurate man in weather” by The New York Times and one of the top entrepreneurs in American history by Entrepreneur’s Encyclopedia of Entrepreneurs.

Visit accuweather.com for the most accurate hyperlocal forecasts, weather news and information. 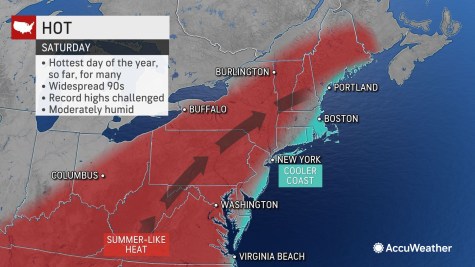 The intense heat could approach 100 degrees Fahrenheit in some areas, and it will also threaten to break daily record highs that are more than a century old. 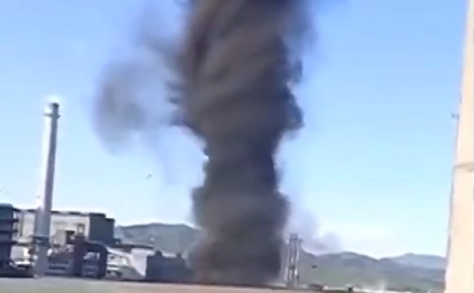 Dust devils have been spinning up around the world, including one that crashed a baseball practice in Alabama along with another that twirled thousands of miles away in China and took on a noticeably stark color. 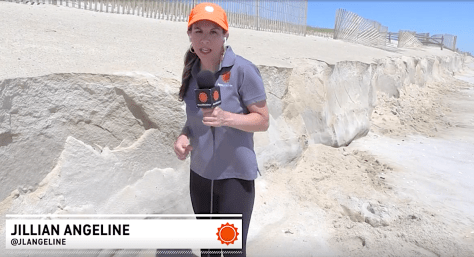 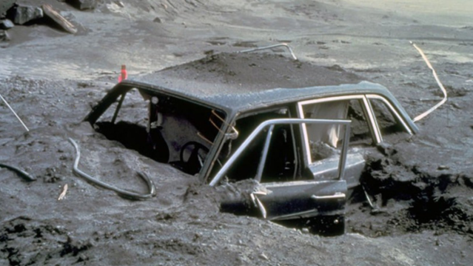 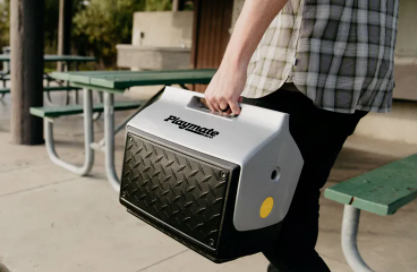 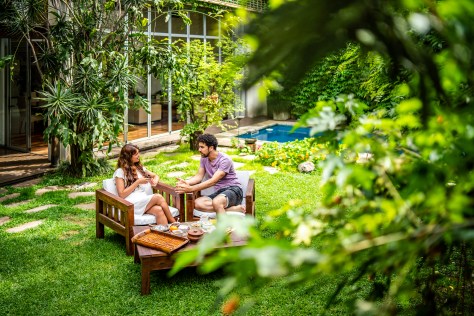 Whether you're looking to catch up on spring shopping or get ahead of next spring, here are our picks for essentials for the warmer weather.