American Meteorological Society Annual Meeting, PHOENIX, Jan. 9, 2019 -- AccuWeather, the world's largest and fastest-growing weather media company as well as the leader in weather-related data, business and predictive analytics, today announced the introduction of a new important scale to help people and businesses better understand the full impact of hurricanes. Called the AccuWeather RealImpact™ Scale for Hurricanes, this innovative new scale is based on a broad range of important factors and is designed to provide practical and critical information people can use to evaluate the threat posed by a hurricane or tropical storm and take the appropriate steps to stay safe and protect property. The Saffir-Simpson scale which has been used by meteorologists for decades classifies storms by wind speed only.

The new AccuWeather RealImpact Scale for Hurricanes is based on a variety of diverse, contributing factors, such as flooding rain, high winds and storm surge as well as the total economic impact from the storm, rather than simply wind. As a result, the unique, new scale will communicate a more comprehensive representation of the potential impact of a storm on lives and livelihoods.

The announcement of the new AccuWeather RealImpact Scale for Hurricanes is being made during the American Meteorological Society's annual meeting, the largest gathering of weather professionals, to allow for commentary and input from the meteorological community.

The AccuWeather RealImpact Scale (AccuWeather RI™) for Hurricanes categorizes hurricanes and tropical storms on a six-point scale. Like the Saffir-Simpson scale, the AccuWeather RealImpact Scale for Hurricanes uses the 1 to 5 rating, but also adds an additional rating of "Less than 1." The "Less than 1" score provides insight on hurricanes and tropical storms that don't rise to a Category 1 on the Saffir-Simpson scale. Storms designated with this rating may still cause substantial destruction, injury or loss of life.

"For decades, AccuWeather has helped to protect people and property by using the practical application of science to benefit humanity. The Saffir-Simpson scale on its own doesn't capture all the severe impacts of hurricanes and tropical storms, such as coastal storm surge and flooding rainfall, which, on average, are the primary cause of death and destruction due to hurricanes," said Dr. Joel N. Myers, Founder and Chief Executive Officer of AccuWeather.

"Unlike the very limited Saffir-Simpson scale, which accounts only for wind speed, the more comprehensive AccuWeather RealImpact Scale for Hurricanes properly informs people about the real impacts of a storm, so they can utilize the most accurate information to make the best decisions to protect themselves, their families and property from all of the dangers and risks of tropical storms and hurricanes."

For example, AccuWeather and the rest of the meteorological community struggled with how best to communicate to the public that Hurricane Florence would be devastating since it was only expected to be a Category 1 on the Saffir-Simpson scale when it came ashore in North Carolina in September 2018. According to AccuWeather, this low rating on the Saffir-Simpson scale may have impeded some people's understanding of the need to evacuate or take other necessary precautions despite the threat of disastrous inland flooding and storm surge along the coast. In fact, Mayor Dana Outlaw of New Bern, N.C., a city of about 30,000 residents, told NPR that people stayed in their homes, despite evacuation orders. On the new scale, Hurricane Florence would have been designated with AccuWeather RealImpact of 4.

AccuWeather's expert meteorologists began developing the new AccuWeather RealImpact Scale for Hurricanes after 2017's Hurricane Harvey, which caused hazardous rainfall and extensive flooding in the greater Houston and surrounding areas. Harvey led to significant deaths, damage and destruction with sustained winds of 130 mph, making it a Category 4 storm on the Saffir-Simpson scale. Harvey would have been designated as a 5 on the new AccuWeather RealImpact Scale because of the flooding and the winds.

"When Hurricane Harvey hit in the greater Houston area, the nation's fourth largest city, we immediately released an estimate of the total damage and economic loss of the storm at $160 billion and then upped it to $190 billion -- which turned out to be closest to the correct estimate -- while several financial institutions were projecting a loss of $6-8 billion," said Myers. "Further, we correctly expected there would be significant loss of life from Hurricane Harvey due to the extensive flooding. When AccuWeather saw how the media and other sources, including financial institutions, were greatly underestimating the potential damage and economic loss that we expected Harvey to cause, we became concerned because we knew that all interested parties would not appreciate the magnitude of the disaster that was developing, and many people would not take proper precautions or get to safety. By making our bold prediction of $190 billion early, accurately, and further ahead than other sources, AccuWeather believes it saved lives," said Myers.

As Taylor Fontenot, a captain of the all-volunteer Cajun Navy rescue group, said to the Washington Post in September 2018, it's "real, real dangerous when the weather people start downgrading storms. Then folks feel they are okay to ride it out. That's when we get the life-or-death scenarios." The new AccuWeather RealImpact Scale for Hurricanes will work to solve this problem by using a multi-dimensional approach to determine and communicate the real impact of storms rather than just the one-dimensional measurement of wind speed.

Another unique feature of the AccuWeather RealImpact Scale for Hurricanes is the flexibility AccuWeather expert meteorologists used to the design the system, enabling rapid integration of the latest scientific breakthroughs into the scale to immediately benefit the communication of a storm's impact. For example, researchers at The Pennsylvania State University recently defined the K-scale, a new way to describe the damage potential from storm surge based on storm surge height and velocity. When available, AccuWeather will integrate the K-scale damage estimates into the AccuWeather RealImpact Scale for Hurricanes when considering the impacts of storm surge.

"We are proud of our record of providing forecasts and warnings valued for their verified and documented Superior Accuracy™. Of course, the maximum value for warnings is achieved when they are communicated in the clearest and most understandable way, empowering people to make the right decisions to keep their families safe," said Myers.

AccuWeather will be using this new scale in its hurricane and tropical storm news reports on AccuWeather.com, mobile web and on the AccuWeather Network, currently available to DIRECTV®, DIRECTV® Now, Frontier and Verizon Fios cable subscribers. Additionally, the new AccuWeather scale will be utilized for its television, radio and newspaper clients as well as for the thousands of other companies it serves.

AccuWeather holds 135 unique patents and has more than 320 pending patent applications throughout the world. The company has made significant advancements in many scientific fields and thousands of other innovations, many of which have received awards. AccuWeather's superiority is most indisputable in forecasting and communicating the impacts of weather to benefit the public, business, and society during its 57-year history. The new scale is another step forward in that leadership.

By providing forecasts and warnings verified for their Superior Accuracy™ across all major platforms, including both digital and traditional media, AccuWeather helps save more lives, keeps more people safe, and helps people and companies plan more effectively in all weather conditions. In the most comprehensive study of forecast accuracy ever undertaken, AccuWeather was overwhelmingly reconfirmed by independent industry tracker ForecastWatch® as the world's most accurate source of weather forecasts in the categories tested—precipitation, wind, and high-temperature forecasts.

More importantly, AccuWeather forecasts have superior value that goes well beyond what is demonstrated in the ForecastWatch and all other independent forecast accuracy comparisons. The reasons for this are numerous. First, AccuWeather forecasts are more localized than other sources. Further, they are more detailed and extend further into the future. For example, the independent verification by ForecastWatch was based on comparing all New York City forecasts, but AccuWeather provides further detail for 279 neighborhoods within New York City and most other sources do not, which means AccuWeather delivers Superior Accuracy not even captured in study after study of statistical forecast accuracy comparisons.

Another advantage is AccuWeather MinuteCast®, which gives accurate, minute-by-minute forecasts of precipitation up to two hours ahead with start and stop times. In fact, the ForecastWatch study concluded that AccuWeather's probability of precipitation forecasts, which are key to MinuteCast forecasts, were 21 percent more accurate than those of the next-ranked provider and 23 percent more accurate than the average of all other sources. This powerful combination of accuracy and detail, both in location and time, make AccuWeather forecasts many times more valuable than any other source and helps users make the very best weather-related decisions.

AccuWeather, recognized and documented as the most accurate source of weather forecasts and warnings in the world, has saved tens of thousands of lives, prevented hundreds of thousands of injuries and tens of billions of dollars in property damage. With global headquarters in State College, PA and other offices around the world, AccuWeather serves more than 1.5 billion people daily to help them plan their lives and get more out of their day through radio, television, newspapers, smart phones, tablets, connected TVs, the AccuWeather Network and AccuWeather.com. Additionally, AccuWeather produces and distributes news, weather content, and video for more than 180,000 third-party websites. Among AccuWeather's many innovative and award-winning features available free to the public are MinuteCast® Minute by Minute™ forecasts with Superior Accuracy™. Furthermore, AccuWeather serves 245 of Fortune 500 companies and thousands of businesses globally. Dr. Joel N. Myers, Founder and Chief Executive Officer, established AccuWeather in 1962 and is considered the "father of modern commercial meteorology." Dr. Myers, a leading creative thinker and visionary, has been named "the most accurate man in weather" by The New York Times and one of the top entrepreneurs in American history by Entrepreneur's Encyclopedia of Entrepreneurs.

AccuWeather and Northwoods League Hit it Out of the Park wit...

AccuWeather Adds Dr. Claudia Natanson as Vice President of I...

AccuWeather Network wins big at Cynopsis Media Best of the B...

AccuWeather Celebrates a History of Science, Innovation with...

AccuWeather Appoints Three Dynamic Industry Leaders to its B...

AccuWeather Partners with Local ABC Stations in Support of 2...

With More Severe Weather Ahead this Week, AccuWeather Warns ... 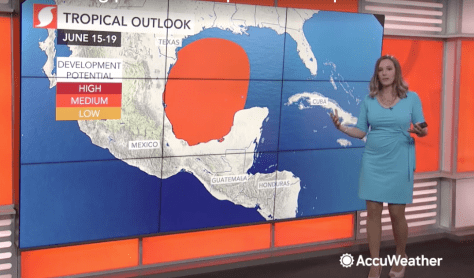 AccuWeather meteorologists break down what needs to happen -- and when it could happen -- for the next named storm of the new hurricane season to develop. 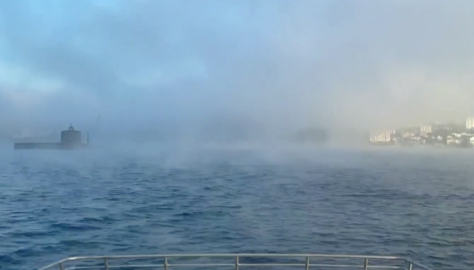 The phenomenon occurred as an unusually cold storm brought record-challenging temperatures and even snow some in spots to parts of the country.

The first-of-its-kind discovery, described as "a dream of many fiction writers," is a huge leap forward in understanding how specimens -- perhaps even humans -- can be preserved for generations. 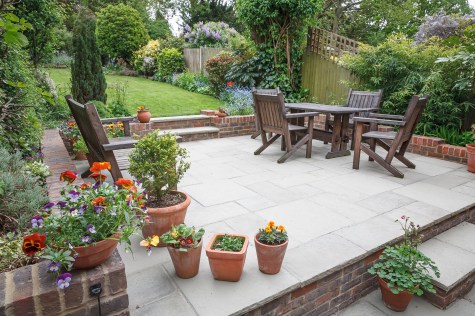 How to upgrade your patio space for summer

No matter how much space you have in your yard, here's how to make the most of it. 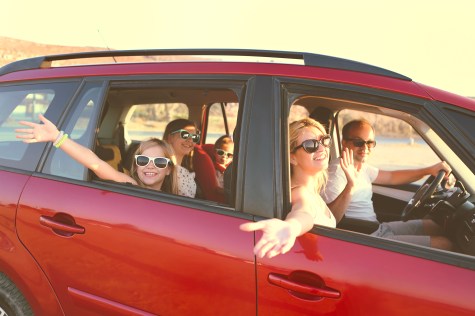 Before you take your next road trip, add this gadget

You may not have thought about it before, but it can certainly come in handy for multiple reasons. Plus, here are a few other things you'll need as you spend more time on the road this summer. 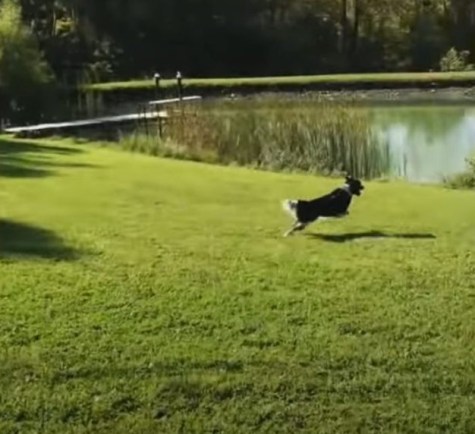 AccuWeather School is just about done since AccuWeather Summer Camp starts on Tuesday, so it’s time to relax with funny weather videos.