Tropical system could form in southwestern Gulf of Mexico, but time is limited

A robust tropical disturbance located over Central America could still become the Atlantic basin’s next tropical depression, AccuWeather forecasters say, but time is running out.

Low pressure associated with the disturbance, also known as a tropical wave, was fairly broad and extended from the northwestern Caribbean to southeastern Mexico with the center of the system located over southeastern Mexico on Friday morning. Despite the center of the system being over land, thunderstorms with torrential rain continued to erupt in the region, including in part of the southwestern Gulf of Mexico, a sign that forecasters said indicated some strengthening.

An Air Force Reserve hurricane hunter aircraft is scheduled to investigate the system on Friday afternoon, if necessary, according to the National Hurricane Center.

It is very unlikely that this disturbance will rapidly strengthen to a hurricane or high-end tropical storm, but there is a medium chance of the system becoming a tropical depression prior to moving over land in the coming days. 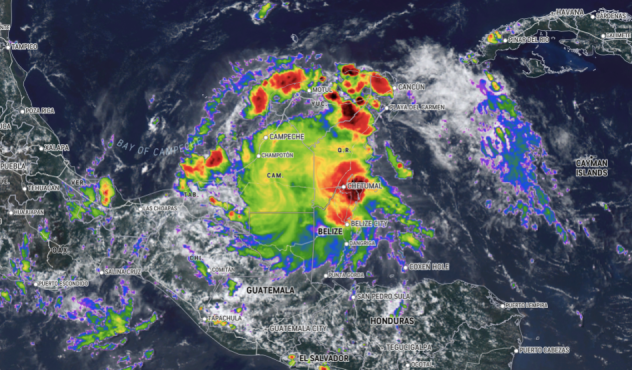 Intense thunderstorms (red) can be seen centered on Mexico's Yucatan Peninsula (center), while thunderstorms began to erupt over part of the southwestern Gulf of Mexico (left of center) as of Thursday afternoon, Aug. 18, 2022. A swirling structure to the clouds was also visible. (AccuWeather Enhanced RealView™ satellite)

At this time, AccuWeather meteorologists believe the main impact from the system is likely to be locally heavy rain from northeastern Mexico to part of South Texas from Saturday to Sunday. Seas are also likely to build over the southwestern Gulf from Mexico to South Texas into this weekend.

"It is possible that most of the shower and thunderstorm activity associated with the system passes to the south of the Texas border and moves into Mexico this weekend," AccuWeather Meteorologist Brandon Buckingham said. If the system tracks more to the northwest, then it could bring heavy, flooding rain to South Texas. 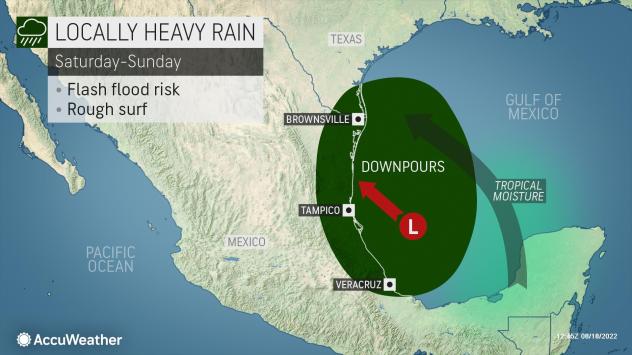 Much of South Texas and the lower Rio Grande Valley was recently hit by a tropical rainstorm that brought 2-10 inches of rain. This system brought some needed drought relief but also some unwelcome flooding. While the region could handle a moderate amount of rain following several days of dry weather this week, torrential downpours could bring renewed flooding.

The most significant factor that would affect the system's development is time, AccuWeather forecasters say. This development window for the tropical disturbance is short and limited to about two days, which is barely enough to allow the system to coalesce.

As the system moves over the southwestern Gulf of Mexico on Friday, the development potential will begin and continue until the system moves back over land, most likely along the northeast coast of the Mexico mainland later Saturday or Saturday night.

If the system hugs the coast on a more westward track, rather than a northwest track over open waters, development may also be hindered, experts say.

There is a significant amount of dry air in the path of the system over northeastern Mexico, which may also be another deterrent for quick organization. 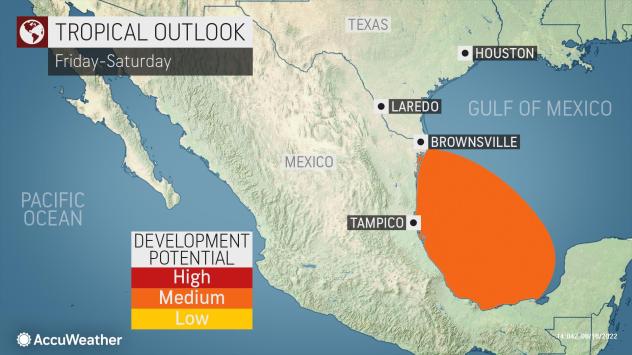 On the other hand, there are a couple of factors that could benefit the development of this fledgling tropical system. Water temperatures are in the mid-80s over the southwestern Gulf and well above the 78-degree threshold that is suitable for a tropical system to form and thrive. The warmer the water, the greater the chance of quick organization and strengthening.

Another factor is the amount of wind shear in the region. Wind shear is the extent of stiff straight-line breezes. If these winds are too strong, then a tropical system may not ever have a chance to form. However, in some situations where wind shear is more in the low to moderate range, it can sometimes aid in tropical development.

Wind shear is forecast to weaken in the path of the system as a dip in the jet stream over the South Central states moves away this weekend. However, because of the short development window, the low wind shear factor may not be much of a player in the case of this system. 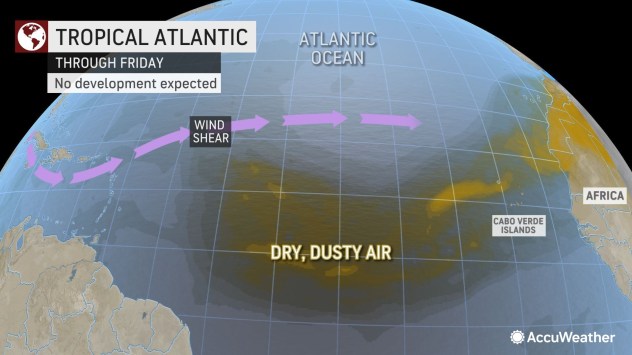 AccuWeather meteorologists will be closely monitoring the behavior and track of the disturbance as it enters the southwestern Gulf on Friday and moves over the body of water into Saturday night.

Why has tropical Atlantic been less active?

Wind shear and dry air have been a major deterrent against development for much of this summer over the Atlantic. However, there are some signs that a change may take place next week.

"The belt of strong wind shear that has been so prevalent from the central Caribbean to the middle of the Atlantic is showing signs of weakening by next week," AccuWeather Lead Long-Range Meteorologist Paul Pastelok said.

"While this can open the door for tropical development of tropical waves emerging from Africa, steering breezes will generally keep these systems well away from the U.S. mainland for the time being," Pastelok added. 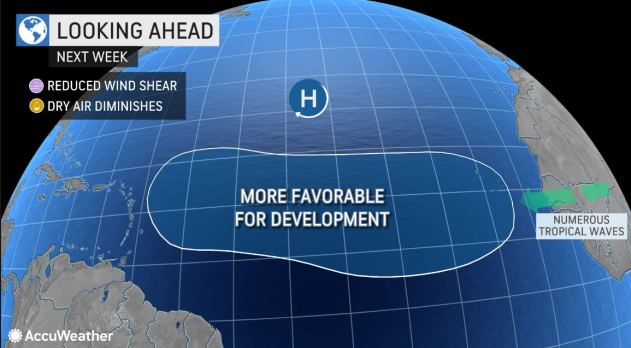 Pastelok noted that there is one potential trouble spot forecasters have identified. A tropical wave is forecast to move into the zone of weakening wind shear along the northern coast of South America this weekend. This could be a system to watch as it drifts from the Caribbean and toward the Gulf of Mexico next week.

Thus far there have been three tropical storms and no hurricanes this season, compared to eight named systems last year as of Aug. 18. As a result, the 2022 hurricane season is trending behind the average pace.

The last tropical storm was Colin, which formed near the South Carolina coast in early July. The average date of the fifth named storm is Aug. 22. 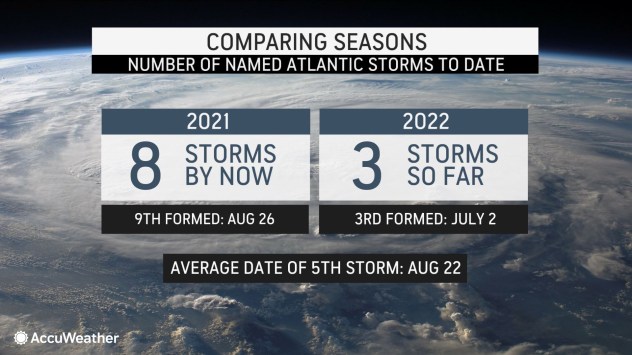