The exhibition meditates on Puerto Rican art and life in the five years since Maria made landfall. Its title, "no existe un mundo poshuracán," comes from Puerto Rican poet Raquel Salas Rivera, translating to "There is no post-hurricane world." 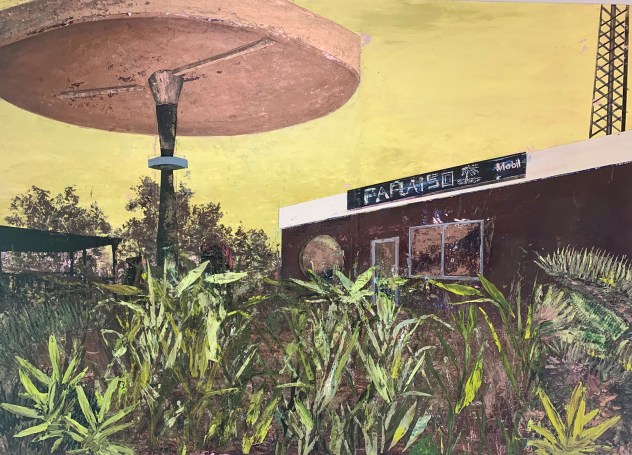 Rogelio Báez Vega's 2019 work "Paraíso Móvil" is just one of the many pieces on display as part of a new exhibition at the Whitney Museum of American Art. (Courtesy Whitney Museum)

It wasn't just the material stress of living through the hurricane -- the widespread death and devastation, and shortages of food, water, and gasoline. Or the societal issues that followed, including austerity measures, power outages, extensive public school closures and intensified gentrification.

The island Báez knew didn't exist anymore. Neither did the life. In the months following the storm, Báez's father died by suicide -- a death they in part attribute to the mismanagement of the emergency by both the local and federal government.

Báez turned to their camera to process their twofold grief: mourning both their father and their country. Alongside that of 19 other Puerto Rican artists, their work will now be part of a new exhibit at The Whitney Museum of American Art in New York.

The exhibition meditates on Puerto Rican art and life in the five years since Maria made landfall. Its title, "no existe un mundo poshuracán," comes from Puerto Rican poet Raquel Salas Rivera, translating to "There is no post-hurricane world."

It is the first scholarly exhibit focused solely on Puerto Rican art organized by a major U.S. museum in almost 50 years, according to the Whitney.

Marcela Guerrero, the Jennifer Rubio Associate Curator at the museum, is the brain behind the exhibition. Guerrero, who is Puerto Rican, watched the storm unfold from New York, where she had just given birth. Many in the diaspora were glued to the news, she said, trying to do all they could to help; she immediately knew she wanted to use the hurricane as a focal point.

When you talk to people from Puerto Rico, she said, it's BM and PM: "before Maria" and "post Maria." 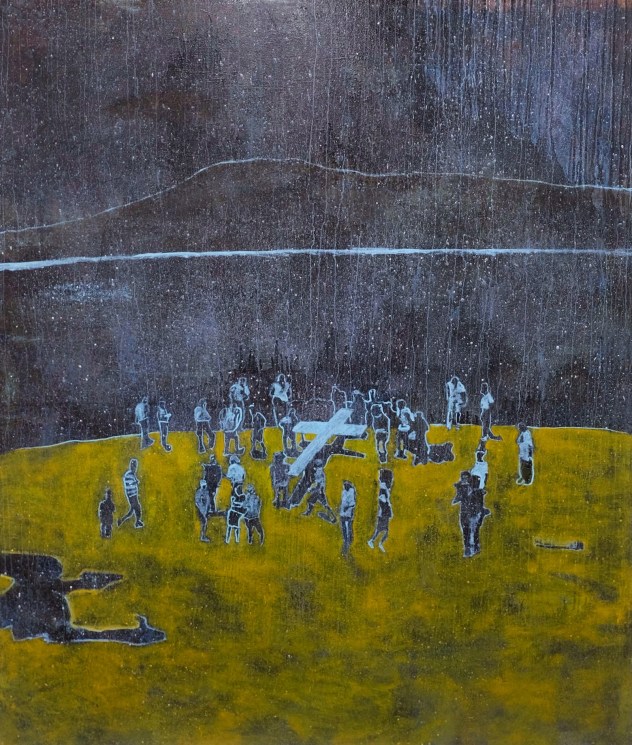 "There are certain events that mark histories and societies," Guerrero said. "I think Maria was that moment in recent Puerto Rican history, arguably all of its history. I didn't want to ignore that."

And in Maria's aftermath, not much has changed, Báez said -- it's gotten worse.

The country has seen protests that led to the ousting of governor Ricardo Rosselló, earthquakes, crushing debt, austerity measures inflicted on the country by a US-appointed oversight board, and, of course, Covid-19. Not to mention Hurricane Fiona, which struck just months ago.

Hence the title of the exhibit.

"That verse kind of brings up this idea of being perpetually caught in this wake of the hurricane," Guerrero said. "Puerto Ricans are not afforded the luxury to think outside of the hurricane. Everything is a consequence of the disaster." 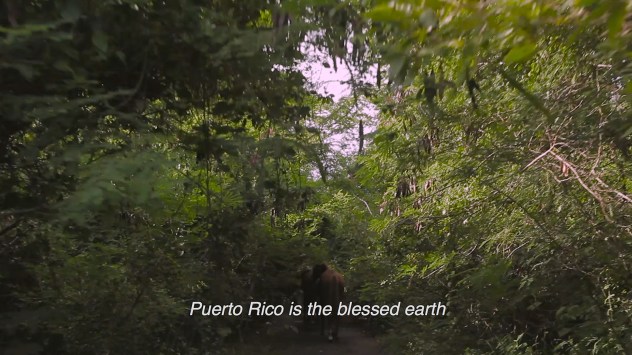 After 2017, San Juan-based artist Sofía Gallisá Muriente's perspective -- on her work, and on her country -- shifted.

She began experimenting with analog film, working with film moldy from humidity and coating rolls in salt in an attempt to corrode the images. Just as the storm and the environment destroyed parts of the country, she used the environment to destroy her art.

"Puerto Rico was suddenly so visible internationally (after Maria), but so many of the images that were traveling the world were of destruction and people suffering," Gallisá Muriente said. "I didn't feel comfortable just going out in the street with my high definition video camera to make beautiful images of something so horrible. And so that's how I ended up working a lot with film and deterioration."

Her short film "Celaje" is featured in the Whitney's exhibition, and juxtaposes her grandmother's life story with that of Puerto Rico. In the 1960s, her grandmother moved to Levittown, then one of the largest planned communities in the country. At the time, Gallisá Muriente said, it was a brand new suburb of middle class homes, epitomizing the American dream of upward mobility. 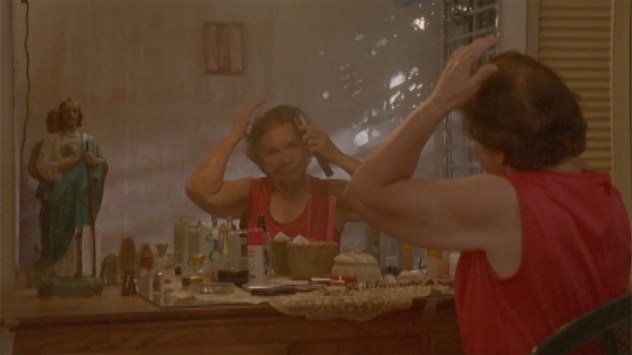 But by 2019, when her grandmother died, the neighborhood had completely changed, Gallisá Muriente said -- full of shuttered schools and houses that had been transformed into businesses. (Her grandmother's house, meanwhile, was flooded when Maria hit.) And the disintegration of those slippery dreams of progress is shown literally in "Celaje," through expired and decaying film.

Curating memories in a time of change

At home in New York, Guerrero remembered seeing an image of the archipelago completely dark, due to loss of power. It looked almost like the country had been erased from the map.

It felt, she said, like a perverse prophecy -- Puerto Rico disappearing. And today, many Puerto Ricans are migrating away from the island, Guerrero said.

"The conditions of living are so impossible that the island almost feels like it's being emptied," she said.

Báez echoed those sentiments. With rising costs of living, material conditions on the island make it hard to stay, they said. It's becoming an island for foreigners, not Puerto Ricans. 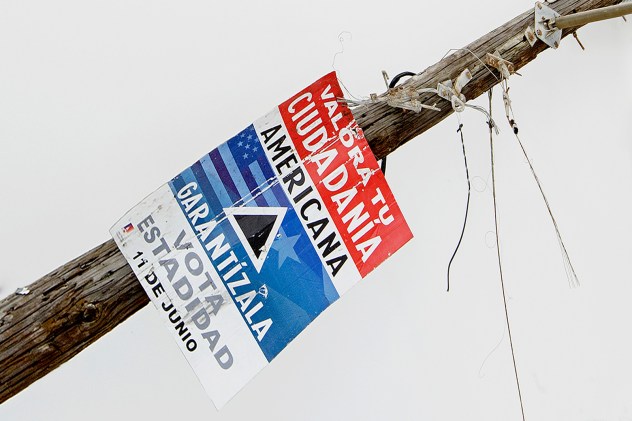 The hurricane, Guerrero said, just exacerbated the challenging circumstances Puerto Rico was already mired in, specifically as US territory, bound to American laws but left out of federal benefits.

"By talking about Hurricane Maria, sure, I'm talking about a hurricane... but in the specific case of Puerto Rico, when you have such a strong, devastating, catastrophic natural event happen, but on top of that you add this colonial context, you get a society that is losing its people," Guerrero said. "It's this constant scene of death, even if it's not literal, of mourning a Puerto Rico that's no longer there."

With this exhibition, artists are reflecting on the storm and its impact, Guerrero said, and affirming their existence through their work.