Rescue and recovery operations were still underway over the weekend several days after Hurricane Ian left a path of devastation across Florida, including in areas that had been cut off from the rest of the state.

The death toll rose and rescue and recovery operations were still underway over the weekend several days after Hurricane Ian left a path of devastation across Florida. Officials said that about 4,000 people had been rescued in the days since the storm left its vicious mark, and hundreds were still being rescued from hardest-hit areas in southwestern Florida on Saturday.

The southwest coast of Florida took the brunt of the storm surge when Ian made landfall on Wednesday, Sept. 28. Barriers islands, including Sanibel, Captiva and Pine islands, were cut off from the rest of the state when roads connecting them to the mainland were destroyed and submerged by Ian.

In Lee County, which includes the hard-hit Fort Myers and Fort Myers Beach, sheriff Carmine Marceno said on Saturday that there were at least 35 fatalities and that his office would wait until all family members could be notified to release more information on the casualties. Rescue efforts were still ongoing throughout the county, he said.

As of Monday morning, at least 76 fatalities were reported due to Ian within the state of Florida, according to a CNN report. However, that number will likely fluctuate over the coming days and weeks.

The White House said on Saturday that President Joe Biden will be visiting Puerto Rico on Monday, as the island is still recovering from Hurricane Fiona’s powerful strike two weeks ago. The president is then expected to travel to Florida on Wednesday to visit areas that were ravaged by Ian.

As recovery efforts continued, many challenges remained for the communities impacted by the hurricane. Some rivers that flooded from the rainfall were still impacting areas of the state. Interstate 75 in Sarasota County was reopened after flooding has previously closed the major corridor. However, officials cautioned that future flooding would be possible, and additional closures could not be ruled out.

Including at least three fatalities in Cuba caused by Ian, according to The Associated Press, and four fatalities in North Carolina, the death toll stood at more than five dozen. Most of the deaths from the hurricane were a result of drowning, but some have been blamed on harsh consequences in the aftermath of the storm, such as an elderly couple who died after power to their oxygen machines shut off.

The scenes of devastation were widespread across the Peninsula, with several communities completely destroyed from the wrath of Hurricane Ian. Trees were completely ripped apart and several collapsed in Pine Island, Florida, not far from where Ian made its first of three United States landfalls.

Cars and buildings were destroyed. Video from extreme meteorologist Reed Timmer showed the damage spread over a wide area of the island, which impeded roads and accumulated around homes. In some cases, damaged boats were stacked on top of the debris that were inland. Residents who were still in Pine Island on Saturday indicated that fleeing may be the only option.

"The resources are just not available on Matlacha/Pine Island to make life sustainable for living your daily life on the island for some time," read a social media post by Kevin Russell, who operates a local Facebook group page. He added that the situation on the island "is more dire than we thought." 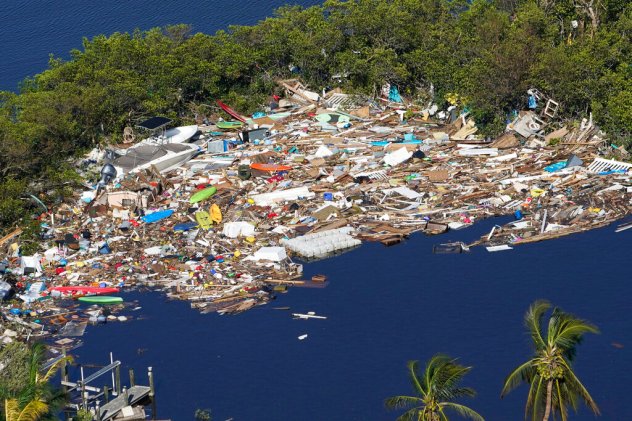 Debris is piled up at the end of a cove following heavy winds and storm surge caused by Hurricane Ian Thursday, Sept. 29, 2022, in Barefoot Beach, Fla. (AP Photo/Marta Lavandier)

Washed-out and damaged roads were hardly limited to Pine Island.

Drone video from Brandon Clement showed a road completely collapsed and impassable in Acadia, about an hour north of Fort Myers, on Saturday morning. Behind the impassable portion, chunks of the road were taken out like swiss cheese along the roadway. Even three days after landfall, portions of Acadia were still underwater and homes flooded.

At a press briefing on Saturday, Florida Gov. Ron Desantis said the worst of the flooding remained inland.

"I was touring central Florida," DeSantis told reporters. "There was more standing water in central Florida than there was in southwest Florida. Just had a lot of water from some of the rivers and inlets overflowing. It's creating a lot of problems really all across the state."

Before and after satellite imagery from Maxar showed just how devastating the hurricane was to the state. At Fort Myers Beach full neighborhoods along the coast disappeared and coastlines were left changed. Boats that were once docked against roads were missing or shoved inland.

"We've lost all our boats. That's the long and short of it," Cookie Smith, whose husband owned boats in Fort Myers Beach, told Wadell. "But we're all safe, and we just pray for those that had homes that were washed away."

The shocking scenes of destruction hint at how sweeping and long-lasting the impact across Florida will be felt. The economic fallout caused by the storm will be immense, AccuWeather Founder and CEO Dr. Joel N. Myers said -- on par with some of the worst hurricane damage in U.S. history. According to Myers, the total losses caused by Hurricane Ian will amount to between $180 billion and $210 billion in the U.S.

Aerial photos before and after Ian

Hurricane Ian was rated a 5 on the AccuWeather RealImpact™ Scale for Hurricanes due to its potential for life-threatening storm surge and its powerful winds.

“The economic impact of this storm should not be underestimated,” said Myers. “At $200 billion, that amounts to 1 percent of our national GDP, which is a significant hit on the economy and the entire country and could even be the difference between growth and recession causing the Federal Reserve to keep from raising interest rates further for the remainder of the year.”

Some of those who evacuated or survived the force of Ian were left with nothing but the memories of their homes, including longtime Iona resident Michelle Reidy.

“Our families have lost everything,” Reidy told AccuWeather on Thursday, her voice almost breaking. “There is, I can tell you, like a boat sitting almost like in our apartment. It’s all under water."

Reidy, along with many other longtime residents, said she never experienced anything like the destruction of Hurricane Ian. When Ian moved inland, it unleashed relentless wind gusts across the peninsula. The highest official reported wind gust was 128 mph, recorded by a WeatherFlow station in Grove City. However, locally higher wind speeds that weren't officially observed may have also occurred. 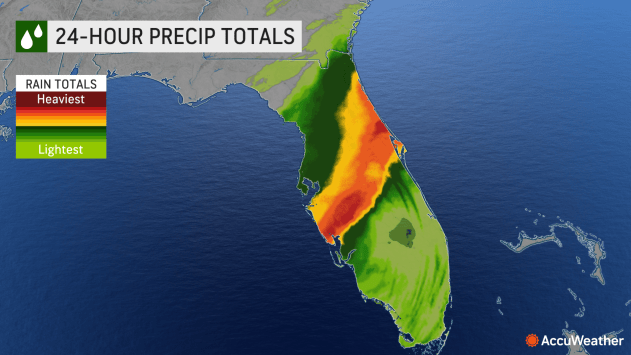 Rainfall across the state was staggering, too. In just 24 hours, automated rain gauges reported as much as 31.52 inches of rain near Ponce Inlet. Rainfall totals combined with the ferocious storm surge wreaked havoc on barrier islands and areas close to the coast.

Ian will go down as one of the strongest hurricanes to ever strike the U.S. as well as one of the costliest. Prior to Ian, the mainland U.S. hadn't had a brush with an Atlantic hurricane all season. There were no named storms in August, but the Atlantic basin seemed to snap out of its slumber when September arrived.

By the end of the month, the southeastern U.S. was under assault by a major hurricane. The overall intensity of a hurricane season can be measured using a metric that meteorologists refer to as ACE, or accumulated cyclone energy, which accounts for the strength and duration of all of a season's tropical cyclones. 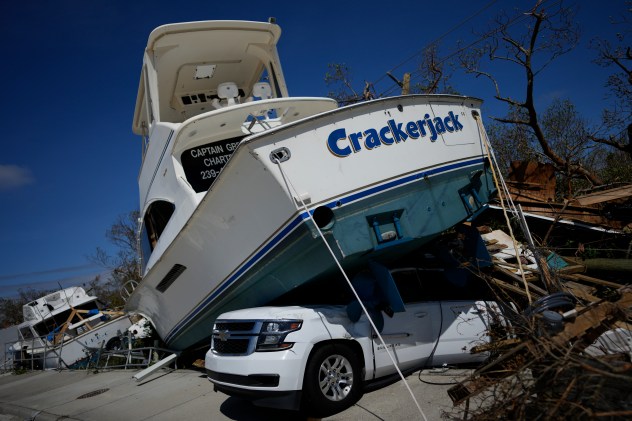 Storms in September 2022 generated a higher ACE value than the previous two Septembers, according to Colorado State University meteorologist Philip Klotzbach. Despite the wild finish to the month, however, the overall ACE value at the beginning of October, 79.1 on the first day of the month, still trails what’s considered normal for this point of a hurricane season – a mark of 95.5.

As for Ian's overall intensity, or ACE, it was undoubtedly a powerful storm, but not the season's strongest by that measure. During Ian’s lifetime as a tropical cyclone – from Sept. 24 when it was named through Sept. 30 when it lost its tropical storm status – Ian, having topped out at Category 4 strength, racked up an ACE value of 17.4.

The abnormally high value of 17.4 is the second-strongest tropical cyclone of the 2022 Atlantic hurricane season, according to figures tracked by Colorado State University. Only Fiona, which was a major hurricane as well and had an ACE of 26.4, was higher than Ian. Fiona remained a tropical cyclone for three more days than Ian did.

Want next-level safety, ad-free? Unlock advanced, hyperlocal severe weather alerts when you subscribe to Premium+ on the AccuWeather app.AccuWeather Alerts™ are prompted by our expert meteorologists who monitor and analyze dangerous weather risks 24/7 to keep you and your family safer