A landslide swept through an area of the Santos Michelena Municipality in Venezuela on Sunday, killing at least 25 and leaving 50 still missing.

At least 25 people have died and dozens remain missing in central Venezuela as a landslide fueled by Hurricane Julia swept through Las Tejerías in the Santos Michelena Municipality, according to The Associated Press.

On Sunday afternoon, several people were reported missing on the north side of Las Tejerías in the El Béisbol and La Agotada neighborhoods after dozens of homes were damaged by a landslide, according to Major Gen. Carlos Pérez Ampuedatom, the vice minister for risk management and civil protection. Five streams overflowed, resulting in the disaster.

“There was a large landslide in the central area of Las Tejerías. We have already found 22 dead people, there are more than 52 missing,” Vice President Delcy Rodríguez told Venezolana de Televisión. According to a CNN report, the death toll has since been revised upward to 25. 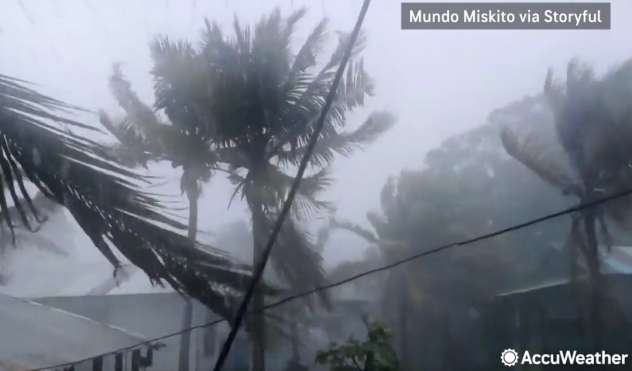 Rodríguez said people are still walled in and officials are trying to rescue them alive as rescuers performed search operations with trains dogs and drones. Floodwaters have affected 21 sectors in Las Tejerías, which is home to about 54,000. More than 20,000 officials have been deployed to the affected regions.

Hurricane Julia, the fifth hurricane of the season, made landfall near Pearl Lagoon, Nicaragua, at 3:15 a.m. EDT Sunday with maximum sustained winds of 85 miles per hour, making it a Category 1 hurricane on the Saffir-Simpson Hurricane Wind Scale.

Heavy rains caused by Julia resulted in rising water overflowing onto the Panmuca Bridge in Juigalpa, Nicaragua, causing buildings to collapse into the water and debris to be scattered, according to video from Radio Nicaragua.

Damage could also be seen on Corn Island in Venezuela as trees toppled over buildings and debris littered a gas station. Off the coast of Nicaragua, light damage was reported in the Colombia Caribbean islands of San Andres and Providencia on Sunday morning, according to Colombia President Gustavo Petro.

Flooding water was seen rushing around buildings and surrounding families in Managua, Nicaragua, and a home collapsed in Managua's 5th district as a result of Hurricane Julia, affecting the family living inside it.

Preparations were made for many in the path of the storm. In Colombia, President Gustavo Petro announced the government was preparing shelters on the islands, according to the Associated Press. San Andrés officials announced a curfew for residents that began at 6 a.m. on Saturday, Oct. 8. 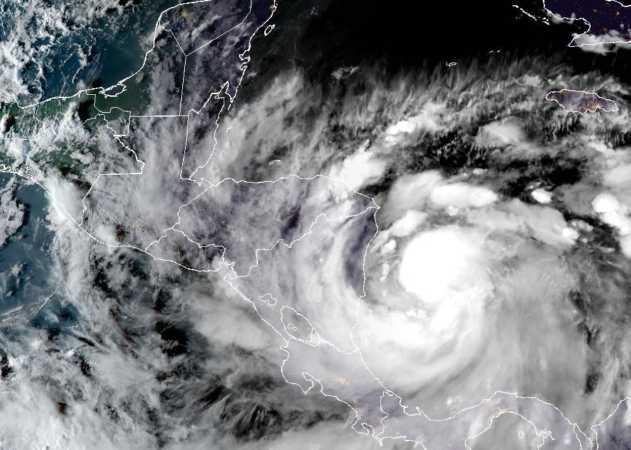 No major impacts from Julia were reported in Colombia, but the situation continues to be monitored by local authorities in San Andres, Providencia, Santa Catalina and other additional northern coastal departments of Colombia, according to an online statement by the British Embassy in Colombia.

"The resumption of flight operations is still pending. Visitors and tourists are advised to avoid visiting these affected areas, if possible," the statement read.

In Guatemala, more than 1,800 shelters across Guatemala were activated over the weekend as Julia impacted the area. On Sunday afternoon, floodwaters could be seen rushing downstream and rising in Izabal, Guatemala, as a result of the heavy rain from Julia.

Hurricane Ian: Behind the numbers of a historic storm