AccuWeather meteorologists and reporters took a deep dive with various experts into what looks to be a busy summer for tropical weather -- and how best to be prepared for hurricanes this year.

AccuWeather Hurricane Center 2022 details what to expect from the 2022 Hurricane Season and how to keep your family prepared and safe.

Just days away from the official start of Atlantic hurricane season, AccuWeather forecasters brought their seasonal projections to television this week.

The one-hour hurricane special on the AccuWeather television network, hosted by Michelle Rotella and Adam Del Rosso, provided further details into the exclusive 2022 Atlantic hurricane season forecast, enlightened viewers on how many storms to expect, as well as places at the greatest risk of being hit by a tropical storm or hurricane this season.

In addition, AccuWeather reporters reviewed last year's active Atlantic hurricane season and reviewed the best strategies for prepping for what is expected to be yet another busy season this year.

In one of the segments, AccuWeather National Reporter Kim Leoffler took a look back at the strongest Atlantic hurricane of 2021: Ida, which made landfall on the Louisiana coast in late August as a Category 4 storm, packing sustained winds of 150 mph. Ida caused widespread destruction along the Gulf Coast and knocked out power to more than a million customers.

Ida went on to lose its powerful winds as it tracked inland but remained a prolific rainmaker as a tropical rainstorm. When it reached the mid-Atlantic and Northeast days later, Ida unleashed torrential rain -- dumping more than 9 inches of rain over 24 hours in some places -- that caused devastating flooding, and even triggered at least seven tornadoes across New Jersey and eastern Pennsylvania. Dozens of fatalities were blamed on the storm. 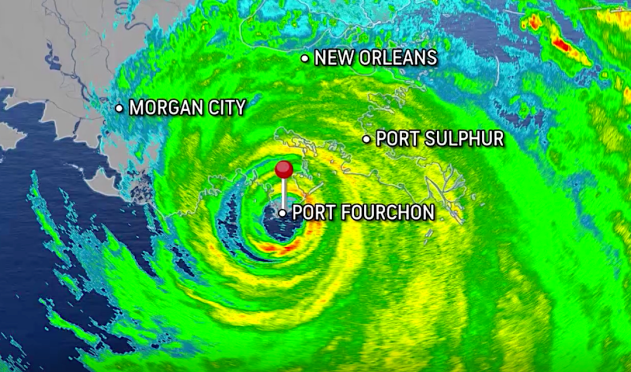 A radar image showing Hurricane Ida making landfall as a Category 4 storm along the Louisiana coast on August 29, 2021.

Various experts were a part of the special to discuss such topics as previous hurricane seasons and their impact, as well as how to stay safe during a storm.

Rotella and Del Rosso gave viewers a behind-the-scenes look at how AccuWeather experts work before hurricane season to develop a forecast, as well as visited with Travis Herzog, the chief meteorologist at ABC 13 in Houston, to discuss the AccuWeather RealImpact™Scale for Hurricanes, which was introduced in early 2019. The hosts also spoke to Ken Graham, the director of the National Hurricane Center (NHC), about how to stay vigilant within a powerful storm.

Another unique segment focused on the hurricane hunters, and provided viewers with firsthand insight into how these fearless storm chasers fly directly into the eye of even the strongest hurricanes. 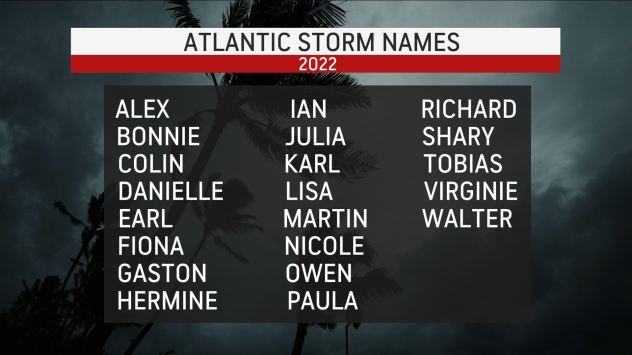 The 2022 Atlantic hurricane season follows two particularly active storm periods in 2020 and 2021. The 2020 hurricane season was a historic one, setting a new record for the number of named storms with 30, while the 2021 season was the third-most active on record with 21 named storms. In both years, meteorologists were forced to use the entirety of the designated storm name list.

According to Kottlowski, between three and five hurricanes are forecast to reach what is known as major hurricane status, when a storm strengthens to Category 3 force on the Saffir-Simpson Hurricane Wind Scale with sustained winds of 111 mph or higher.

The 16-20 named storms AccuWeather meteorologists call for during the 2022 season will be greater than the 30-year average of 14 per year, while the projection of between six and eight hurricanes is more in line with the average of seven per season. 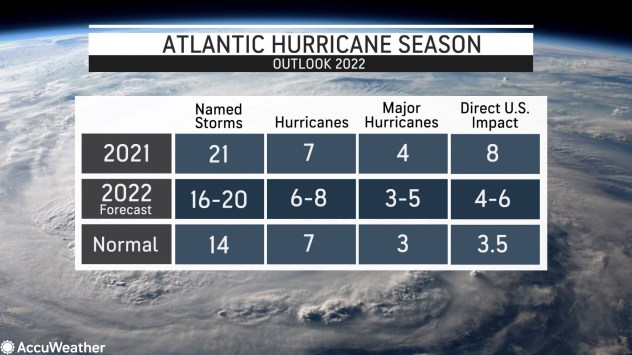 Kottlowski's forecasting team studied several factors that will play a role in the 2022 hurricane season, including the phenomenon known as La Niña. The pattern is a short-term climate fluctuation in which water temperatures are lower than average in the Pacific Ocean. When a La Niña phase is dominant, a lack of wind shear in the atmosphere creates an enhanced potential for numerous storms.

Kottlowski noted that if a La Niña phase remains in place, there could be more than the 20 forecast storms during the 2022 season. Another factor in storm frequency will be above-average sea-surface temperatures in key tropical development regions. 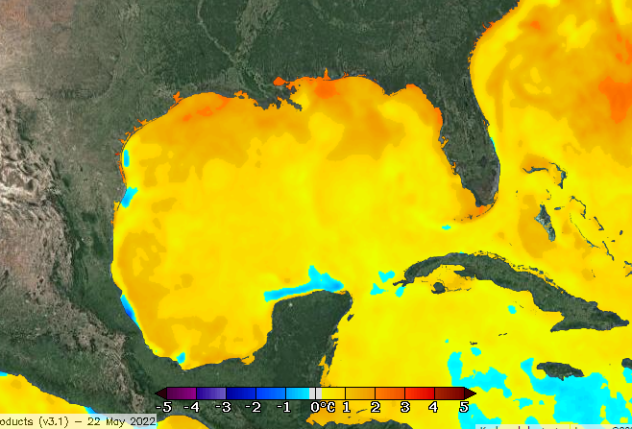 This image shows warm waters throughout much of the Gulf of Mexico, parts of the Atlantic coast of the U.S., and parts of the Caribbean as of May 22, 2022. (NOAA)

Kottlowski's team noted that several areas may feel the brunt of the season, including direct impacts from the southeastern Texas coast eastward through Florida, as well as the coast of the Carolinas.