Coronavirus crisis is now 2nd-worst pandemic in US history

Many colleges and universities are making plans for in-person classes in the fall, restaurants and bars and open and people are out interacting with each other again in many places. The strict isolation and social distancing measures imposed by most states have been eased or removed altogether.

And yet, the new coronavirus hasn’t gone away, and the death toll in the United States continues to climb.

In fact, the number of deaths in the U.S. has topped the estimated total of 116,000 fatalities from the country’s second-worst pandemic, the flu in 1957. The only pandemic blamed for more American fatalities is the Spanish Flu pandemic of 1918, which killed an estimated 675,000, according to the Centers for Disease Control and Prevention (CDC). 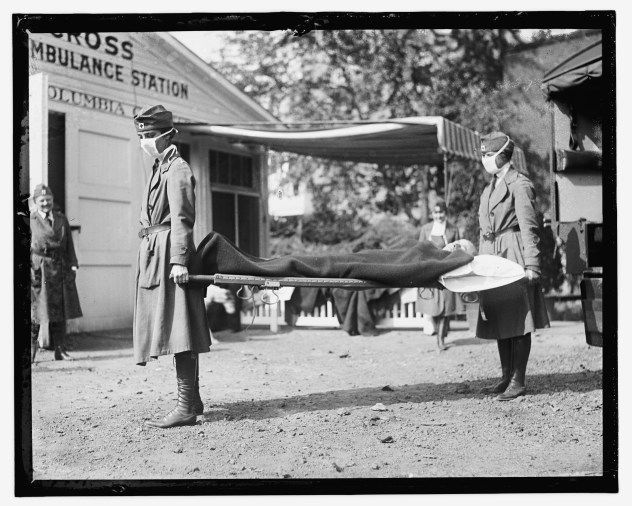 The death toll from the flu in 1957 could have been much worse if not for the lifesaving work done by American microbiologist Maurice Hilleman. According to JSTOR, a digital library of academic journals, books and other material, Hilleman was alarmed by a photo he saw in the spring of 1957 in The New York Times. The photo showed patients at Hong Kong hospitals by the thousands, and he recognized the signs of a pending pandemic. Hilleman concluded that the new flu would hit the U.S. in the fall of 1957.

Hilleman, then working at the Walter Reed Army Institute of Research, obtained the virus specimen from a Navy serviceman stationed in Japan and studied it. Working directly with vaccine manufacturers, he asked them to start making the vaccines. The Public Health Service released the first cultures of the Asian influenza virus to manufacturers on May 12, 1957. By the time the flu arrived in the fall as the weather was cooling, the factories had produced 40 million doses of the vaccine. Despite the outbreaks, the much-feared, massively wide-scale pandemic was largely avoided, Hilleman later recalled. “That’s the only time we ever averted a pandemic with a vaccine.” Worldwide, the estimated death toll was 1.1 million, according to the CDC.

As for the current pandemic, “this is going to be a rough few years” for the U.S., Dr. Michael Osterholm, director of the Center for Infectious Disease Research and Policy at the University of Minnesota said in a recent webinar. “We have to have great humility with this virus. We’re not driving this tiger. We’re riding it.”

The 1918 influenza pandemic, sometimes called the Spanish Flu pandemic, is the most severe pandemic in recent history. An estimated 500 million people – or one-third of the world’s population – became infected and the number of deaths was estimated to be at least 50 million worldwide. The estimated population of the United States on 1 July 1918 was some 103 million, so approximately 0.6 percent of the U.S. population died as a result of the epidemic.

"In 1918, the pandemic had multiple waves, and we are seeing similar things happening across the different states," said Dr. Bryan Lewis, a professor at the Biocomplexity Institute at the University of Virginia. "Unfortunately, the number of deaths we currently have are probably quite a ways from being done."

The country’s initial response to the coronavirus pandemic – mask-wearing, school and workplace closures, for example – surprised and encouraged many infectious diseases experts who feel it helped the U.S. “dodge a bullet in most places of the country,” said Lewis.

The next steps could be crucial. “The unwinding is probably going to happen too quickly in some places and we’ll see some spikes,” Lewis said. “The weather angle may finally come to bear and help out a little here in the midst of summer, but I am concerned about how things will look in September.”

Weather again could be a factor then, too. “In the fall, the immune system is weaker, people are not getting as much sunshine, it's drier and colder and the cooler temperatures make people more susceptible,” said AccuWeather Founder and CEO Dr. Joel N. Myers. “Flu season doesn’t start in the summer because people are more hearty then. It starts in October or November as people’s resistance declines and as the environment is better for the flu. People are just healthier in the summer and less healthy in December, January and February.

“The point is this, though: With each day that goes by, we learn more about how to treat the virus to make it less lethal and less harmful,” Myers said.

This year’s flu season was historically long, but not as deadly as past seasons. At 22 weeks, it was the longest above-baseline flu season in at least 20 years of CDC records. Last year was the previous longest at 20 weeks.

The CDC’s estimate of flu-related deaths this season is a broad range of 24,000-62,000, with final estimates to be determined in the future.