Update: How COVID-19 fatalities in the US compare to the country's worst flu seasons

While there are sad stories coming out of the COVID-19 pandemic, there are also many positive ones. AccuWeather's Lincoln Riddle takes a look at a few of them.

The United States coronavirus death toll eclipsed the 100,000 milestone on May 27 and, as of early June, is nearing a figure that few may have expected or feared at the start of the novel coronavirus outbreak.

Deaths in the U.S. from the coronavirus have topped more than 107,000 as of June 4, meaning the total has passed the number of deaths from the flu season of 1967 (roughly 100,000) and is approaching the number of people who died from the flu outbreak in 1957 -- an estimated 116,000, according to the Centers for Disease Control and Prevention (CDC). The 1957 outbreak erupted in earnest during the fall of that year, according to the scholarly website JSTOR Daily, and hit younger Americans particularly hard.

If the number of fatalities passes roughly 116,000, the only pandemic to cause more American deaths would be the Spanish Flu of 1918, which caused an estimated 675,000 fatalities, according to the CDC. 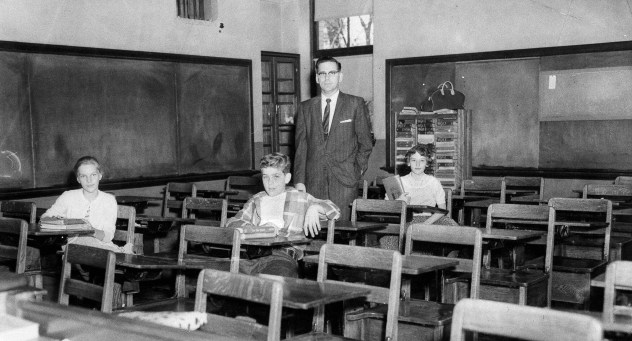 Only 3 of the 31 members of a seventh grade class at the Grebey Junior High School in Hazleton, Penn., Oct. 16, 1957. All public schools there were closed for the remainder of the week because of the many absences caused by an influenza-like illness that plagued the region. (AP Photo)

Some 6.5 million confirmed cases of coronavirus have been reported worldwide as of June 4 with 1.8 million cases in the U.S. Roughly 386,000 have died worldwide from COVID-19.

One infectious disease expert who recognized the deadly potential for the coronavirus early told AccuWeather in early March that the outbreak could have a historically unprecedented impact worldwide.

“This pathogen has all the signs of being ‘the big one,’” Dr. Bryan Lewis, a professor at the Biocomplexity Institute at the University of Virginia, told AccuWeather on March 3. “When current estimates for COVID-19 are compared to the 1918 pandemic, they are eerily similar. The outcomes will likely be different given modern medicine," Lewis said. "However, the impact on society and its functioning is likely to be significant.”

Lewis recently told AccuWeather, “Unfortunately, this thing has turned out the way I was afraid it might. Fortunately, the populace really stepped up and took some drastic measures that we in the pandemic preparedness field were never sure folks would actually do, such as closing schools, certain workplaces and having people stay at home.

“Plus, the level of mask wearing is surprising,” Lewis added. “It all definitely helped us dodge a bullet in most places of the country, but now the unwinding is probably going to happen too quickly in some places and we’ll see some spikes."

Looking ahead, Lewis has concerns about late summer and early fall.

"The weather angle may finally come to bear and help out a little here in the midst of summer," he said, "but I am concerned about how things will look in September.”

There has been much speculation about how or to what extent summer in the Northern Hemisphere might affect the transmission of SARS-CoV-2, the virus that causes COVID-19. Most recently, Dr. Francis Collins, Director of the National Institutes of Health, said that conclusive data will take months to gather and analyze, but short-term findings raise questions about a wished-for summer lull in transmission.

"Those earlier studies focused on well-known human infectious diseases," Collins wrote. "Less clear is how seasonal variations in the weather might modulate the spread of a new virus that the vast majority of people and their immune systems have yet to encounter."

The concerns Dr. Lewis voiced about September and perhaps beyond were echoed in a recent peer-reviewed study conducted in Sydney, Australia, that found an association between lower humidity and an increase in coronavirus cases, according to ScienceDaily.com.

“COVID-19 is likely to be a seasonal disease that recurs in periods of lower humidity,” said one of the study’s leaders, Professor Michael Ward, an epidemiologist in the Sydney School of Veterninary Science at the University of Sydney. “We need to be thinking if it’s winter time, it could be COVID-19 time.”

Summer heat alone won't stamp out coronavirus, NIH director says
Study looks at how altitude relates to prevalence and impact of COVID-19
Could air conditioners be spreading the coronavirus?

The 1918 influenza pandemic, sometimes called the Spanish Flu pandemic, was the most severe pandemic in recent history. An estimated 500 million people – or one-third of the world’s population at the time – became infected, and the number of deaths was estimated to be at least 50 million worldwide. The estimated population of the United States on July 1, 1918, was 103 million, meaning approximately 0.6 percent of the U.S. population died as a result of the epidemic.

As for this year’s flu season, it was historically long, but not as deadly as past seasons. At 22 weeks, it was the longest above-baseline flu season in at least 20 years of CDC records. Last year's flu season was the previous longest at 20 weeks.

The CDC’s estimate of flu-related deaths this season is a broad range of 24,000-62,000, with final estimates to be determined at a later date.