Zika, malaria, Lyme disease and even COVID-19 are just a few infectious diseases that were aggravated by climate hazards, from warming and drought to precipitation and flooding, the study found. 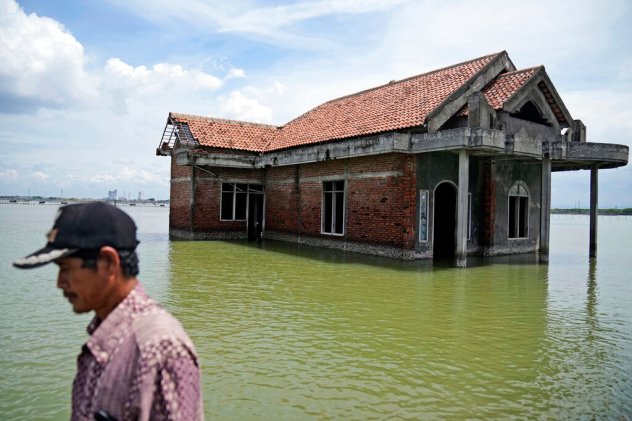 FILE - A man walks past a house abandoned after it was inundated by water due to the rising sea level in Sidogemah, Central Java, Indonesia, Nov. 8, 2021. Climate hazards such as flooding, heat waves and drought have worsened more than half of the hundreds of known infectious diseases in people, such as malaria, hantavirus, cholera and even anthrax, according to a new study released Monday, Aug. 8, 2022. (AP Photo/Dita Alangkara, File)

Climate hazards resulting from climate change have aggravated over half of the known infectious diseases in people, a recent study published in Nature says.

The peer-reviewed study published on Monday found that 58% of the known human infectious diseases, or 218 out of 375, had at some point been aggravated by at least one of 10 types of climate hazards impacted by greenhouse gas emissions. A much smaller percentage of the diseases--16%--were diminished by climate hazards. Over 1,000 disease transmission pathways were observed in the study.

"The link between climatic hazards and disease aggravation was based solely on empirical observations -- meaning that this is already happening," Dr. Tristan McKenzie, one of the researchers involved in the study, told AccuWeather via email. "The scale of the threat that we are facing is too big to address through disease control strategies -- we need to aggressively mitigate greenhouse gas emissions."

Sifting through medical literature of established cases of illnesses, the researchers found cases of diseases such as Zika, malaria, Lyme disease and even COVID-19 had been aggravated by climate impacts from heat waves to floods.

"While numerous biological, ecological, environmental and social factors contribute to the successful emergency of a human pathogenic disease, at the most basic level, it depends on a pathogen and a person coming into contact, and the extent to which peoples' resistance is diminished, or the pathogen is strengthened, by a climatic hazard," the authors wrote. 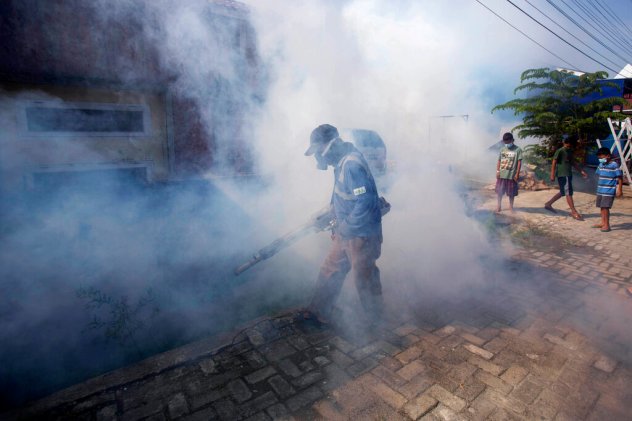 FILE - A worker fumigates a neighborhood with anti-mosquito fog to control dengue fever in Medan, North Sumatra, Indonesia, Feb. 1, 2022. Climate hazards such as flooding, heat waves and drought have worsened more than half of the hundreds of known infectious diseases in people, such as zika, dengue, hantavirus, cholera and even anthrax, according to a new study released Monday, Aug. 8. (AP Photo/Binsar Bakkara, File)

With this in mind, researchers presented the cases in groups depending on if climate hazards brought pathogens closer to people, brought people closer to pathogens, strengthened pathogens or weakened a person's ability to cope with pathogens.

In the circumstances where climate hazards bring pathogens closer to people, researchers highlighted spillovers from viruses, or when a virus jumps from one species to another, were associated with habitat disruptions, forcing animals -- and any diseases they carry -- closer to people. Nipah virus and Ebola, two such spillover viruses, were associated with wildlife like bats, rodents and primates moving over larger areas foraging for limited food after drought or searching for new habitats following wildfires. 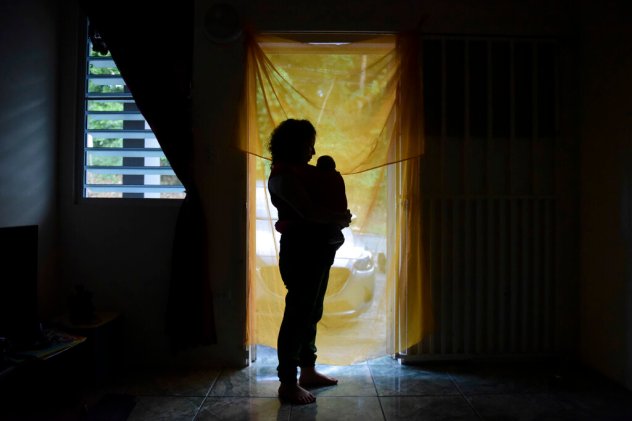 FILE - Michelle Flandez stands in her home with her two-month-old son Inti Perez, woh is diagnosed with microcephaly linked to the mosquito-borne Zika virus, in Bayamon, Puerto Rico on Dec. 16, 2016. Climate hazards such as flooding, heat waves and drought have worsened more than half of the hundreds of known infectious diseases in people, such as zika, dengue, hantavirus, cholera and even anthrax, according to a new study released Monday, Aug. 8, 2022. (AP Photo/Carlos Giusti, File)

On the other hand, climate hazards also impact human behavior and travel, resulting in either a heightened chance for pathogens to spread or isolation from new hosts.

Past studies have noted that changes in precipitation and temperature affected human social gatherings and the transmissibility of viruses like influenza and COVID-19.

Higher temperatures have been associated with increased COVID-19 cases in some instances with the researchers of the study surmising this is due to extreme heat forcing people indoors, especially in places with poor or reduced ventilation. Similarly, the researchers in this study hypothesized the increased transmission of SARS-CoV-2 during cold spells could be related to increased social gatherings alongside other factors.

Climate hazards also enhanced specific aspects of pathogens, according to the study. This includes improving climate suitability for reproducing, accelerating the pathogen's life cycle, increasing the length of seasons and likely exposure, allowing for organisms carrying the pathogen to more easily spread and increasing virulence.

The researchers gave the example of how warming had positive effects on mosquito population development, survival, biting rates and viral replication, which increases the transmission efficiency of the West Nile virus. 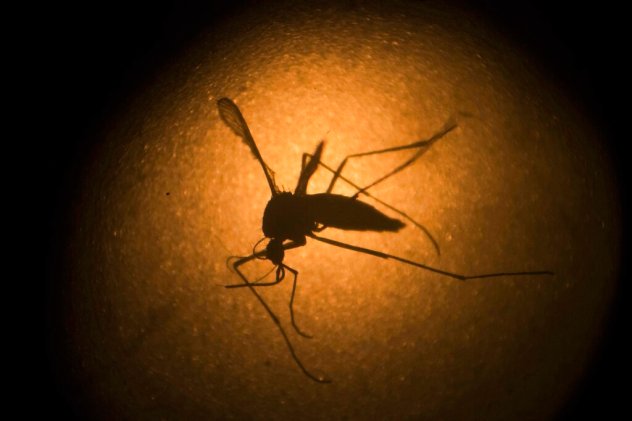 FILE - In this Jan. 27, 2016, file photo, an Aedes aegypti mosquito known to carry the Zika virus, is photographed through a microscope at the Fiocruz institute in Recife, Pernambuco state, Brazil. (AP Photo/Felipe Dana, File)

These weather events have also played a role in impacting a person's ability to fight off disease through exposure to hazardous conditions, reduced access to medical care or forcing people into unsafe conditions.

"Exposure to life-threatening conditions such as floods and hurricanes, extraneous conditions during heat waves and depression from lost livelihood due to drought are a few examples in which climatic hazards are inductive to stress and cortisol variations and a likely mechanism by which climatic hazards reduce the body's capacity to deal with pathogens," the authors wrote.

Their findings weren't limited to infectious diseases, however. When researchers expanded their search to include health problems such as asthma, allergies and skin and respiratory illnesses, they found that out of 286 unique pathogenic diseases, 223 (78%) were exclusively aggravated by climate hazards. Another 54 (19%) were both aggravated by some climate hazards but diminished by others, and nine (3%) diseases were exclusively diminished.

"Given the magnitude of the threat posed by climate change on human disease, hopefully this study leads to working on the dramatic reduction of greenhouse emissions -- the source of the problem," McKenzie said.