"We show that during 1979-2021, the Arctic has warmed nearly four times faster than the globe, and provide evidence that climate models struggle to simulate this four-fold Arctic amplification ratio," the researchers wrote.

The study scientists said their research cautions that referring to Arctic warming as being twice as fast as the global warming rate is "a clear underestimation of the situation during the last 43 years since the start of satellite observations." 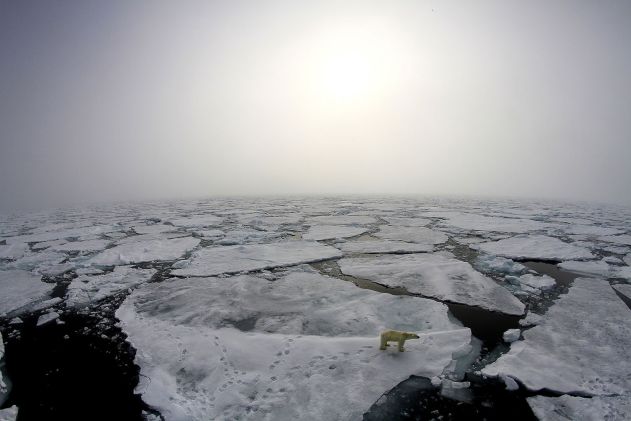 "Our results indicate that the recent four-fold Arctic warming ratio is either an extremely unlikely event, or the climate models systematically tend to underestimate the amplification," the study said.

"It's a really vulnerable environment in the Arctic, and seeing these numbers, it's worrying," said Antti Lipponen, a scientist with the Finnish Meteorological Institute who contributed to the study.

The collaborative study was done by scientific researchers at the Finnish Meteorological Institute, the CICERO Center for International Climate Research in Oslo Norway, and the Department of Applied Physics at the University of Eastern Finland.

The study said those high warming rates are consistent with recent research. The primary reason for such high Arctic Amplification values, the study said, "is the reduction of cold-season ice cover, which has ben most pronounced in the Bering Sea."

In November research found that the Arctic Ocean has been warming since the beginning of the 20th century, fueled by a process called Atlantification.