As fields continue to dry up and farms go out of production, one farmer said the current situation is turning into the absolute “last case scenario” — and the impacts could be felt across the country.

Farmers in California’s Central Valley say water for irrigation is tough to get now, and more fields could go bare by next summer.

As much of the Western United States suffers from drought and cities turn to water restrictions to help conserve water, farmers in California are becoming increasingly worried about how it will impact consumers around the country.

Fresno County Farm Bureau CEO Ryan Jacobsen's farmers in California's Central Valley are preparing to harvest almonds in an area that produces about 80 percent of the state's supply.

“Fresno County is the number one agriculture county in the U.S., we grow 350 to 400 different crops. That is unheard of in most places throughout the world," Jacobsen told AccuWeather's Bill Waddell. 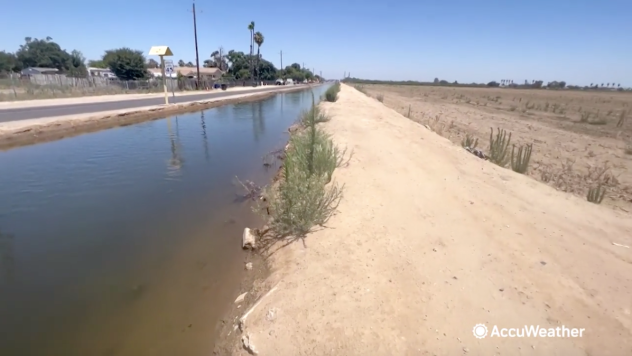 Jacobsen is a fourth-generation farmer on both sides of his family, meaning he and his ancestors have seen many good and bad years for harvesting. The future of growing the country's produce in California is in jeopardy as drought conditions worsen and water restrictions remain, making it harder for farmers to irrigate.

"Hundreds of thousands of acres of farmland have been fallowed across California. Some farmers say even more fields could go dry and out of production by next year," said Jacobsen.

As fields continue to dry up and farms go out of production, Jacobsen said the current situation is turning into the absolute "last case scenario."

"You’re talking about a multi-year, multi-decade investment that, unfortunately, because of the water rules of California, have put us into this scenario," said Jacobsen. 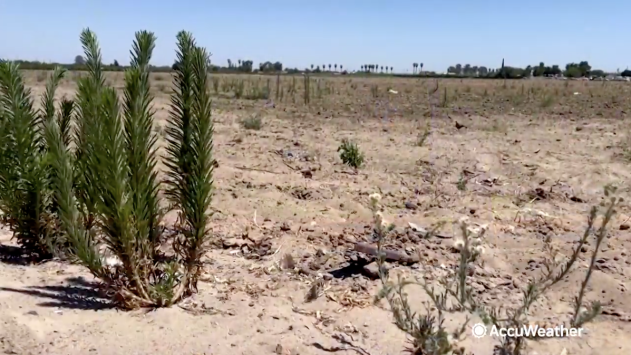 Those that remain in operation will still feel the effects of the worsening drought conditions, which are causing crops to be smaller than average. With crops getting smaller and grocery prices climbing, it is becoming more necessary than ever to help conserve water. Jacobsen urged families across the West to conserve water at home, so more farmers can continue growing food for the state.

"This does affect everybody in this nation. Because California produces in the neighborhood of about two-thirds of the nation's fruits, about one-third of its vegetables,” said Jacobsen.

While the farmers in California's Central Valley have access to some of the most technologically advanced systems in the world for water savings, none of it can come to fruition if there is a lack of the basic input of water.

"It doesn’t matter how much technology you have, you can’t grow these crops," said Jacobsen. 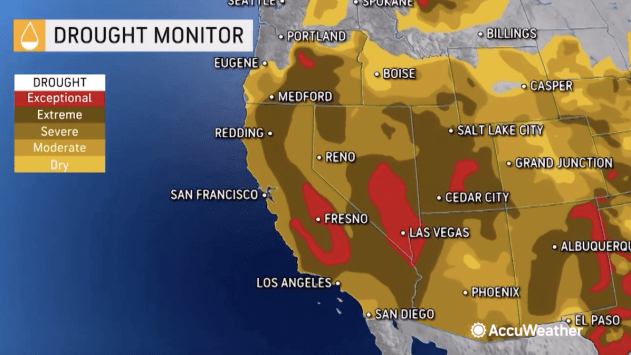 The continued drought in California was amplified during the 2021 water year, which runs from October to May. During this period, several locations in California had one of the top 10 driest water years on record, according to the National Weather Service. Downtown Sacramento and Stockton both received less than 8 inches of rain during this period.

Many areas in central California are still in an exceptional drought as of July 7. About 60% of the entire state is under at least an extreme drought, according to the U.S. Drought Monitor.

The National Weather Service Climate Prediction Center released a seasonal outlook that predicted drought conditions are expected to persist in most of California until at least the end of September.