Do you lose most of your body heat through your head? AccuWeather gets the stone-cold facts from the man known as “Professor Popsicle.”

"Don't go out in cold weather with wet hair or you'll catch a cold!"

It's a sentiment a lot of people have heard throughout their lifetimes from well-meaning parents or grandparents. Many have passed the advice along to their own children. But just how true are these cold weather warnings?

Giesbrecht is one of the world's foremost experts on cold, which has earned him the nickname "Professor Popsicle." He told AccuWeather he's very familiar with the following five weather myths. 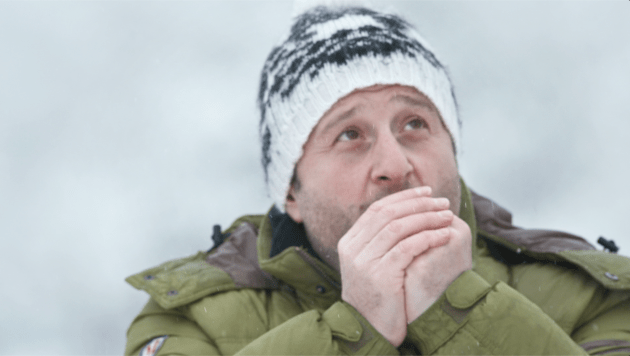 You lose most of your body heat through your head.

According to The Guardian, scientists have traced this top cold-weather myth to a United States Army manual from the 1970s recommending a hat in the cold because "40 to 45 percent of body heat" is lost from the head.

The Guardian notes the myth became popular as a result of a "vaguely scientific" experiment by the U.S. military in the 1950s. "In those studies, volunteers were dressed in Arctic survival suits and exposed to bitterly cold conditions. Because it was the only part of their bodies left uncovered, most of their heat was lost through their heads," The Guardian reported.

While the head and chest are more sensitive to temperature changes than the rest of the body, it can feel like covering them up does more to prevent heat loss. However, as Giesbrecht notes, covering one part of the body has as much effect as covering any other, it's simply about the amount of surface area that is exposed to the cold.

As The Guardian reported, "If the experiment had been performed with people wearing only swimming trunks, they would have lost no more than 10% of their body heat through their heads."

“You’re not going to become hypothermic through your head. But, on the other hand -- I've got a pretty scientific view of this -- if your head is cold, put a hat on,” Giesbrecht chuckled to AccuWeather.

Being exposed to cold weather can cause the common cold.

Bacteria and viruses, not the weather, cause infections such as the common cold, influenza (the flu) or pneumonia.

So why does it seem like so many of us get sick in the winter months? While it isn't the temperature itself that causes illness, the cold causes more people to stay inside which is associated with an increased risk of catching a virus. Additionally, school is in session during the colder seasons, which can lead to increased bacteria spread among people.

Additionally, lower humidity in colder months may increase the risk of getting certain infections because many common cold-causing viruses are believed to survive better in low-humidity environments. There's also evidence, according to research from Harvard University Medical School, that exposure to low temperatures suppresses the immune system, so the opportunities for infection increase.

A hot drink is a great way to warm up.

It may help you psychologically beat the low temperatures, but a hot drink can physically cause your body to cool down faster than a cold drink.

There are nerve receptors on your tongue and thermoreceptors in your throat that cause your body to increase sweating. The output of sweat when you drink a hot beverage is greater than the internal heat gain and when that sweat evaporates, your body cools down. And consuming beverages that are too hot -- above 140 degrees -- may pose its own set of risks, one recent study showed.

Shivering is a sign that your body is getting colder.

Not exactly, Giesbrecht said. Shivering is a defense mechanism against falling body temperatures. When your body does become too cold, its automatic response is to tighten and relax the muscles in rapid, rhythmic succession in order to warm up. Giesbrecht says shivering is perfectly natural, up to a point.

“If you have ongoing shivering for 10 or 15 minutes, for instance, that’s a sign that you are not turning it around; you’re continually cold-stressed enough that you’re still shivering. That’s a sign that you need to do something ... Put on more insulation, do more activity to produce more heat or change your environment.”

If you fall into freezing water, you'll quickly die from hypothermia.

This belief has caused a lot of people to lose their lives because they panic, Giesbrecht said. “People think they’re going to get much colder faster than they actually will."

"An adult human is a big chunk of meat, and it takes a lot of energy and a lot of time to actually cool it off," he said."In cold water, far more people die in a short period of time, not because of hypothermia -- they die because they drown, either because the first thing that happens in cold water, especially if you're submersed quickly, is gasping and hyperventilation."

Giesbrecht says that if you believe you're going to become hypothermic and die within minutes, then you're likely to panic and it becomes a much more exaggerated situation. While your body can become incapacitated by the cold within 10 minutes, if you know you won't become hypothermic for a much longer time, you're more likely to remain calm initially and make better decisions that substantially increase your chances of survival.

When you go into cold water shock, gasping and hyperventilation can also be accompanied by an increased heat rate and blood pressure. Cold shock can last between one and three minutes, but you'll get over it, Giesbrecht says. The main thing to focus on for the first minute in the water is getting your breathing under control. After catching your breath, you need to find the best escape route. In the video below, Dr. Giesbrecht demonstrates exactly how to survive and escape falling into icy water.

Giesbrecht notes that it's important to remember that while cold weather myths can be harmless, they can also be deadly.

Professor Popsicle's number one tip for being outdoors and protecting yourself in the cold is to stay dry. If you're going to be exerting yourself outside, maybe take off a layer before you start the activity so you don't sweat as much. Sweat is OK when you're producing heat, Giesbrecht says, but when you stop, it turns cold.

"Now you're sitting there not producing heat and your clothing is wet and you're freezing."