A temporary bridge was deployed to save the approximately 200 individuals after they became separated from the shoreline.

A quick-thinking rescue mission by local agencies in Minnesota resulted in the saving of approximately 200 individuals who became stranded on an ice block Monday, Nov. 28.

At Upper Red Lake in Beltrami County, Minnesota, in the northern sector of the state, 911 calls were sent out to the local sheriff’s office at 11:34 a.m. local time Monday. Callers indicated that while the individuals were fishing, a large chunk of ice broke away from the main shoreline, leaving an estimated 200 people floating on the ice. 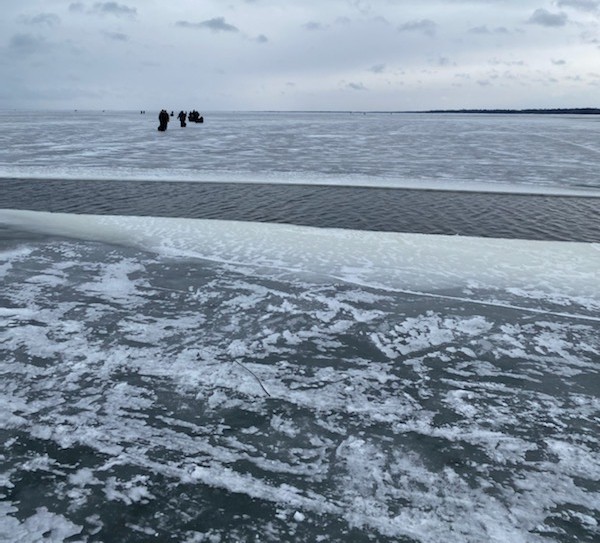 First responders laid out a temporary bridge to safety for approximately 200 individuals that were stranded on an ice block in Beltrami County, Minnesota on Monday. (Photo by Beltrami County Sheriff's Office)

The Beltrami County Sheriff’s Office and other first responders responded to the calls, discovering the large ice chunk that had broken away with up to 30 yards of open water separating the individuals from shore.

Water rescue agencies and vehicles arrived at the scene, assessing the open water with visual and drone operations and eventually finding a narrow spot of the separation. A temporary bridge was deployed on the southeast corner of the lake with first responders helping individuals escape the ice safely. Airboats, water rescue boats and ATVs were all involved in the rescue, which was completed by 2:37 p.m. local time.

The Beltrami office reminded their residents and potential fishers at the lake after the rescue that ice during this time of year is “very unpredictable.” 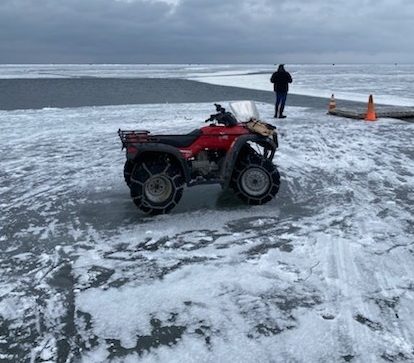 ATVs and a bevy of other equipment were used to rescue approximately 200 individuals that were stranded on an ice block in Beltrami County, Minnesota, on Monday. (Photo by Beltrami County Sheriff's Office)

“Extreme caution should be used when heading on the ice, and to check the thickness frequently to ensure an adequate amount of ice,” the sheriff’s office stated.

AccuWeather Senior Meteorologist Carl Erickson concurred with the instability of early-season ice, as it can easily break off into chunks during November and early December.

“Sometimes, offshore winds can cause ice sheets to break away from the shoreline under certain conditions,” Erickson stated. “Other factors such as wind speed, age and thickness of ice, and whether there are any cracks in the ice…this can happen even when temperatures are below freezing and the ice is thick.”